Electric fields are used in this project to improve aerodynamics on moving vehicles. Traditionally, vehicles such as freight trucks can use up to 65% of their total fuel consumption simply to overcome drag forces seen at highway speeds. Low-pressure zones behind a moving vehicle cause up to 25% of those drag forces, and can be minimized if airstream separation can be prevented. Similar improvements can be made on other aerodynamic forms such as airplane wings. In this project, a high-voltage alternating current is used to produce electric plasma which ionizes the air molecules surrounding a typical airfoil cross-section. The electric field then accelerates the ions in the desired direction so that boundary layer separation is minimized.
Contact:
Prince Ghosh, prince.ghosh@case.edu
Norbert Gratzl, nmg47@case.edu
Learn more about DBD Plasma Actuator 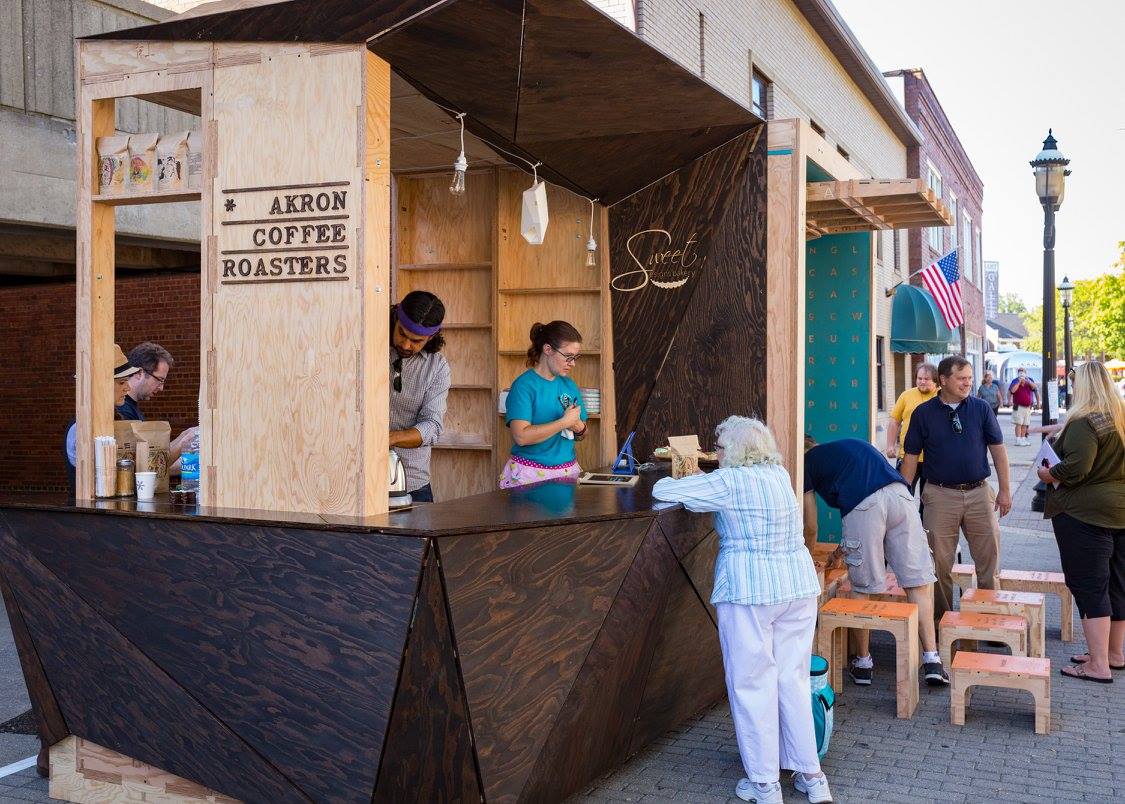 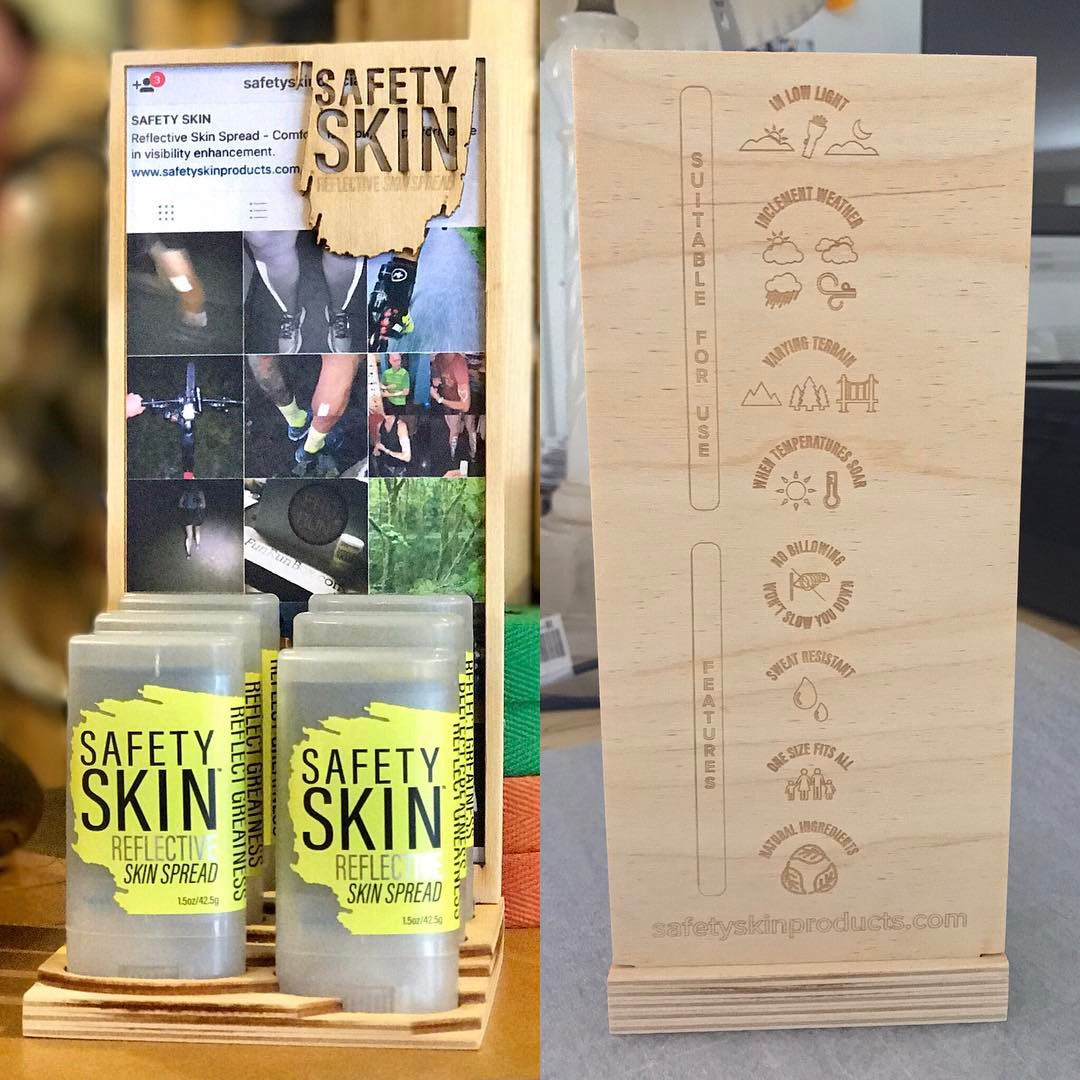 Safety Skin is a high-visibility reflective spread designed to be directly applied to the skin. Runners, cyclists, and other outdoor athletes concerned about night-time visibility use the product to alert automobile drivers to their presence. This product display was created using layers of laser-cut wood.
Learn more about Safety Skin Product Display 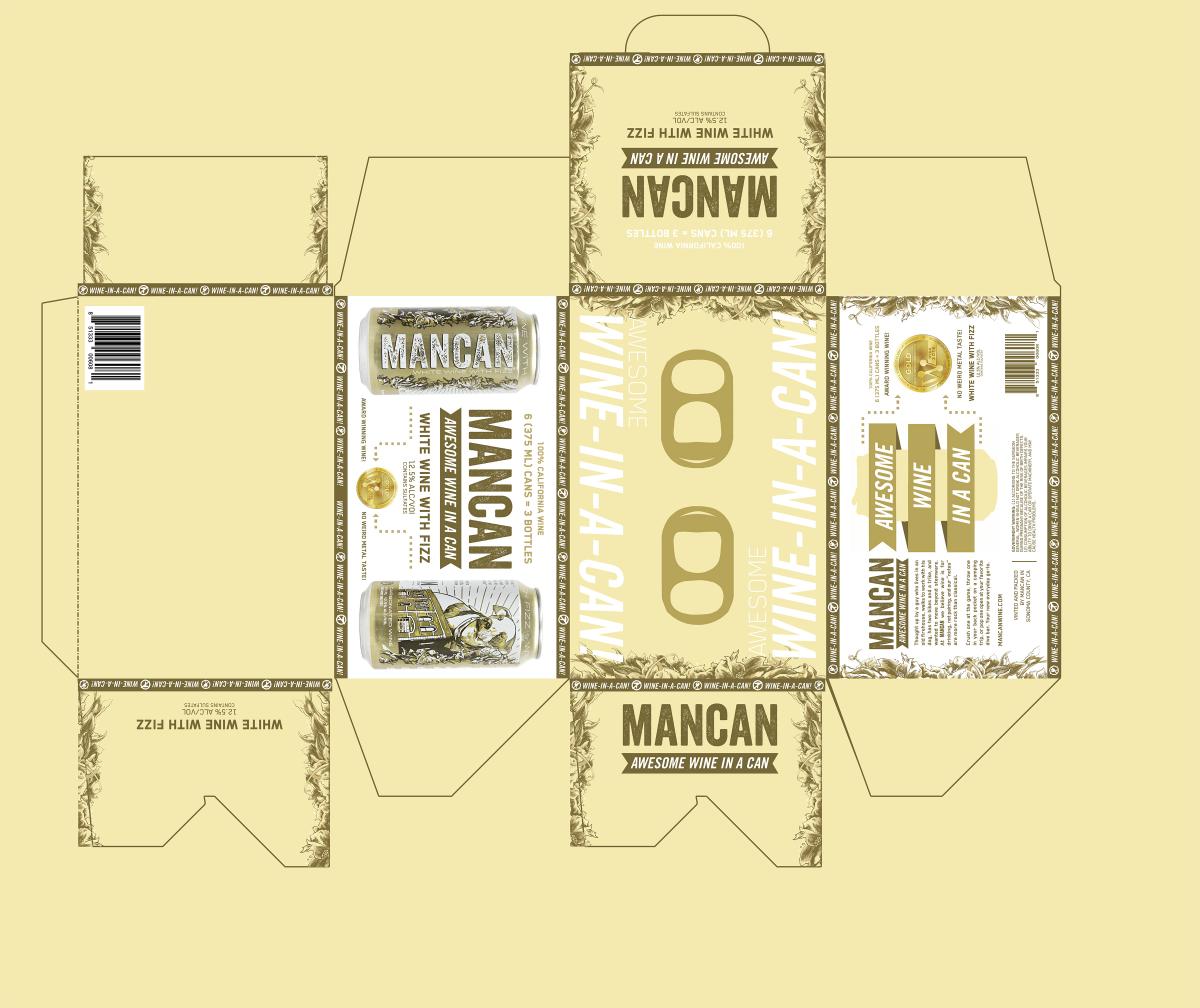 MANCAN Wine is a blended wine packaged in a can instead of the traditional bottle to meet lifestyle needs and lower transportation costs. Product designers with MANCAN Wine used the laser cutters and media area at think[box] to create prototypes of their new 6-pack product packaging.
Learn more about MANCAN Wine 6-Pack Boxes 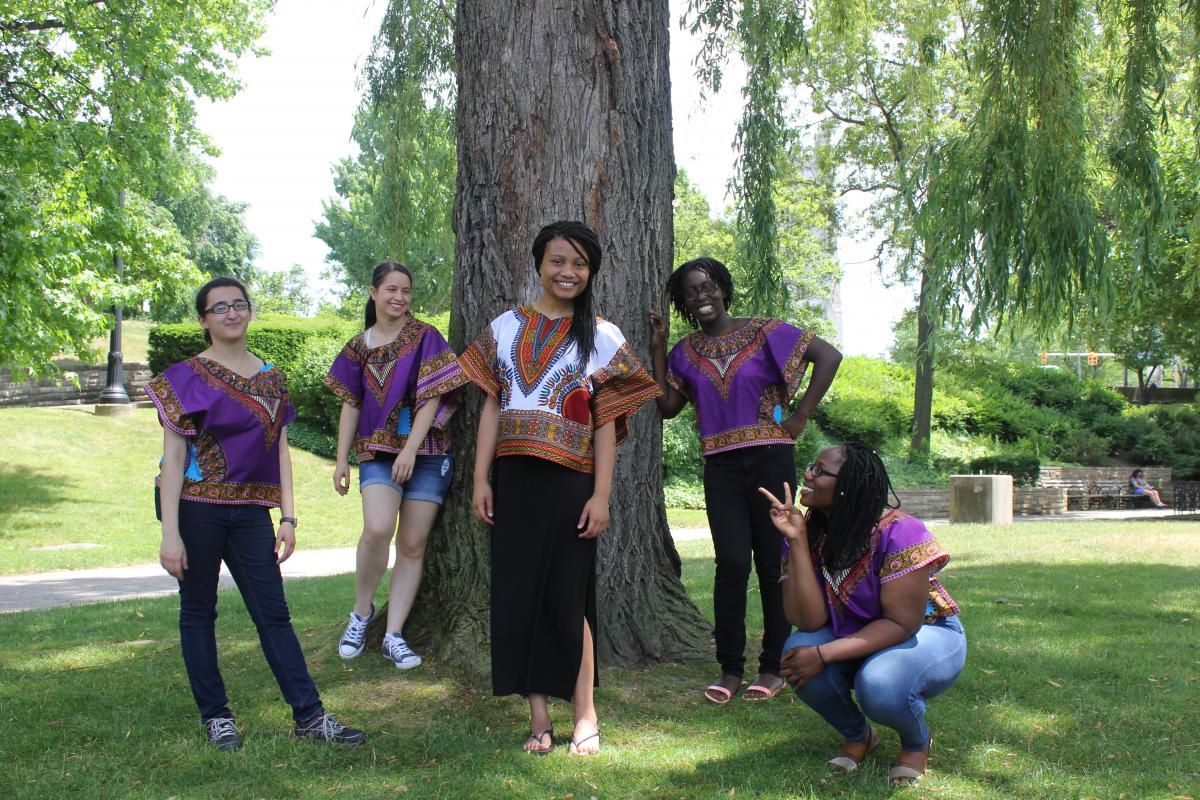 CHIMU is an African fashion line of handmade Dashiki designed and made by Chioma Onukwuire, a Polymer Science and Engineering Student at Case Western Reserve University. A Dashiki is colorful, loose-fitting garment with ornate decoration on the collar and hems. While designing the clothing Chioma made fashioned the garments herself using sewing and embroidery machine at think[box]. Soon Chioma’s clothing brand will be expanding in collaboration with a local Nigerian seamstress.
Contact:
Chioma Onukwuire , cjo27@case.edu 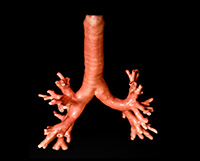 A training gap was identified in the anesthesiology field regarding bronchoscopy and lung isolation. Turning Mode - a Cleveland-based health-tech startup - prototyped these Tracheo-Bronchial models using 3D printers at think[box] to attempt to solve this problem. The models were presented at Lung Isolation Workshops at Mayo Clinic and Cleveland Clinic in Q1-2017. Turning Mode has since developed additional models as well as videos and training aids to assist with the usage of the anatomy models.
Contact:
Jorge Zapata , jorge.zapata@turningmode.com 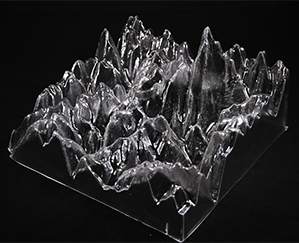 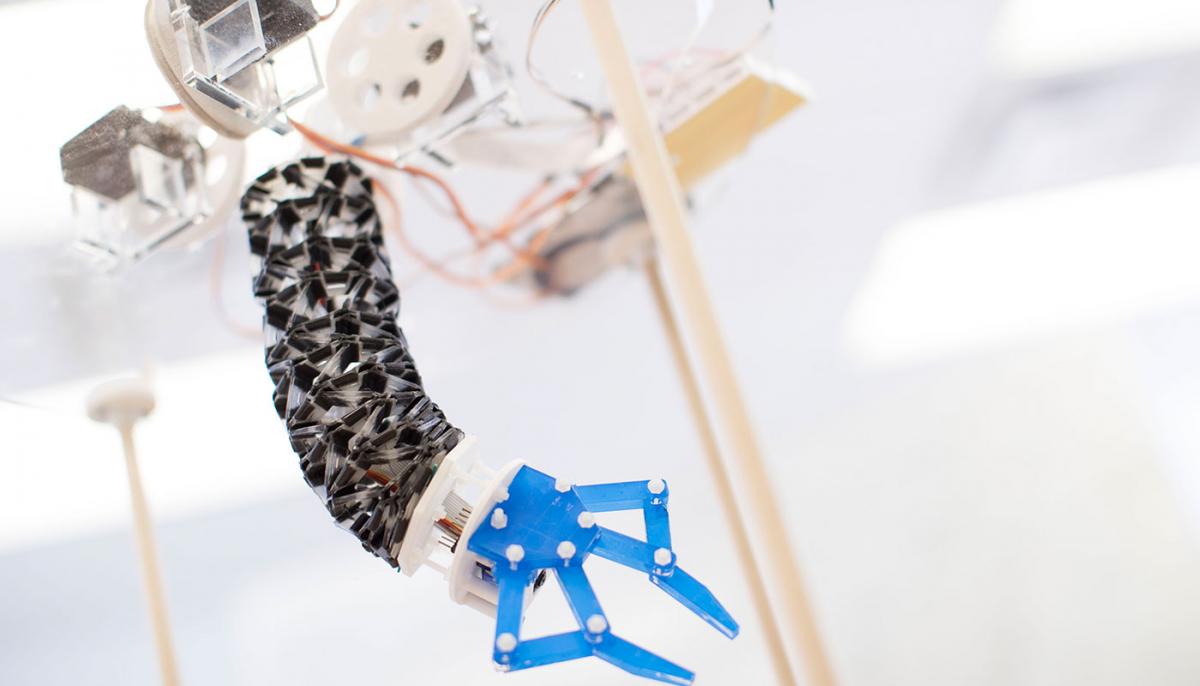 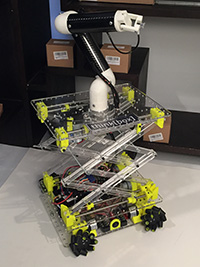 AIMbot (Automated Inventory Management Robot) is designed to autonomously store and retrieve packages inside of a warehouse. It features an omnidirectional mecanum drivetrain, a dual scissor lift, and a 5-axis articulated arm with a suction gripper. The platform's modular architecture allows it to also be configured for custom applications. Wyat Slifcak built the first prototype at think[box].
Contact:
Wyatt Slifcak , wrks4y@gmail.com 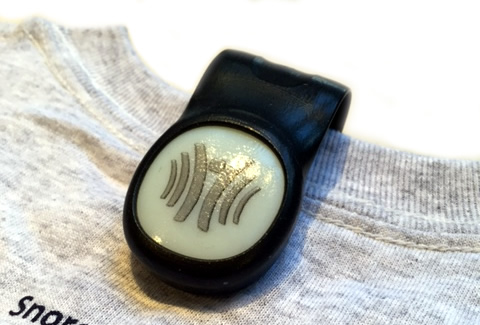 SnoreCoach monitors your sleep position during the night. It communicates with an app called SnoreTrack (iOS and Android versions available), which listens to you while you sleep and analyzes your snore patterns to look for Obstructive Sleep Apnea. If you are snoring and are on your back, SnoreTrack sends a signal back to the SnoreCoach telling it to vibrate. A good percentage of snoring and apnea events are positional in nature, and this product combination empowers users to change their sleep habits to lessen snoring and sleep apnea.
Contact:
Phil Ryder , phil@huneo.com
Learn more about SnoreCoach