Undergrad's research to be featured in upcoming paper 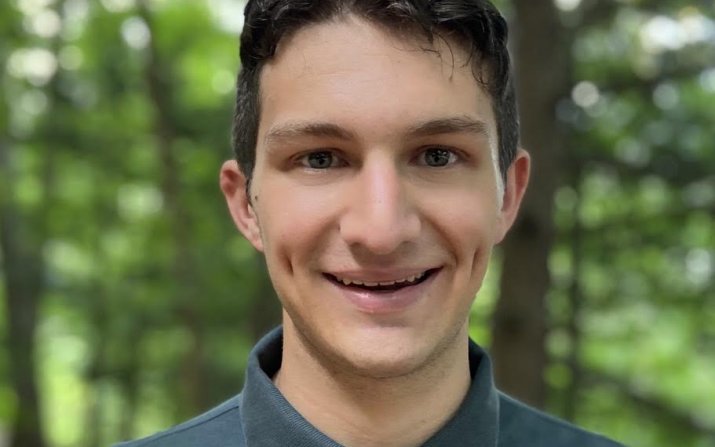 A junior in MSE, Hugh Smith sees climate change and energy as “the biggest scientific and engineering problem our world faces” and hopes to make an impact in energy systems or storage.

Smith has already begun to make an impact in the field of materials science.  Some of his data science research will be featured in the upcoming research paper "Dimensional stacking for machine learning in ToF-SIMS analysis of hetero-structures," which he wrote with Kevin Abassi, Matthew Hoffman, Elahe Farghadany, Laura S. Bruckman and Alp Sehirlioglu.  The paper was submitted to Advanced Materials Interfaces.  He has already begun work on another paper featuring his mathematical model fitting, "tr-KPFM Measurements on the Surface LaAlO3/SrTiO3 Heterostructures."

In 2021, he plans to present some of his work at the Electronic Materials and Applications Conference, which is hosted annually by The American Ceramic Society.

Smith's main interests in materials science include making more energy efficient technology and researching the production and storage of clean energy.  After he graduates from CWRU in May 2022, he hopes to pursue a PhD, then pursue a job in either government research or private sector research and development.

Originally from Albany, New York, Smith was drawn to CWRU for the community atmosphere, the wide variety of research opportunities and the collaborative environment.  He had not considered materials science and engineering as a field of study until he took ENGR 145 his freshman year, which inspired him.  “I talked to students in the department, looked into the research going on at CWRU, and investigated all of the things one can do with a degree in materials science and engineering,” he said.  His ENGR 145 TA, Miranda Gottlieb, was particularly influential during his underclass years, having given him a lot of advice.

Active around campus, Smith serves on the executive board of Hillel and the Undergraduate Materials Society at CWRU. He is minoring in history and geology in addition to majoring in Materials Science and Engineering.  “(Geology) is just natural materials science, so I am pursuing a minor in that to leave the door open for work or research in geochemistry.”  He is also passionate about politics.