Cooperation and Creativity: How Undergraduate Research Thrived during a Covid Summer 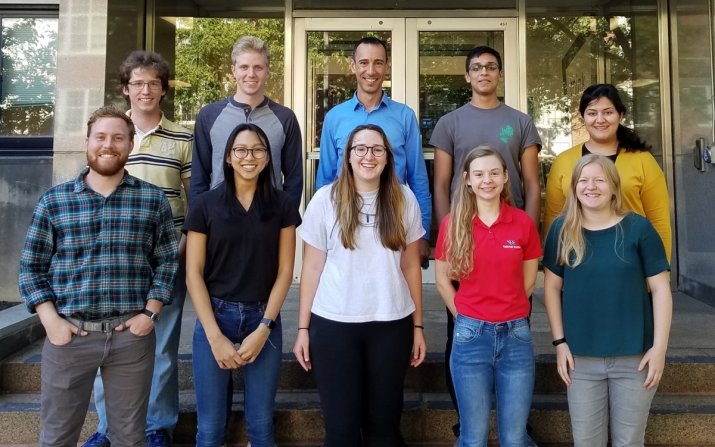 One of the main focuses of the conference was the 100th anniversary of the discovery of ferroelectricity.  Ferroelectricity was first discovered by Joseph Valasek, a University of Minnesota PhD student, while he was studying Rochelle Salt structures in 1920, and its perovskite structure was determined in the 1940s.  Since then, ferroelectric materials have driven in approximately $7 billion worldwide.  The conference also focused on the applications of electroceramic materials in electronic, electromechanical, magnetic, dielectric, biological and optical components, devices, and systems.

The conference included plenary sessions, poster sessions, tutorials, speakers and a seminar on the history of ferroelectronics.

Valasek was born in Cleveland in 1887 and received his undergraduate degree in Physics at Case Institute of Technology.

Over 300 people from 33 different countries attended the conference.

Sehirlioglu has been involved with the American Ceramic Society since he was a graduate student at University of Illinois.  He is currently chair-elect of the Electronics Division and will become chair in the fall.  He was the chair of the local chapter in the past, as well as a founding member of the Young Professionals Network.