Congratulations to the Class of May 2021! 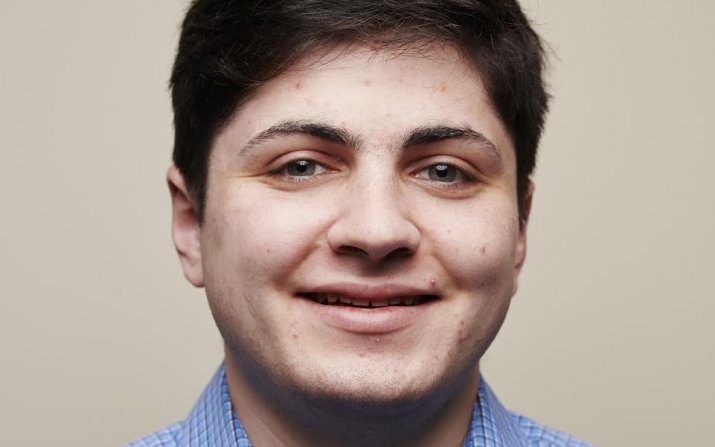 Ian Wise was awarded the 2021 John F. Wallace Prize, which is awarded annually by the Case Alumni Assocation to students who best embody the late Professor John Wallace's spirit and dedication toward metallurgical engineering and metal casting.

A Burbank, Calif. native, Wise heated thin steel ribbons in an isolated environment with an organic reagent, testing for C and N concentrations in the case-hardened steel for his senior project, “Low-Temperature Nitrocarburization of Austenitic Stainless Steels.” The primary goal through the experiments was to develop a better understanding of chemical properties of interstitial carbon and nitrogen atoms through their interactions with stainless steel. He was particularly fascinated by the level of nitrocarburizing treatment that was done to his samples in the short heating time. “(The level) was much higher than expected,” he said. “This is really interesting and warrants further testing.” Wise primarily worked with Professor Frank Ernst, PhD candidate Cyprian Illing and Zhe Ren, a materials research engineer at FENIX MAGNETICS, INC. who graduated from CWRU in 2019 with a PhD in 2019. He also worked with Associate Professor Matthew Willard and M.S. candidate Haobo Wang on the encapsulation portion of his project.

"The most significant difficulty of working during a pandemic was that it took a lot longer to complete each step of the project,” said Wise. “For example, getting access to equipment was more time-consuming and limited due to safety concerns, so I am grateful to have had the support of Prof. Ernst and Prof. Willard's group to be able to complete my experiments.” Despite COVID-19 restrictions, he was happy with the results of his project, considering it one of his biggest accomplishments of his undergraduate career.

Wise, who was also a member of CWRU’s rowing team, was drawn to materials science and engineering because it shared aspects of both chemical and mechanical engineering that appealed to him. It was visiting the materials science and engineering department at CWRU that confirmed this was where Wise wanted to spend his undergraduate years. He remembers how happy the students and faculty in the department seemed and how welcoming they were when he visited. It was during his original visits that Wise began to build a relationship with Ernst, whose research group he joined as an undergraduate. “Professor Ernst has been a constant source of inspiration and direction for me as a materials science and engineering student,” said Wise. “I'm fairly confident I might not have chosen to pursue graduate research without his guidance. I can't thank Professor Ernst enough for his mentorship throughout my undergraduate career.”

After Wise graduates with his B.S. in materials science and engineering in May 2021, he will return to his home state to pursue a PhD in materials science and engineering at University of California, Santa Barbara. He will join Professor Irene Beyerlein's research group, where he will conduct research in applying phase-field dislocation dynamics simulations to structural materials systems. He is unsure what career he wants to pursue after his graduate studies, but is considering researching at a national laboratory. “I'm obviously drawn to research, and right now continuing down that path by perhaps working at one of the national laboratories is a compelling idea,” he said. “I'm mainly intrigued by research that tries to create or understand the novel materials and processes that make up our global infrastructure and systems of transportation.”

"Thank you so much to my parents, to Phoebe and Holden, and to my grandparents and extended family in Cleveland for always being there for me these past four years!” said Wise.