From Ghana to Fisk to CWRU to Apple 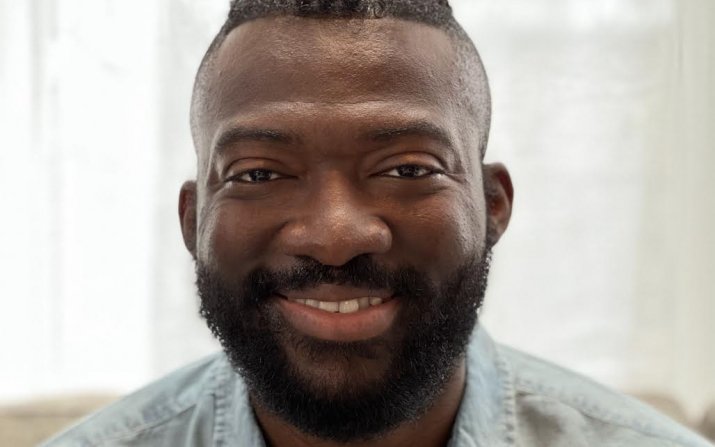 When he was studying for his M.S. in Materials Science and Engineering at Case Western Reserve University, Richard Akrobetu was told by his advisor, Associate Professor Alp Sehirlioglu, that “it doesn’t matter what you know prior to solving the problem; it’s how you tackle the problem.” This piece of advice has stuck with Akrobetu, who started a career as a Materials Engineer at Apple’s Silicon Valley, Calif. headquarters in January 2021.

At Apple, Akrobetu is a Materials Engineer and develops the next generation of thin film coatings, ranging from cosmetic to functional, for Apple’s products. A typical day for him involves “lots of collaboration and meetings with team members” both in the office and virtually on a broad range of products. His organization includes Materials Engineers, Polymer Engineers, Glass and Ceramics Engineers, Alloy Engineers and Computer Engineers.

After he graduated from CWRU in 2017, Akrobetu became a Process Engineer at Ionbond IHI Group in Beachwood, Ohio, where he developed industrial coatings for a broad range of industries. It was while working at Ionbond that he was contacted by an Apple recruiter, originally for a different role. During the interview process, Akrobetu was particularly impressed that the panel was not only interested in his resume, but in how he solved problems. He described the panel as “very conversational.” Even though he did not get the original role he was contacted about, he was contacted again by recruiters for his current role.

Akrobetu was born in Ghana and moved to the United States in 2003, when his father decided to pursue an M.S. in Computer Engineering at Lincoln University in Jefferson City, MO. It was Akrobetu’s father’s interest in engineering that sparked his own interests. After graduating high school, he went to Fisk University in Nashville, TN, where he was first introduced to CWRU through their research collaborations with Fisk.

While at CWRU, Akrobetu primarily studied conductivity in oxide ceramics and thin film coatings in Sehirlioglu’s research group. Members of the research group came from a variety of backgrounds and frequently discussed their research together, often discovering that someone else’s experience would be relevant to one’s own current studies. He appreciated the opportunity to not only conduct his own research, but support multiple PhD projects for students at CWRU, University of Michigan and Mines ParisTech in France. Many of his experiments were performed at NASA Glenn Research Center, where he enjoyed the exposure to work contributing to space exploration.

Akrobetu, whose personal materials interests include functional coatings, tribological properties, abrasion resistance, wear resistance and battery engineering, pointed out that he had no materials background until joining the department, but still trained himself in a new way of thinking and successfully defended his thesis. “It was great to apply to a whole new program that I had no experience in, have Alp take a chance on me and introduce me to a new way of thinking,” said Akrobetu. “And now I love Materials Engineering.”

The advice from the department’s weekly colloquial speakers stick with Akrobetu to this day. He remembers one speaker saying that the job of an engineer is to solve problems. “Each speaker shared different research and experiences with us.” He was particularly enthralled when National Institute of Standards and Technology’s Robert Shull came to speak to the students and brought along the Nobel Prize medal his father, Clifford Shull, won in Physics for students to hold. “I loved getting to hold the medal.”

"Coming from Fisk, a Historically Black University, to Apple would not be possible if CWRU didn’t have relationships with schools like Fisk,” said Akrobetu. “It’s great that this department reaches out and accepts students from a large range of backgrounds, working to build a research community that looks like society does.” He advised current students “not be scared of trying new fields or discussing the problems you’re facing with the other bright minds around you.”