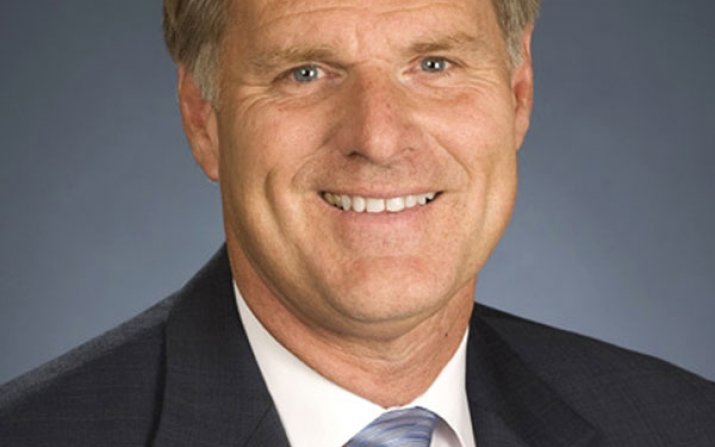 After spending nearly four decades in academia and engineering education, Professor W. A. “Bud” Baeslack III will transition to emeritus status in January, 2022.

"Case Western Reserve University is a very special institution and it has been a privilege to be a member of the University community” said Baeslack, a graduate of The Ohio State University (B.S. and M.S. in Welding Engineering) and Rensselaer Polytechnic Institute (Ph.D. in Materials Engineering). “I appreciate our strong focus and priority on student  success at every level, combined with the performance of world-class, high-impact research.”

Baeslack’s career in academia began in 1982, when he completed his military service at the Air Force Research Laboratories and became an assistant professor in the Department of Welding Engineering at Ohio State.  Following his promotion to Professor and a sabbatical leave at The Welding Institute in Cambridge, he served as Department Chair,  Associate Dean for Research and College Development, Interim Vice President for Research and President of the Ohio State Research Foundation. In 1999, he returned to his Ph.D. alma mater as Dean of the School of Engineering and subsequently was appointed Executive Dean of the Professional Colleges.

In 2008, Baeslack was appointed CWRU Provost and Executive Vice President by CWRU President Barbara Snyder.  A native of Northeast Ohio, Baeslack was already familiar with CWRU and had participated in several collaborations with CWRU while at OSU. During his time as Provost, Baeslack was most proud of his involvement in the hiring initiative he and President Snyder created that brought in numerous engineering faculty, including three faculty members in the materials science and engineering department, and several infrastructure projects including think[box].

After a decade as CWRU Provost, Baeslack returned to his role as a full-time materials science and engineering faculty member and his first passions in academia - teaching, research and working with students. His contributions have not gone unnoticed. “He is highly regarded by our faculty, students, and staff and is known to care deeply for students,” said Frank Ernst, chair of CWRU’s Department of Materials Science and Engineering.

During his tenure as a materials science and engineering faculty member, Baeslack has coordinated the department’s colloquia series and taught EMSE 120: Transitioning Ideas to Reality II - Manufacturing Laboratory and EMSE 308/408: Welding Metallurgy. He also developed and taught a SAGES First Seminar course for freshman entitled The Impact of Materials on Society. “The tremendous effort and energy he put into developing, preparing, and teaching this course was highly appreciated by our students and earned him much recognition and respect from students and faculty alike,” said Ernst.

When Baeslack began at Ohio State as an undergraduate student, he decided on the Welding Engineering program because of its interdisciplinary nature and its “hands-on” curriculum.  He often found that the materials engineering aspects of his classes interested him the most, leading to his doctoral studies in welding metallurgy.   Baeslack’s main interests in materials include welding metallurgy and the weldability of advanced aerospace materials, such as titanium, aluminum, nickel- based alloys, magnesium, intermetallics and metal-matrix composites. He is internationally recognized for his work in the aforementioned areas and has had work supported by the Office of Naval Research, the Army Research Office, the Air Force Office of Scientific Research, NSF and the Ohio Edison Program. The author of more than 200 journal and proceedings articles, technical reports and book chapters, he has been elected a fellow of The American Welding Society, ASM International and The Welding Institute.

When Baeslack officially receives emeritus status in January 2022, his main focus will be finishing a book he is co-authoring with a former Ohio State colleague entitled Welding Metallurgy and Weldability of Lightweight Alloys. He plans to stay involved with the department, including committee work, student advising and teaching EMSE 308/408 in Fall 2022. Additionally, he looks forward to spending more time with his wife, children and grandchildren.

Baeslack was honored by his department at a lunch on December 8, where he was presented with gifts. “Bud, we are grateful for all the bases you have been running to and covered,” Ernst said, referencing Baeslack’s love of baseball. “You have made a great contribution to our ball count.”