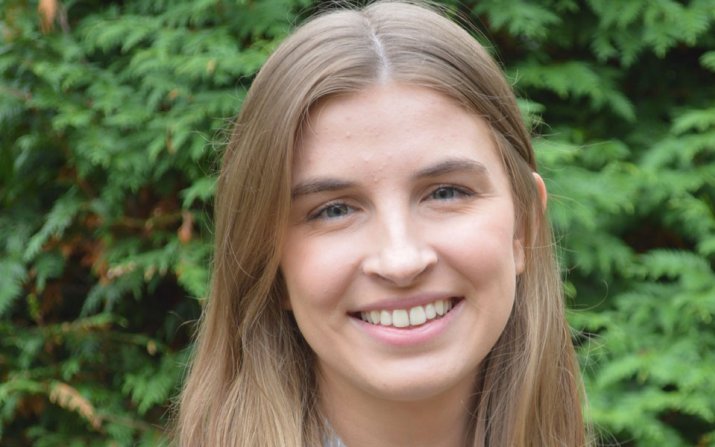 Grace Floring has always been intrigued by the space exploration industry—and how it brings thousands of people together to make new discoveries about our universe every day. She knew studying at Case Western Reserve University would best position her for a career in the field.

Now a fifth-year pursuing her Master’s of Science in Fluids and Thermal Sciences through the integrated MS/BS program, Floring was recently chosen as a recipient of a Selected Professions Fellowship by The American Association of University Women (AAUW)—a nonprofit, nonpartisan organization that encourages and promotes girls and women to further their graduate education, and inspire others to pursue academic work.

Through the fellowship from AAUW, she has access to resources such as monthly newsletters and online groups, which will allow her to gain more insight into the field.

“When I learned I was selected, it affirmed that I am exactly where I need to be, and that with persistence and support from my mentors and peers, the hard work pays off,” she said.

Her work inspiring other women extends to what she does on campus, having served on the executive board of CWRU’s chapter of Society of Women Engineers for four years, now as its president.

Its mission to help other girls and women in the field is personal for Floring, as she has had times where she’s felt lesser as a woman in the field. She wants young girls to know that they can explore any career they want.

One challenge, she said, is combating the notion of, “math is hard, I hate math,” which can discourage young girls from pursuing STEM.

“If a support system of women in the field is created, we could be a dominating force in engineering,” she said. “We just need to let others know that ‘I’m here too, and we can do this together.’”

Also in her time at Case Western Reserve, Floring has been an orientation leader, a teaching assistant and she’s been involved in Greek Life in the Ohio Lambda Chapter of Pi Beta Phi. She is also conducting research in the Computational Fluid Dynamics and Supersonic Combustion Research Laboratory on campus under her advisor, Brian Maxwell, assistant professor in the Department of Mechanical and Aerospace Engineering. When she graduates, she hopes to enter the aerospace industry, preferably with an engineering position in space exploration.