A ‘game changer’ for people with sickle cell disease 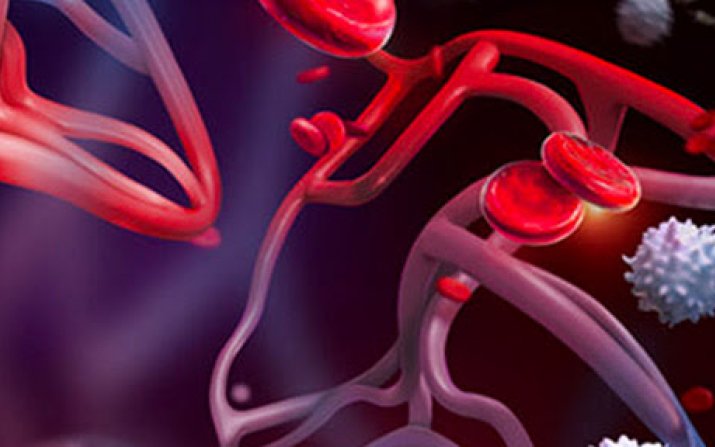 Doctors treating people who suffer from sickle cell disease (SCD) may soon be able to give their patients a simple blood test to determine how effective and potent certain new gene therapies might be against the disease.

Engineering professor Umut Gurkan led a team that invented the micro-engineered diagnostic blood-test tool. The test could be available to physicians as early as this fall from Cleveland-based spinoff company BioChip Labs, which would produce and market the tool.

“Personalized accurate diagnostics can be a game changer for SCD care, and we wanted Cleveland to be the center of the universe for this advancement,” said Gurkan, professor of mechanical and aerospace rngineering in the Case School of Engineering, where he leads the CASE Biomanufacturing and Microfabrication Laboratory.

Hope for those suffering with SCD

SCD is the most well-known among a group of inherited blood disorders, affecting about 100,000 people in the United States and about 20 million worldwide, according to the NIH.  It is particularly common among those whose ancestors came from sub-Saharan Africa, among other areas, according to the CDC.

SCD results from a single genetic mutation that causes a person’s red blood cells to form an abnormal, sickle shape which can clog small blood vessels and deprive tissues of oxygen, leading to organ damage, pain, and possibly death.

While gene therapy developments are still largely in the research stage, companies are increasingly investing in these technologies, according to the NIH. Gene therapies work when scientists or doctors add a new or change existing DNA to replace a damaged (mutated) gene or inactivate a mutated gene.

Zak said he and Gurkan are helping to close a ‘diagnostic gap’ created by the rapid growth of new therapies, but a lag in reliable, accessible blood testing to  measure how effective those therapies might be for individual patients.

“Our team is committed to making these new blood tests available for translation on a global scale in both high- and low-resource settings,” Gurkan said.

Recognition from AMA, Medicare and Medicaid

“This is a huge step for moving these advanced diagnostic technologies from the lab bench to the clinic,” Gurkan said. “These codes are the first of their kind for testing red blood cell health and this means that any hospital or hematology clinic in the US can now order these tests for their patients.”

Zak, who earned his medical degree at Case Western Reserve and has collaborated with Gurkan on other blood-related diagnostic breakthroughs, said the new suite of tests are a step toward getting therapies to people who need them.

“It’s something that we believe will help to address a terrible disparity in healthcare, as SCD has historically been an overlooked diagnosis,” Zak said.

Gurkan has long focused on blood research, especially with regard to providing point-of-care diagnostics for underserved populations. In 2020, he and another spinoff company, Oregon-based Hemex Health, launched a blood test device called “Gazelle” to screen for SCD in low-resource environments.

He also leads a Case Western Reserve team awarded up to $3.7 million in federal support to assess emerging genome editing-based therapies being tested for treatment for SCD at leading U.S. research universities and hospitals.

This article was originally published Sept. 8, 2022, in The Daily.