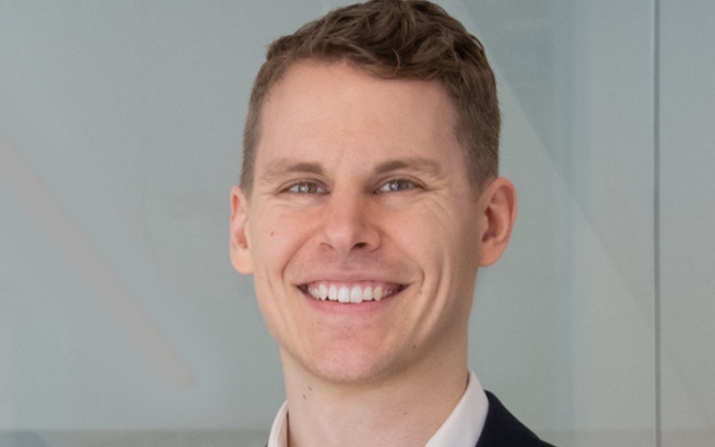 From an early age, Bryan Schmidt was fascinated by things that went fast.

Now an assistant professor in the Department of Mechanical and Aerospace Engineering, Schmidt, who is also an alumnus of the department, has received two awards that will help bring those interests to life in his lab through hypersonic flight experiments.

With funding from the Office of Naval Research’s Young Investigator Program (YIP) and the Air Force Office of Scientific Research’s (AFOSR) Defense University Research Instrumentation Program (DURIP), Schmidt will work to understand what happens when something impacts water going faster than speed of sound in water, a project that will have important implications for defense against extremely fast moving weapons. To do this, he will build a facility capable of launching models at approximately 10,000 mph (a speed three times faster than any other similar experiment) into water, and observe its reactions.

For typical hypersonic testing, most labs use wind tunnels where air runs over the model, versus launching the model, so that they can attach sensors and avoid damage. Schmidt revealed that in these experiments temperatures are either lowered to reduce the speed of sound—allowing for higher Mach numbers to be reached—or the flow has a different chemical makeup than air, which causes inconsistencies.

“In our facility we will take a model and launch it at the actual flight speed,” he said. “We will match all the physics correctly, but that makes measurements harder because now you can’t put sensors on the model because they won’t survive.”

So, how will Schmidt record the results? A very high speed camera that takes 200 million frames per second. For reference, an iPhone camera can take 240 frames per second and a human eye can only “take” about 30.

Schmidt thinks this type of impact on water will cause some interesting outcomes like boiling water, shock waves, pockets of ice formation, sonoluminescence—high-energy acoustic waves that emit light—and more.

“I’m really excited about this project,” Schmidt said. “This is something I’ve been wanting to do for a couple years now.”

In addition to his hypersonic testing work, Schmidt also recently received funding from the National Science Foundation (NSF) for "EAGER: Maximizing Spatial Resolution and Accuracy of PIV with Optical Flow Velocimetry." This additional project aims to develop and validate a new algorithm to obtain velocity measurements from particle images using the same equipment, such as cameras or lasers, that is currently used.

The new method will utilize advanced mathematics coupled with the governing laws of fluid mechanics to form a robust, physics-inspired method that will address the shortcomings of current algorithms. The novel algorithm will allow researchers to measure velocities in turbulent flows with significantly greater accuracy, resolution, and dynamic range than has been possible to date, while using conventional experimental hardware.

Coming back to CWRU

In 2008, Schmidt was a Case Western Reserve University second-year student taking Thermodynamics. Now, he is back in the same class—this time as the professor.

Thermodynamics is a sophomore-level class and often one of the first that students take in the department. With his expertise both in the subject area and in life as a CWRU student, Schmidt sees it as an opportunity to welcome students to their new home, giving them a glimpse at what they’ll see in their future as mechanical and aerospace engineers at CWRU.

“This is the perfect job for me,” he said. “Not just for the teaching assignments, but for this mixture of teaching, research and service.”

Schmidt calls his return to Case Western Reserve as an assistant professor in 2020 “serendipitous,” noting that he’d previously attended a memorial service in Cleveland while he was a postdoc at The Ohio State University and reconnected with CWRU faculty.

“It reminded me that Case Western [Reserve] is really special to me,” Schmidt said. “It feels like home.”