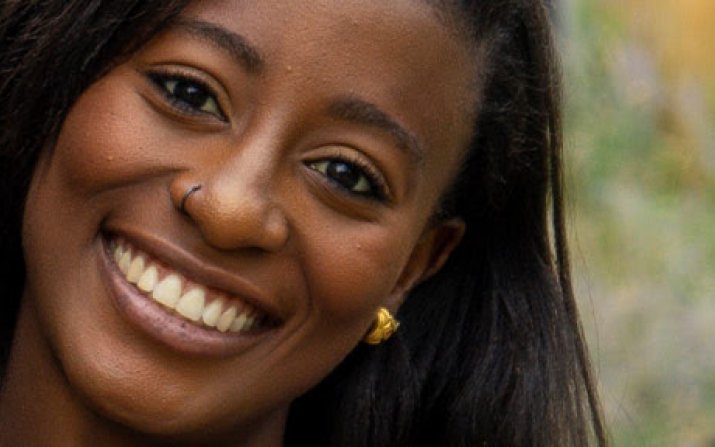 According to the Centers for Disease Control, approximately 100,000 Americans are affected by sickle cell disease (SCD), a group of inherited red blood cell disorders known to cause pain and other serious problems such as infection, acute chest syndrome and stroke. But what if there was a way to mitigate those serious problems by catching them early on, or a means to develop a cure?

These are the questions Olabimpe Olayiwola, a research assistant in the Department of Mechanical and Aerospace Engineering, hopes to answer. And for her, the questions are personal: She and her two siblings all live with the most serious variant of SCD, and her parents lost a child due to complications from the disease. 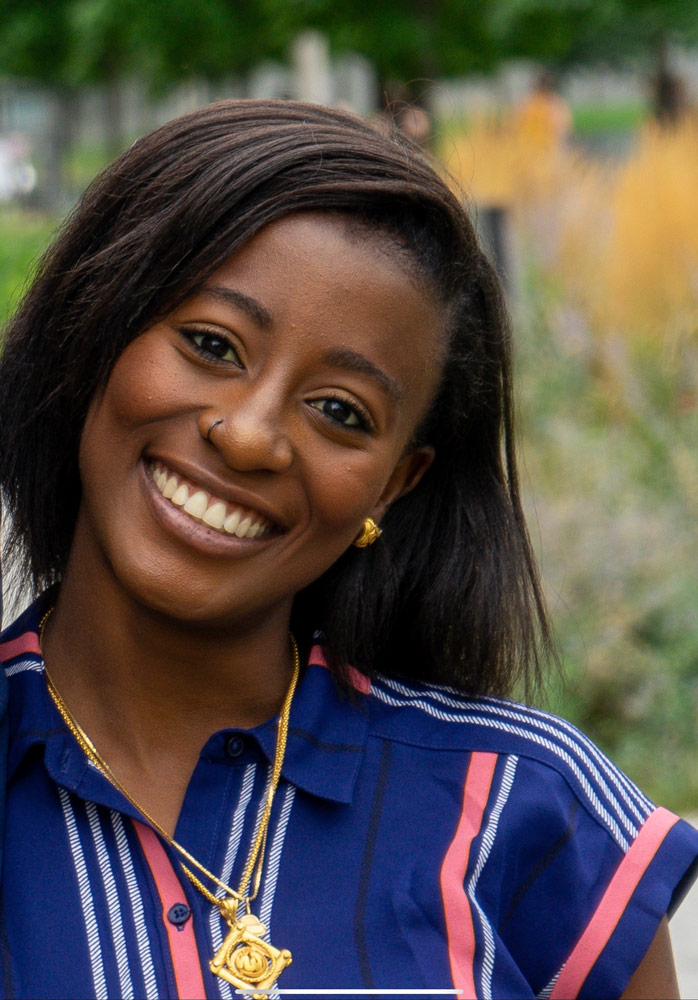 In the spring of 2020, Olayiwola was completing her Master of Science in medical physiology at Case Western Reserve University School of Medicine when she was admitted to Cleveland Clinic for a pain episode, frequently referred to as a “crisis.” It was from her hospital bed that she came across an article in The Daily that hit home.

“I was in a hospital, going through a crisis at the time, and I saw a picture of Umut Gurkan with a SCD patient in South Africa. Then I saw the headline, that this sickle cell researcher won an NIH grant to work on sickle cell disease research, and I was like, ‘This is what I’ve been looking for!’ So I ended up emailing him.”

That email led to an offer to work in Gurkan’s lab, where the Warren E. Rupp Associate Professor of Mechanical and Aerospace Engineering leads a team that has developed micro-engineered tools to assess blood samples from patients before and after gene therapy treatment for SCD. The tools seek to better understand the disease, which is characterized by c-shaped red blood cells that become hard and sticky and have a tendency to die early, causing a constant shortage of red blood cells. When sickle cells travel through small blood vessels, they get stuck and clog the blood flow.

A patient researcher, Olayiwola brings a unique perspective on the disease and treatment options to the lab. Her current focus is on preventative care, and how to develop technology to prevent longer hospital stays. She envisions a device, similar to the wearable glucose sensors used by diabetic patients, that would continually monitor hemoglobin levels and notify SCD patients of fluctuations. Having that data readily available would allow patients to alert their medical teams and seek precautionary treatments that could prevent more serious health problems and, potentially, the need for higher-risk treatments like blood transfusions.

“This type of technology could also be helpful for children who can’t really verbally convey what they’re feeling. A parent can just check on their phone through a patch, and now we can prevent a hospital stay,” she said. “Our main goal is that, instead of spending one to two weeks in the hospital for a crisis, we avoid an extended hospital stay—which is emotionally draining and could also be a financial burden.”

Olayiwola hasn’t decided what type of medicine she’d like to practice, but she does hope to continue in her role as a patient-researcher. She shares that she’d like to contribute to developing new treatment options, or even a cure, for SCD that come with fewer side effects, lower costs—and are more accessible to all patients living with the disease.

“I want to practice medicine and also do research, because one thing that I’ve learned is that translational medicine is real,” she said. “I really aspire to find a cure for sickle cell, or at least a more life-promising treatment. You have things like bone marrow transplants and gene therapies that are really getting advanced and getting better, but there are a lot of side effects and because their back is against the wall and they’re tired of being sick, patients take it. And then you’ve got to think about costs—what if insurance doesn’t cover it? I really want a treatment where patients don’t have to weigh their options so much. If I’m able to take something from the lab and translate it to the bedside, then I have done my due diligence in service to my future patients.”

Learn more about Olayiwola in this week’s five questions.

1. What is something cool you’ve learned at CWRU this year?

As a native Floridian, living [in Cleveland] has taught me something different about having sickle cell because I’ve never lived in the snow before. So I’m relearning having sickle cell in an environment like this because I didn’t expect my condition to change.

2. Do you prefer to get work done early in the morning or late at night?

I would say now I’m an early-riser, but I used to be a night owl religiously. It depends on how much I really need to get done.

3. What do you consider the greatest invention?

Nikola Tesla’s Alternating Current (AC) electrical system. We use it with appliances and various things that are utilized on a day-to-day basis and in technology.

4. Outside of school and work, what is your favorite way to spend time?
I like to travel. I’m a busy body, I just can’t stay still. I have to be doing something. I love photography and videos. I love keeping memories. Recently, Cleveland Clinic’s music therapy department gave me a ukulele. So now I’m trying to learn how to play the ukulele.

5. What’s your favorite thing about Case Western Reserve?
Meeting, working for and being a part of the Gurkan Case-BML lab. It really is great being busy, and [Professor Gurkan] doesn’t treat me any differently just because he knows I have sickle cell. He has high expectations for me, just as I have for myself, and he expects me to surpass them just as I do for myself. I appreciate his empathy with everything—and empathy is not a trait or characteristic that can be taught. There is no pity and I appreciate that. He knows exactly what my goals are and he has always told me that his job is to make sure that I do what I need to do, and that he does what he needs to do to make sure I achieve those goals. He respects me, and is very selfless. Our lab and lab members reflect that.