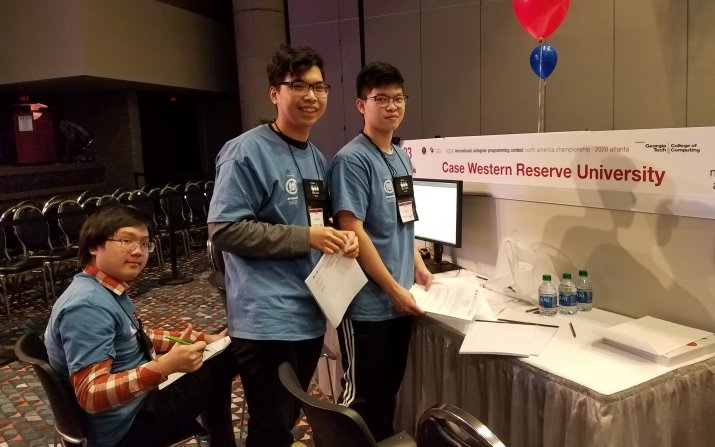 Four teams from Computer and Data Sciences competed in the East Central Region of the International Programming Competition on March 6, 2021. Each of the 71 teams competing were given 12 problems and 5 hours to see how many they could solve.

We had a strong showing this year with every Case team solving at least 3 problems. Thirteen teams from the region qualified for the North American Divisional Championship on April 22, and Case was one of four schools in our region to have two teams qualify. The team of senior Hung Vu, sophomore Trung Nguyen, and sophomore Duc Huy Nguyen will be returning to the national competition, having solved 9 problems. Joining them this year is a first-time team consisting of senior Kienan Ahner-McHaffie, junior Ryan Karpuszka, and sophomore Benjamin Flock, having solved 8 problems.

Congratulations to all the teams and student coach Gary Yao!