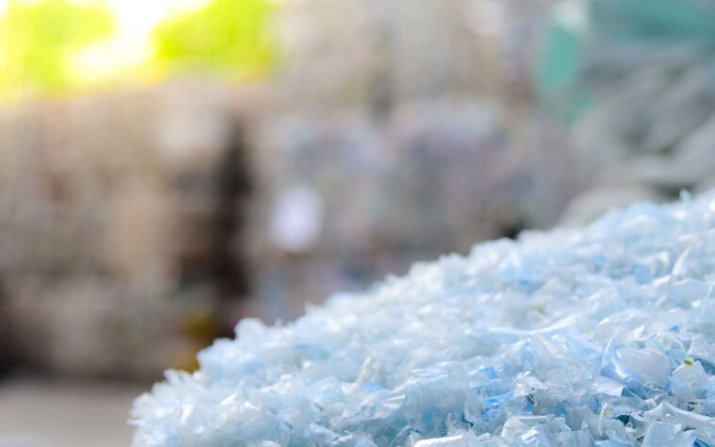 A team of researchers led by Case Western Reserve University will investigate ways to improve how common plastics are recycled, an effort supported by a $2.5 million grant within the U.S. Department of Energy’s (DOE) recently announced “Plastics Innovation Challenge.”

The Case Western Reserve-led team will work to develop and test a technique with help from government and industrial partners—one that blends the better parts of an efficient but cost-prohibitive chemical method of plastic recycling with typically high-output but low-efficiency mechanical means to “upcycle” up to 80% of the plastic it takes in.

Upcycling is reusing recycled material in meaningful ways, not just for items like trash bags, filler or padding, as is often the case with recycled plastics. 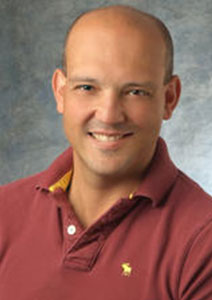 
If successful, the hybrid recycling project would dramatically improve on a historical recycling rate of below 10% industry-wide, said the project’s lead researcher João Maia, a professor in macromolecular science and engineering.

That low recycling rate has become more widely known recently with news reports suggesting that industry leaders have known for decades that recycling plastics was too difficult and too expensive to be sustainable.

“So this would be a game-changer in the plastics industry and for the environment,” Maia said. “Nothing comes close to plastic for its usefulness, its strength. It’s basically impossible to replace plastics, so the world had to figure out a way to do better—and we decided to be the ones to do it.”

“We are excited to bring this project to Northeast Ohio, sitting at the heart of the nation’s plastics manufacturing industry,” said Grant Goodrich, executive director of the Great Lakes Energy Institute at Case Western Reserve, which helped facilitate the research.

Goodrich said the project could create novel solutions for two issues: addressing the difficult process of removing contaminants (scraps of food, labels, etc.) from sorted plastic waste, and recycling those plastics that have so far been impossible to recycle.

Maia said the initial research would be done at Case Western Reserve and then tested at a larger scale off site. 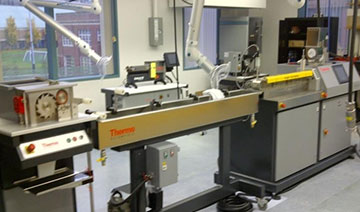 The plastic extruders in the Case Western Reserve lab that will be used for the research. (Photo by João Gaia)


Two innovations in one project

Most common plastics are recycled in two ways: using mechanical or chemical means to break down the material. (This does not include thermoset plastics, the harder plastics which have generally been considered virtually impossible to recycle, although another Case Western Reserve team is having success in cracking that problem, too).

For now, mechanical recycling—placing plastic waste into a machine, melting it into an extruder, adding a pigment and producing large volumes of lower-quality plastic—has limitations—and few quality results: “Black trash bags—that’s about the best you can do,” Maia said.

Alternatively, plastics can be broken down chemically at high temperature (about 500 degrees Celsius) and high pressure and re-used for many things. “You can change the polymers to give you something you want, but the problem is that it is energy- and solvent-intensive, and you can’t solve the problem at the societal scale of millions of tons per year that is required” Maia said.

For example, Maia said, a new polyolefin recycling plant is being built in Indiana for about $260 million, but will only recycle about 100,000 tons of plastic a year.

“That’s a drop in the ocean and at incredible cost—too much for most small cities to do on their own,” he said. “To be successful, plastic needs to be recycled on site, at large scale and at much lower cost.”

The CWRU-led team plans to develop a hybrid model, taking the low-cost investment of mechanical recycling, but breaking down the plastics through a new lower-temperature (about 350 Celsius), lower-pressure method.

The team also will study how to separate various polymers in the melt state, so that each can then by upcycled by itself. One of the partners in this work, Braskem, was able to separate about 20% of the polystyrene from the plastic in trial runs.

“But they did that without optimizing the process,” Maia said. “We believe we can do that even better and achieve 80%. That would really move things forward, and it could be scalable, so handled by individual communities with an investment of maybe only $3-4 million.”

The project was among a dozen DOE-awarded grants totaling $27 million, a list that also includes a $2 million award to the University of Akron, giving Northeast Ohio nearly 17% of the total program funding.

This article was originally published Nov. 9, 2020.