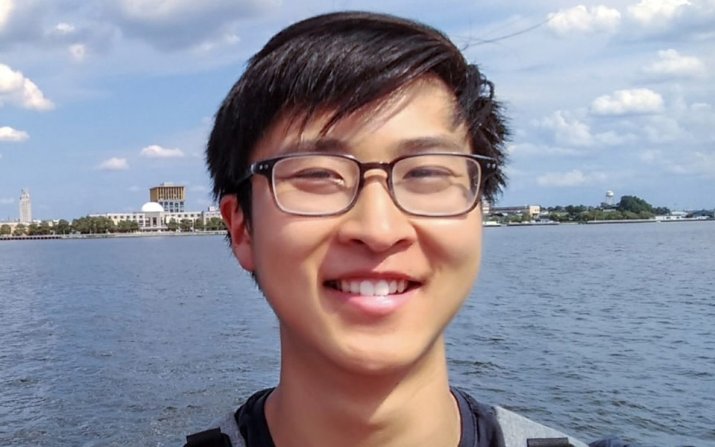 In the spring of 2017, Daniel Shao was disappointed. A high school senior at the time, the New Jersey native found himself on the receiving end of rejection letters from nearly all of the 15 top-ranked colleges to which he’d applied.

It’s a situation countless high school seniors are in today as decision deadlines approach—and it’s one Shao documented in a letter to his future self as part of a class assignment. Written the day after learning he’d been accepted off the waitlist at Case Western Reserve University, the letter recently made its way back to him with a note from his former teacher scrawled on the envelope: “I hope you enjoy!”

“I have no memory of writing it,” laughed Shao, now a soon-to-be member of Case Western Reserve’s Class of 2021. But the letter’s contents ring a bell. Among his descriptions of typical high school concerns—AP testing and disappointment with college test scores, to name a few—Shao made a prediction: “I’m imagining myself as an MD/PhD… at Harvard Med.”

Fast forward to the present: Shao is preparing to begin a six-year PhD program this fall at Harvard Medical School and MIT. 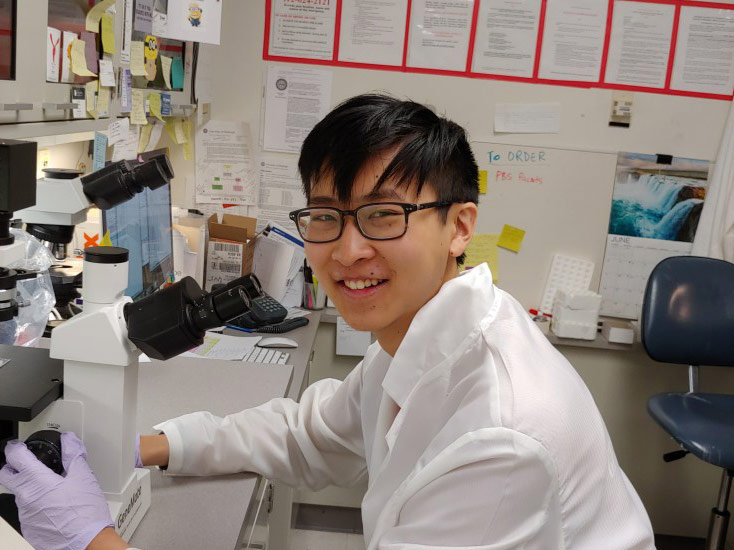 In the years since he put pen to paper for that high school assignment, Shao’s path has not been linear. His letter detailed how he entered CWRU with mixed emotions—he felt certain of his desire to make a difference in the world through science, but worried about the university’s lack of name recognition compared to its Ivy League competitors.

“I was really fixated on prestige at the time,” he said, “but my grades from early in high school didn’t reflect what I was capable of.”

When CWRU chose to offer him admission and a scholarship package, he recalls feeling like the university appreciated his potential. He’d never been to Cleveland, but the financial support paired with the university’s proximity to medical research opportunities compelled him to accept.

“Four years later, I absolutely love this school and am extremely grateful for the opportunities it’s afforded me,” said Shao. “Here, you’re really encouraged to try new things and aren’t limited in what you want to do or pursue. I wouldn’t change a thing.”

For Shao, the opportunities CWRU provided opened his eyes to new interests and perspectives, leading him to change his major not just once—but four or five times.

It was an introductory programming course taught by Professor Harold Connamacher, though, that led to his ultimate focus: a major in computer science with minors in biology, chemistry, and economics.

“Professor Connamacher did an amazing job showing the intuition and creativity behind programming,” he said. “I used to think my brain wasn’t capable of programming, but he showed me I could not only do it, but have fun with it.”

Shao has already put his computer science training to work in medical research, serving as a member of Anant Madabhushi’s research team in the Center for Computational Imaging and Personalized Diagnostics. He’s now working to publish a paper on the team’s use of machine learning to predict breast cancer patient survival by looking at their tumor pathology.

“This was the first time I was the primary owner of a research project and it was really cool to see the PI trust me in making decisions,” said Shao of the experience—one he likely wouldn’t have had as an undergraduate at other institutions. 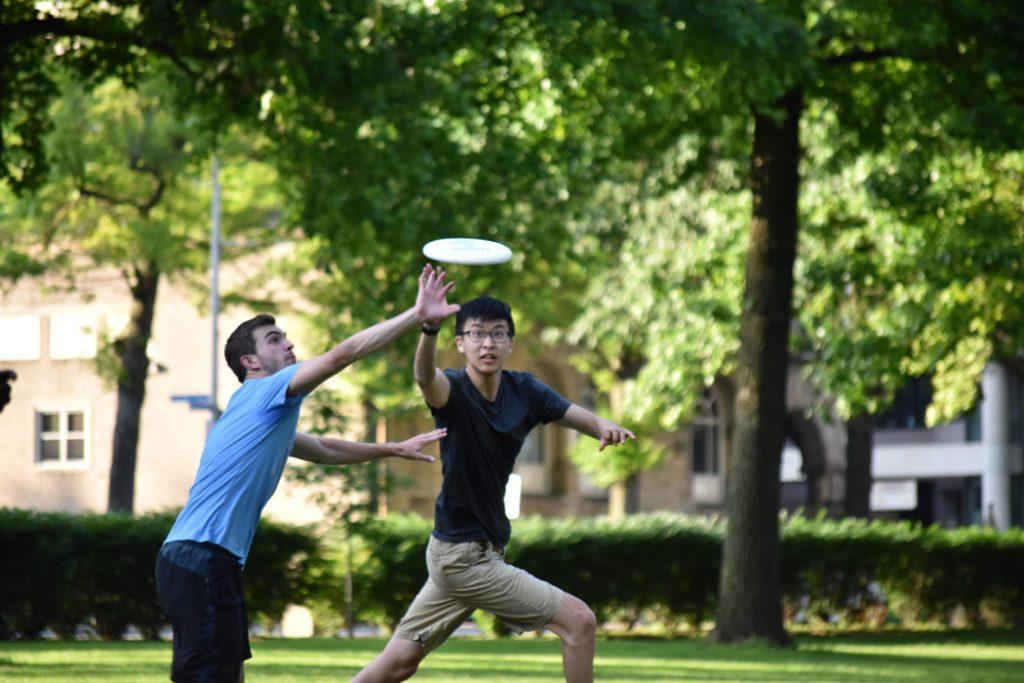 His hard work in academics has paid off in other ways, too. Shao not only received the Outstanding Junior Award at the university last year, but was one of just several hundred undergraduates in the United States to earn the prestigious Barry Goldwater Scholarship for his potential in research.

“[Daniel’s experience] is a terrific example of how CWRU combines rich opportunities for undergraduates with such a dedicated faculty and staff,” said Bob McCullough, dean of undergraduate admission. “Here, an ambitious student like Daniel can jump right in and take full advantage of pursuing his dreams.”

Outside of his coursework, Shao plays volleyball and frisbee, is a founding board member of the Undergraduate Research Society, and has served as a resident assistant for three years—a role he pursued after meeting some of his closest friends his first year at CWRU.

“Being able to support each other and grow together has been really uniquely fulfilling,” he said. “It’s just one of the other experiences I’ve loved having at [CWRU].”

Looking to the Future

As he prepares to attend Harvard Medical School, like he’d dreamed of in high school, Shao is eager for what’s to come. His PhD program will focus on conducting research that develops machine learning algorithms with clinical applications, and he aspires to apply that training in an academic setting. Specifically, he hopes to spark inspiration in future generations as a professor, just as Professor Connamacher did for him.

When asked what he would write now in a letter to his future self—the version of him who has completed his PhD—Shao’s thoughts mirror those he had in high school: “Please remember to take pride in the effort you’ve put into coming this far, and don’t worry about what your peers are doing, or whether you’ve accomplished all the things you set out to. At the end of the day, all that matters is you’ve tried your best.”