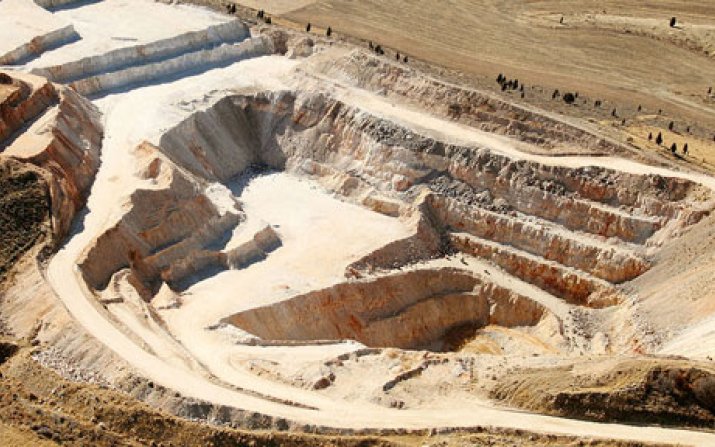 A Case Western Reserve University chemical engineer is leading a team investigating novel methods to mine valuable metals from an unexpected source: phosphate ore used for fertilizer and other products.

These metals, known as rare earth elements and found in phosphate and other rocks, are a vital component in wind turbines, electric vehicles and smart phones, but are now mostly imported from China.

The United States mines and uses about 23 million tons of phosphate rock per year, according to the U.S. Environmental Protection Agency. But the common method for mining and processing that ore into fertilizer also produces radioactive waste that gets stored in open retention ponds.

Lead researcher Christine Duval, an assistant professor of chemical engineering at the Case School of Engineering, said the team proposes to solve both issues by completely revising that chemical process.

The project is being funded by a four-year, $1.7 million National Science Foundation grant. Duval will collaborate with Julie Renner, an assistant professor of chemical and biomolecular engineering at Case Western Reserve, and other scientists from Clemson University and Penn State.

“This is foundational research into a large scientific question and also motivated by a big societal question: Can we recover valuable things from what is now waste?” Duval said.

To do that, Duval and her team are investigating new ways to chemically process the phosphate ore, mining not only the desired metals, but also removing the rock’s unwanted radioactive components—and ending up with valuable byproducts such as clean water, fertilizer and gypsum.

But it’s not simple or easy to separate rare earth elements into individual components. This separation is accomplished through a 70-year-old process called solvent extraction, which relies on large volumes of chemicals and generates a large CO2 footprint as well as hazardous waste.

Instead, Duval’s team is proposing new separation methods, including one that uses what she called “bio-inspired membranes” to sort out the various components. These membranes rely on small biomolecules known as peptides which, in the human body, show a strong attraction to specific nutrients like calcium, for example.

So Duval’s team proposes to use biomolecular tools to design new peptides that instead are attracted to the desired rare earth elements to be extracted.

“Designing a process around these new membranes has the potential to outcompete the existing technology by improving the process efficiency while minimizing environmental impacts,” Duval said.

The search for rare earth metals

Rare earth minerals, despite their name, are actually fairly common in nature. They are called “rare,” because they aren’t found in large deposits like coal or other materials, but dispersed widely in smaller amounts and less easily extracted. They are also difficult to chemically separate from the surrounding rock.

These minerals have also been in increasing demand and the focus of the U.S. government and politics.

Early this year, President Joe Biden signed an executive order to address a global computer chip shortage related to the lack of domestic rare earth metals. More recently, the $1 trillion congressional infrastructure package calls for facilities to demonstrate better ways to extract and separate out rare earth elements, precisely the kind of work being proposed by Duval and her team.

Others involved in the project are Rachel Getman, an associate professor of chemical and biomolecular engineering at Clemson University; and Penn State Chemical Engineering professors Lauren Greenlee and Rui Shi.

Duval said that even if their research results in a successful new method for separating out the rare earth metals, it will be up to whether industrial partners adopt it.

“But even if we don’t find a ‘solution,’ we will discover fundamental knowledge that will help us understand how to design future materials or processes,” she said. “Training students, learning fundamentals, learning to communicate across disciplines to solve complex problems—all of those things are indicators of success.”