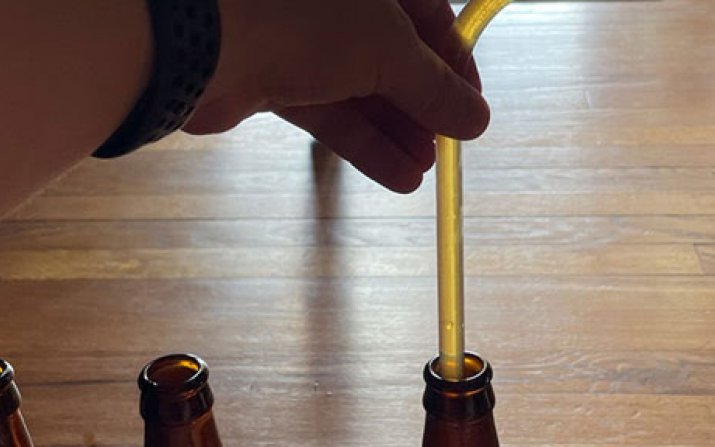 Two teams of Case Western Reserve University chemical engineering PhD students recently walked away with a trio of top awards in a competition with dozens of other aspiring scientists—in brewing beer.

The Case Western Reserve teams won three of the seven categories at an annual conference of the American Institute of Chemical Engineers (AIChe). The institute’s fourth annual beer-making competition in Boston was sponsored by the AIChe’s Young Professional Committee.

The teams came out of a casual group of about eight friends—who also love both chemistry and beer. They began to meet up at each other’s homes for brew parties early in the pandemic.

“They really were several-week parties—one weekend for ‘the boil’ and then a meet-up later to bottle it,” said Bethany Kersten, a member of the Over the Hops team. “We were just having fun, but found out we can make pretty good beer.”

The science of beer

For the competition, the Over the Hops team brewed up beers like “Coraline’s Brew,” a high-powered (8.8% alcohol) black IPA; and “Toasty Oat,” a smooth, lower-alcohol (5.1%) oatmeal stout. Another beer featured hops grown in locations related to wherever each of them attended undergraduate school. Those areas include Ohio, Minnesota, Idaho and so on.

“We’re all IPA drinkers and that Black IPA was our favorite,” said Kersten, whose research at Case Western Reserve focuses on studying the electrochemistry of actinides for recycling of nuclear fuel. “It’s sort of a wintery IPA and it was a big hit at the competition, at least based on the blind taste tests that people could take.”

Dean said the team went for a more “drinkable beer” with the stout, which has notes of coffee, peanut butter, nutmeg and vanilla—and low bitterness.

The judges awarded the Over the Hops team with “the Most Efficient Brew” and best new team. The Brew Crew concocted “Poison Apple Ale” and two others, but won first place for its scientific poster showing the brewing process.

Chris Wirth, an assistant professor in chemical and biomolecular engineering, said beermakers use many of the same principles fundamental to chemical engineering. Wirth helped the students set up the AIChe trip.

“Concepts like heat transport and mixing are as useful when brewing beer in your kitchen as if you’re making millions of barrels for Stella or whomever, it’s much of the same science,” Wirth said.

Dean, whose research focuses on understanding the bulk and interfacial properties of new electrolytes for energy storage devices, said even a decision like how much sugar to add during the brewing process is critical.

“Home brewers have tales of bottles exploding because they had too much sugar,” he said. “They cap it and the CO2 has nowhere to go.” 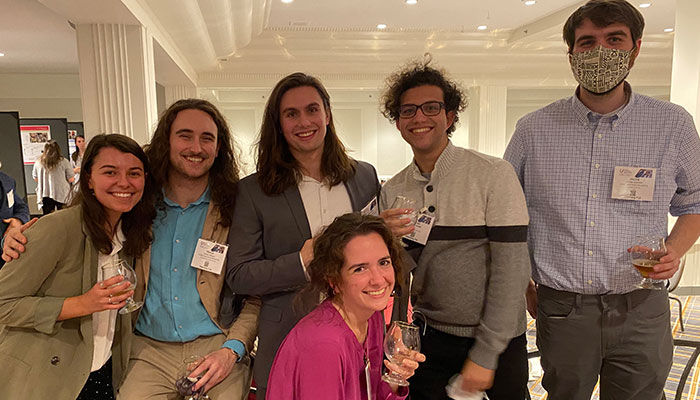 Penley, who researches developing electrolytes for lithium batteries, said the student-scientists would likely keep on with their casual brewing.

“Chemical engineers like making beer because they can make it at home—and they can make it well,” Penley said. “The science here is knowing when you add the hops, knowing when the alpha acids will come out of those hops. But there’s also an art to it, so that in the end, you’ve just got good beer.”