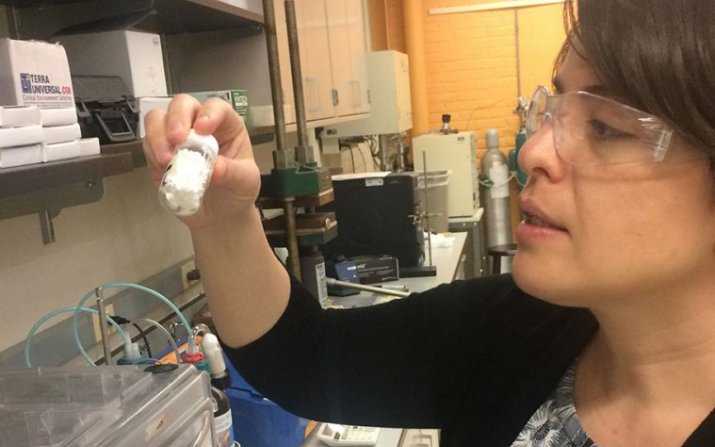 Burcu Gurkan, the Nord Distinguished Assistant Professor in Chemical Engineering, was selected as a recipient of the Scialog: Negative Emissions Science (NES) Collaborative Award in the amount of $55,000. Gurkan was named a Fellow for Scialog, a group of about 50 promising early-career scientists taking up the pressing challenge of greenhouse gases accumulating in earth’s atmosphere and oceans, in 2020.

The NES award was given in recognition of a collaborative proposal that was noted for its “highly innovative nature…and its potential to be transformative.” The proposal, which Gurkan developed with two other early-career scientists, Xiao Su from University of Illinois Urbana-Champaign and Shaama Mallikarjun Sharada from University of Southern California during a virtual meeting in November, is titled “Electrifying humidity-swing adsorption for DAC by modulation of redox-polymer hydration.” The team used their combined expertise in responsive polymers (Xu), electrochemical carbon dioxide (CO2) separations (Gurkan), and computations (Sharada) in this collaborative Scialog project to transform direct air capture (DAC) approaches for Negative Emissions Science.

The proposal outlines an approach to capture carbon dioxide (CO2) from the air to reduce the level of this greenhouse gas in order to mitigate global warming. Gurkan explains that the level of CO2 in the atmosphere is about 410 parts per million. She and her team are trying to develop materials and processes that can find the proverbial “needle in a haystack,” CO2 in the air, and separate it in an efficient and economical way—a much more challenging process compared to capturing CO2 from emission sources where the concentration is significantly higher. The team’s goal is to develop an electrochemically mediated humidity-swing process to separate CO2 from air with a process that uses stimuli-responsive polymers that change their affinity to CO2 with humidity to facilitate capture then release.

Each Scialog proposal was subject to peer review and only those proposals seen as highly innovative and with the potential to transform their fields of research were selected for awards.