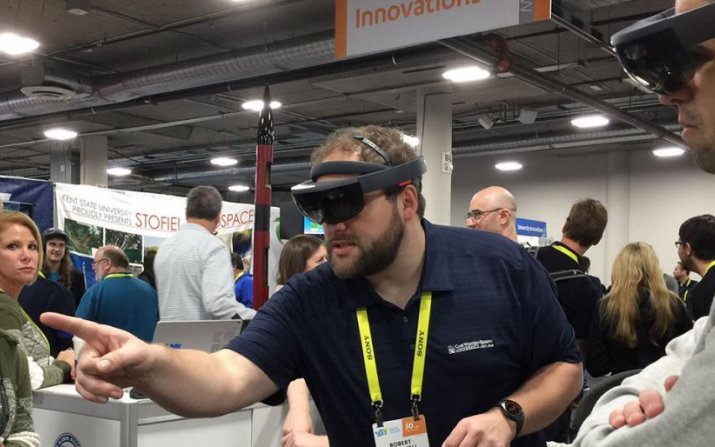 From quickly spotting concussions on the field to changing how loved ones communicate across long distances, innovation from Case Western Reserve University students, faculty, staff and alumni was on display last week at CES.

The international trade show in Las Vegas is where more than 170,000 people go to see the latest technology that will be available to consumers in the near future.

This is the fourth year that individuals from Case Western Reserve have shown their wares at the event. The university has among the largest educational presences at the event, with 10 booths showcasing student-, faculty- and alumni-founded startups.

The inventions gained national attention in publications such as Mashable, Engadget and International Business Times. In a post for Medium, an entrepreneur and producer said his time using CWRU’s HoloAnatomy app for Microsoft HoloLens “erased every other memory of CES.”

Plus, the Cleveland Cavaliers’ championship trophy was on display at CWRU’s booth.

What else happened at CES? Watch the video to see the action.

Learn more about the companies featured at CES.