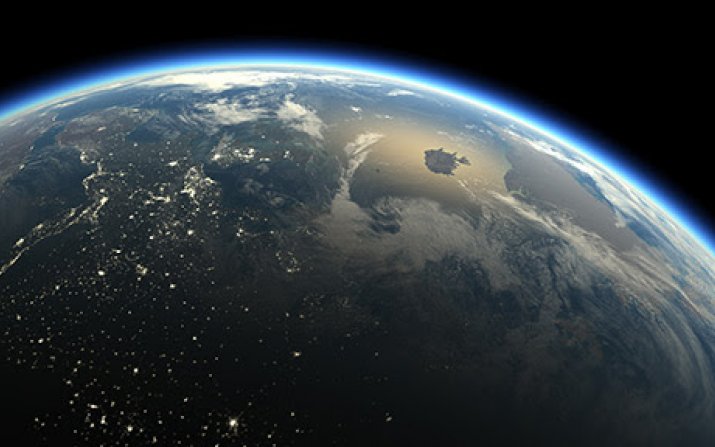 If humans are going to successfully make longer-distance space trips, it will depend on discovering and engineering new materials for continuous fresh air supply—and doing it in microgravity, without creating dust or emitting volatile substances.

Burcu Gurkan, an assistant professor of chemical engineering at Case Western Reserve University, is working on doing just that: She is using what are known as ionic liquids (salts that melt below the boiling temperature of water) in support structures (made of polymeric shells with graphene-oxide reinforcement sheets) to separate metabolically generated carbon dioxide (CO2﻿) from air.

Gurkan, who in August 2018 received an Early Career Faculty grant from NASA  for research supporting the project, recently published a proof-of-concept paper on the ionic liquids method with collaborator Emily Pentzer, a Texas A&M University chemistry professor. The work was supported by NASA and the National Science Foundation.

“We’re essentially transforming the existing space technology on how to do this differently,” Gurkan said. “This paper gives support to what we envision.”

Many governments, scientists and even billionaires like Jeff Bezos (a moon colony) or Elon Musk (Mars mission) are showing increased interest in longer-term space travel and colonization. NASA, meanwhile, is pursuing a number of critical technologies necessary for long-distance space travel, listing a system for breathing above propulsion, protection from heat and radiation, communication and navigation.

NASA’s current CO2-to-oxygen system was developed in the early 2000s and is still used in its capsules and aboard the International Space Station. The system selectively removes CO2 from the cabin atmosphere and filters out the breathable oxygen.

“And you don’t want dust—it can get into other equipment downstream, or after the filtration,” Gurkan said, referring to other critical components in the spacecraft.

The system being developed by Gurkan and her team would replace the zeolites with encapsulated droplets of ionic liquid (salt in a liquid state) to continuously remove CO2.

Ionic liquids are remarkable to begin with because most are molten at room temperature, where ordinary table salt would have to be heated to elevated temperatures such as 600 degrees Fahrenheit to be liquified. Ionic liquids are also known to be nonvolatile, which eliminates inhalation by the astronauts.

But in the microgravity of space, droplets of any liquid would simply fly apart. The advance being developed by Gurkan and her collaborators is to contain the droplet of liquid salt within a polymeric shell.

The combined droplets provide a much greater surface area for absorbing CO2 and demonstrate great CO2 removal capacity. Further, the presence of graphene-oxide in the material could provide “further scavenging of oxygen from the captured CO2 waste in the future.”

She and her team are also having some success with a continuous filtering operation, where a polymer-ionic liquid composite is used as a membrane.

They’re also having some challenges, though: Gurkan said since their system under development requires minimal weight and size, they are experimenting—with varying degrees of success—with different polymers to contain the ionic liquids.