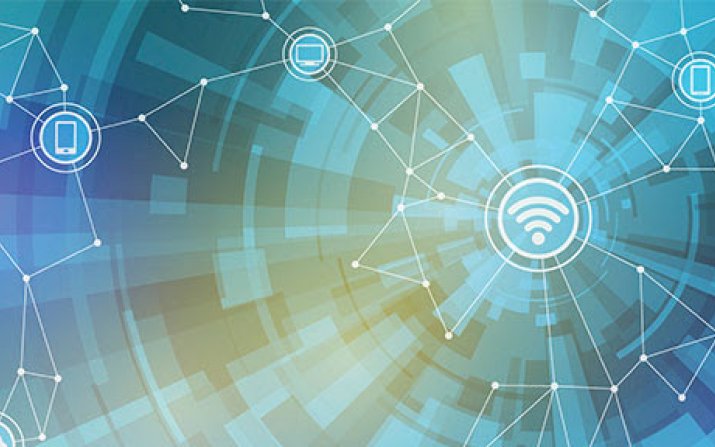 If the tiny patterns they found in magnetic resonance images prove consistent in further studies, the technique may enable doctors to use an MRI scan to diagnose more aggressive cancers earlier and fast track these patients for therapy. Their work is published online in the journal Radiology.

The work comes just two months after senior author Anant Madabhushi and another group of researchers showed they can detect differences between persistent and treatable forms of head and neck cancers caused by exposure to human papillomavirus, with 87.5 percent accuracy. In that study, digital images were made from slides of patients’ tumors.

Next up, Madabhushi’s lab recently received a $534,000, two-year grant from the Department of Defense to find the patterns of indolent versus aggressive cancer in the lungs. The goal is to diagnose the presence of aggressive lung cancers from CT scans alone.

“Literally, what we’re trying to do is squeeze out the information we’re not able to see just by looking at an image,” said Madabhushi, a professor of biomedical engineering at Case School of Engineering and director of the Center for Computational Imaging and Personalized Diagnostics.

They analyzed MR images of breast lesions from 65 women. The researchers sifted through hundreds of gigabytes of image data from each patient to try to find differences that distinguish the different subtypes of breast cancers from each other.

The scientists mathematically modeled the textures that appear as the tissues absorb contrast-enhancing dye. The model revealed that changes over just milliseconds distinguished triple-negative from benign lesions. The investigators used machine learning and pattern recognition methods to aid in diagnoses among the three types of cancers based on texture changes and other quantitative evidence.

“Today, if a woman or her doctor finds a lump, she gets a mammogram and then a biopsy for molecular analysis, which can take two weeks or up to a month,” Madabhushi said. “If we can predict the cancer is triple-negative, we can fast track the patient for biopsy and treatment. Especially in cases with triple-negative cancer, two to four weeks saved can be crucial.”

For the three types of cancers, the early diagnosis would enable quick and personalized treatments. ER+ and HER2+ respond to different therapies. An MRI could also become a regular screening device for women who have family histories of these cancers.

Other cancers
Using much the same science, Madabhushi and fellow researchers from Washington University developed a way to distinguish between recurrent and treatable forms of a specific head and neck cancer called human papillomavirus-related oropharyngeal squamous cell carcinoma. That work was published earlier this year in the American Journal of Surgical Pathology.

“Most sufferers tend to have good outcomes, but a small subset—about 10 percent—doesn’t,” he said. “There’s nothing out there to predict which.

“We developed an algorithm and found patterns that allowed us to distinguish between the two with 80 to 90 percent accuracy.”

After scanning biopsy and tumor resection slides from 160 patients into a computer, the researchers found they could use nuclei of the cancerous cells to characterize and measure cell distribution and clustering patterns.

“Personalized medicine is possible using this,” Madabhushi said. “Using biopsy specimens, pathologists can’t tell one from the other, but big data analytics can.”

His lab’s newest project is to find characteristics that can identify cancer or precancerous conditions in the lungs, and distinguish among different types of lung cancers.

The majority of lung cancers are diagnosed at advanced stages, beyond the period in which surgery can be successful. Survival rate for one of the worst forms, non small-cell lung cancer, remains at 15 to 18 percent. In this study, the lab will use x-ray images taken with computed tomography scans to build their digital image library.