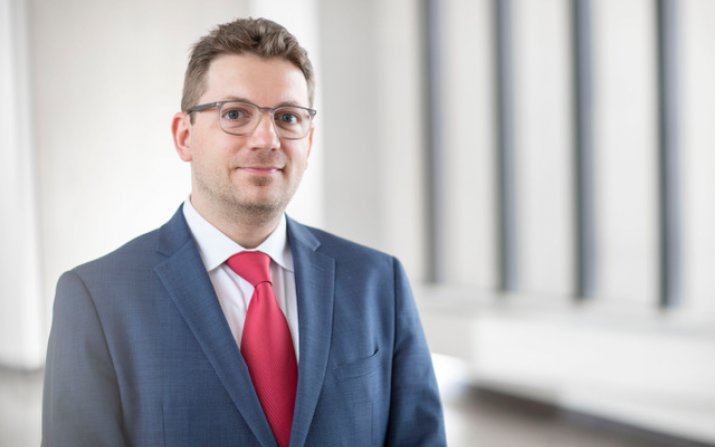 Case Western Reserve University engineer and researcher Umut Gurkan has been named a senior member of the August 2020 class of The National Academy of Inventors (NAI).

Gurkan is the Warren E. Rupp Associate Professor of Mechanical and Aerospace Engineering in the Case School of Engineering, where he leads the CASE Biomanufacturing and Microfabrication Laboratory.

He joins a class of NAI senior members from 24 research universities, government and nonprofit research institutes who are named inventors on more than 397 patents issued by the United States Patent and Trademark Office (USPTO).

Gurkan’s research group works on gaining a fundamental understanding of hemoglobin, red blood cells, blood rheology and microcirculation in health and disease and with targeted therapies and gene-based cures. This research has led to new biomedical microtechnologies that improve patients’ access to timely diagnosis and personalized monitoring of treatments.

Gurkan said he was “privileged and humbled” to be named a senior member of the academy and credited the Case Western Reserve Technology Transfer Office for playing “an essential role in translating our inventions to patents, then from the laboratory to the world.”

“This recognition reflects the entrepreneur, inventive and supportive environment that Cleveland and Case Western Reserve provides for faculty, staff and students,” he said. “I now feel even more motivated to encourage an inventive culture in the classroom, in my research group, department and school.”

Venkataramanan “Ragu” Balakrishnan, the Charles H. Phipps Dean of the Case School of Engineering, said Gurkan’s election to the academy was a “well-deserved recognition of his successful career as a researcher and mentor. His work in the area of point-of-care diagnostics has led to new, innovative technologies that will have a life-changing impact on patients living with blood disorders. His passion for mentorship will continue to inspire the next generation of Case Western Reserve inventors.”

That passion for mentoring is evident in that 11 of Gurkan’s trainees are now co-inventors in U.S. patents, and national and international patent applications.

One of these technologies won USPTO Patents for Humanity Honorable mention in 2018. It was for a point-of-care test for common hemoglobin disorders, such as sickle cell disease, commercialized under the product name “Gazelle” by Hemex Health. Hemex launched Gazelle globally in advance of World Sickle Cell Disease Awareness Day on June 19.

Other Case Western Reserve faculty elected as fellow or senior member by the NAI in recent years include:

The NAI awards senior membership to nominees who “have the potential to bring impact on the welfare of society,” but more tangibly, who meet specific standards such as holding at least one issued U.S. Patent which has been licensed or commercialized or hold at least five patents, without regard to licensing or commercialization. Senior members are also required to be affiliated with a member institution.

NAI fellowship highlights the overall career and impact the inventor has had in their field and society as a whole.

Gurkan is among 38 academic inventors the academy announced as senior members this week. NAI senior members are active faculty, scientists and administrators from NAI member institutions who have “demonstrated remarkable innovation producing technologies that have brought, or aspire to bring, real impact on the welfare of society,” according to an academy news release.

“NAI member institutions support some of the most elite innovators on the horizon,” said Paul R. Sanberg, NAI president. “We are recognizing innovators who are rising stars in their fields and the innovative ecosystems that support their work. This new class is joining a prolific group of academic visionaries already defining tomorrow.”

Case Western Reserve University is an NAI member institution. Gurkan was nominated by Joseph Jankowski, chief innovation officer at the Office of Research & Technology Management, who chronicled his scholarly accomplishments, mentorship and the “societal impact of his work.”

Following a nomination for NAI Senior Member, individuals undergo a rigorous selection process by the NAI Advisory Committee, which is composed of elected NAI members and other professionals considered pioneers in their respective field

Senior members at NAI are active faculty, scientists and administrators who have demonstrated remarkable innovation producing technologies that have brought, or aspire to bring, real impact on the welfare of society. They also have growing success in patents, licensing and commercialization.