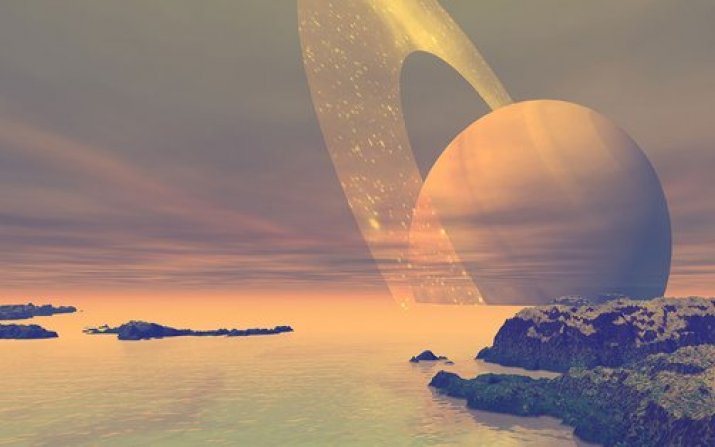 If scientists someday send a spacecraft to the surface of Titan, the largest moon orbiting Saturn, it could very well be a small autonomous submarine capable of navigating the frigid, liquefied natural gas seas found on the planet-sized moon.

And if the craft, the size of a smart car, succeeds in collecting vital physical and chemical details about those noxious seas and the smoggy skies overhead, it will be in part because a team at Case Western Reserve University and NASA Glenn Research Center in Cleveland first helped identify and overcome one small, but critical problem in that pioneering aquatic space mission: bubbles.

“You would hate to get a multi-million dollar spacecraft all the way there and successfully into the liquid methane, but then not be able to get any readings just because effervescence got in the way,” said Ramaswamy “Bala” Balasubramaniam, a research associate professor of mechanical and aerospace engineering at the Case School of Engineering. “There’s also a chance that the bubbles could impede the propellers, so it’s a real design concern.”

The problem stated more scientifically: “Because nitrogen gas (the chief gas of the Titan atmosphere) has a relatively high solubility in the liquid ethane and methane seas, waste heat generated by the submarine power system may cause dissolved nitrogen gas to come out of solution…” In other words, the hot engines of a submersible could generate troublesome bubbles that impede its mission.

The seas of Titan are primarily composed of liquid methane, liquid ethane and nitrogen at a surface temperature between 90 and 96 Kelvin (about minus 300 Fahrenheit.) The atmosphere is gaseous nitrogen (95%) and gaseous methane (5%).

A relatively low gravity—about one-sixth that of Earth—further complicates the matter, Balasubramaniam said. “On Earth, if you pour open a can of soda, all of the bubbles rise in the liquid, but in microgravity that doesn’t happen—they float around everywhere,” he said. “They could disrupt the mission completely.” 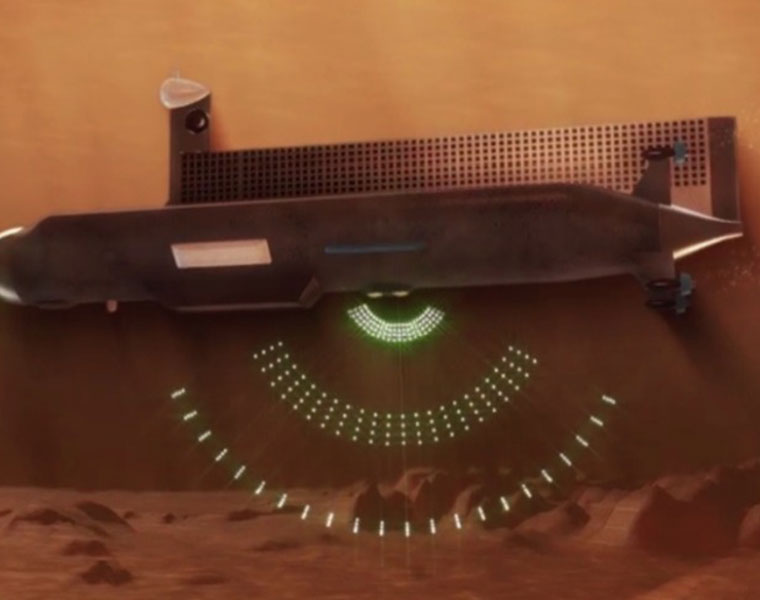 The sub model used by researches to record effervescence.


Balasubramaniam and a pair of recent Case Western Reserve graduates, Jason Hartwig (2014) and Peter Meyerhofer (2019), worked on testing that design issue while the two were still graduate students at the engineering school.  Their conclusion: Limits on the power system and increased insulation may be required to avoid excess effervescence, and for a submersible to successfully explore Titan’s seas.

Their research, with collaborators from the University of Texas-El Paso, Johns Hopkins Applied Physics Laboratory and Penn State Applied Research Lab, was published in the journal Planetary and Space Science.

Scientists had long speculated about the existence of hydrocarbon lakes and seas on Titan, and earlier space missions (the Cassini spacecraft in 2004, also with help from NASA Glenn) revealed that more than 620,000 square miles of Titan—almost 2% of its surface—are covered in liquid.

“This was an amazing discovery, and we’ve been thinking about it ever since,” Hartwig said. “This is the only place in the solar system that we know of other than Earth with stable, accessible liquid, and in our search for life in space, this is important.”

So NASA has long been planning to send a craft 886 million miles to Titan in 2025, and while the agency also is planning drone investigations of the moon, there has been increasing interest in plunging a submarine into the noxious northern lakes of Titan.

Because Titan also has the equivalent of hydrological cycle—but with methane and ethane, not H2O—there is a geological reason to visit the big moon, said Hartwig, who is now employed at NASA Glenn.

“Clouds form, and what amounts to liquid natural gas rain falls down, flows into rivers and these lakes—which are roughly the size of the Great Lakes—and then evaporates back into the clouds,” he said. “There’s a lot to study there.”