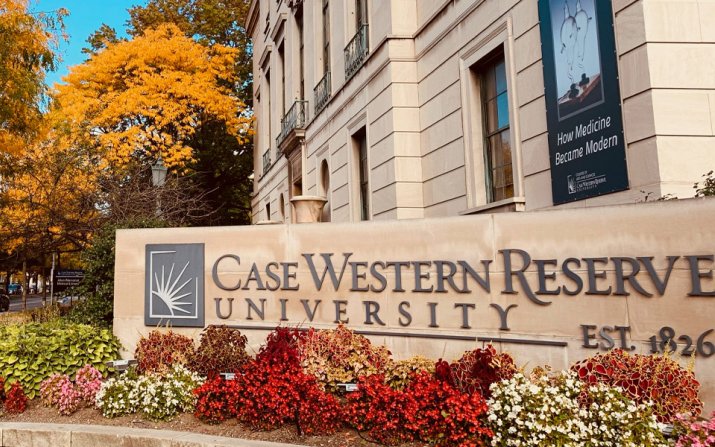 Research is central to Case Western Reserve University’s mission. Across the university, faculty contribute their expertise to their respective fields—from the arts and sciences to the humanities, medicine and everything in between.

Each year, the Faculty Distinguished Research Awards are bestowed on those whose work has driven advancements in their field through research or creative endeavors. While the award is usually given at the Research ShowCASE in April, the awarding of this year’s honors were delayed until this fall.

Read more about each of the recipients below. 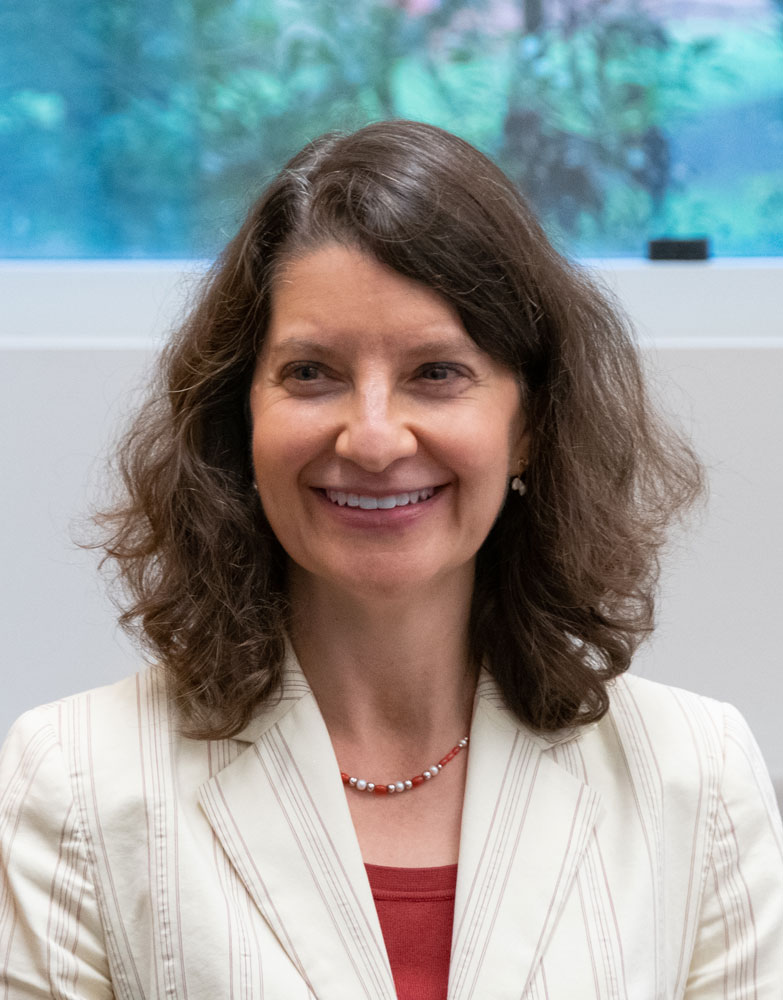 Edgar A. Hahn Professor of Law
Professor, Department of Bioethics, School of Medicine
Co-Director, The Law-Medicine Center School of Law

With the onset of the global pandemic, Sharona Hoffman suddenly found herself fielding daily calls from national and international media. Reporters wanted to hear the health law professor’s perspective on pressing legal topics related to COVID-19 such as mask and vaccine mandates.

Hoffman’s law-medicine expertise places her at the top of her field. According to the School of Law’s Co-Deans Jessica Berg and Michael Scharf, “Hoffman is undoubtedly in no small part responsible for the law school’s significant national reputation in the field of health law, including its #11 ranking in health care law according to U.S. News & World Report.”

She was the ninth most cited professor in health law from 2016-2020, according to a studyreleased in October.

Lately, Hoffman has been preparing to promote the second edition of her book, Aging with a Plan, which will be released in early 2022. The book, which provides a comprehensive resource for readers approaching middle age and beyond, is rooted in personal experience. Hoffman wrote the first edition soon after both of her parents died in 2013 and 2014 and her husband was diagnosed with Parkinson’s disease in 2013 when he was just 55 years old.

“Everyone is going to have encounters with doctors or have to do caregiving for older relatives,” Hoffman said. “It’s really important that people understand how things work and to whom they should turn when they need help.”

While the Distinguished Faculty Research Award recognizes Hoffman for her scholarly writing and research, she also thrives in the classroom and as faculty advisor to student editors of the law school’s Health Matrix: The Journal of Law-Medicine, ranked second among all specialty journals in the fields of health, medicine, psychology and psychiatry law.

“An academic career is a good fit for me,” she says. “I love everything about it.” 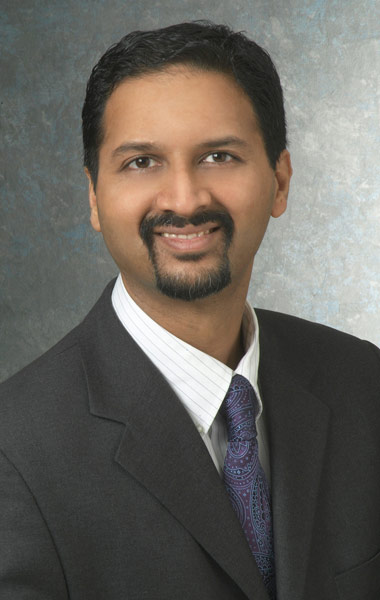 Anant Madabhushi has focused his career on bending the power of artificial intelligence (AI) and machine learning toward an increasingly realized goal: a personalized and precision medicine, especially in the realm of cancer detection, diagnosis and care.

Madabhushi, who came to Case Western Reserve University in 2012, founding the Center for Computational Imaging and Personalized Diagnostics that same year, is considered a pioneer and a global authority in medical-image analysis and computational pathology.

His cancer research has dramatically increased pathologists’ abilities to be able to successfully tell, among other things, which patients would respond well to chemotherapy, immunotherapy or even whether cancer would return or how long a patient might live. Some of his other recent work has been in teasing out racial bias in AI and determining which COVID-19 patients will likely need ventilators.

He is also a research health scientist at the Louis Stokes Cleveland Veterans Administration Medical Center.

Madabhushi has secured $65 million in completed and current funding, authored over 400 peer-reviewed publications and has more than 100 patents issued or pending. His published research has been cited more than 22,000 times and counting.

That impact is being noticed: James Duncan, the Ebenezer K. Hunt Professor of Radiology and Biomedical Engineering at Yale University, called Madabhushi “one of the true ‘all stars,’ especially in the area of computational pathology.”

James S. Lewis Jr., professor of pathology, microbiology, and immunology at Vanderbilt University Medical Center, said Madabhushi “seeks solutions that are clinically relevant and impactful, with a particular focus on technologies that are low-cost and will benefit global health and patients from underrepresented populations.”

Jayaram K. Udupa, professor of radiologic science in radiology at the Perelman School of Medicine at the University of Pennsylvania, highlighted Madabhushi’s effort to collaborate across “engineering, medical, academic, and clinical ecosystems.”

Madabhushi’s work on smart-imaging computers was called out by Prevention Magazine as one of the top 10 medical breakthroughs of 2018.  In 2019, Nature Magazine hailed him as one of five scientists developing “offbeat and innovative approaches for cancer research;” and he’s been named to The Pathologist’s Power List three years running. 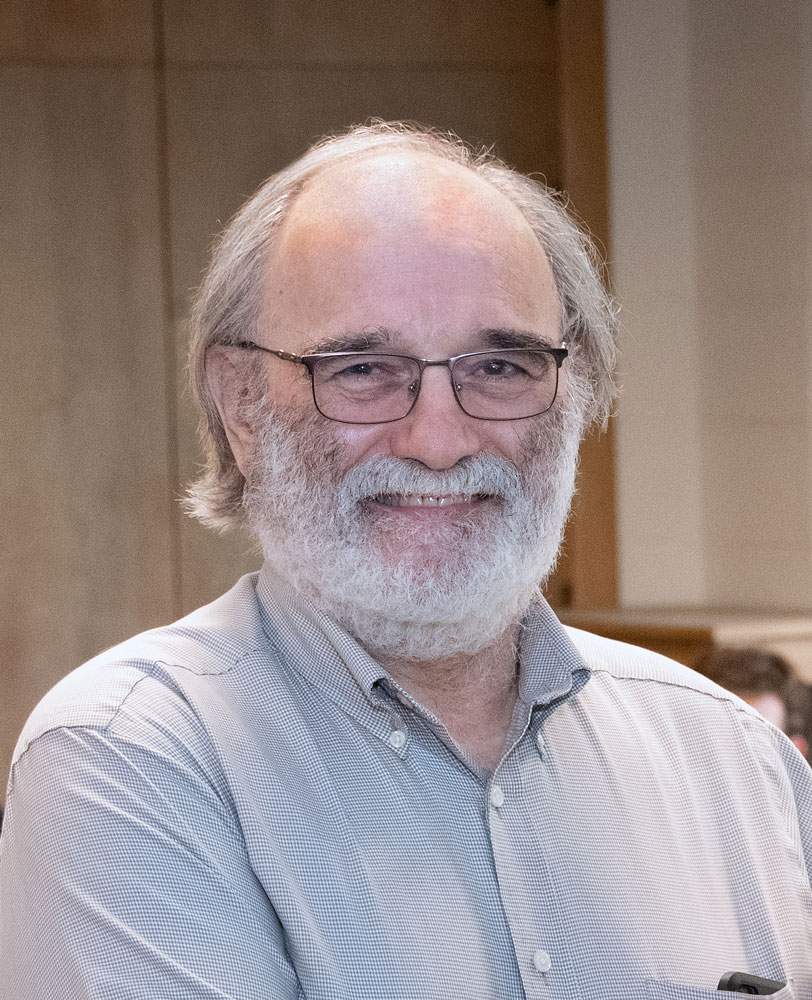 Frank Hovorka Professor of Chemistry and Director of the Ernest B. Yeager Center for Electrochemical Sciences, College of Arts and Sciences

Daniel Scherson is considered to be among the most preeminent physical electrochemists in the world. A part of the Case Western Reserve University faculty since 1983, he has made numerous contributions to the development of theory and experimental methods for investigating electrochemical reactions that are crucial in modern energy technologies such as electric fuel cells and batteries.

Scherson’s prolific work in the electrochemistry field over the past 40 years has culminated in more than 250 publications and seven patents to his name. He is the first person to report of an implantable biofuel cell—now a major field of research.

He is also widely known for his seminal in-situ interfacial spectroscopy, and was among the first to use spectroscopy and synchrotron-based results to study important electrochemical problems.

“Professor Scherson’s contributions to physical electrochemistry and batteries are manifold and have greatly benefited all electrochemical communities that require fundamental understanding and technological innovation to enhance their effectiveness,” said Dennis W. Hess, professor emeritus at Georgia Institute of Technology, who has collaborated with Scherson through the Electrochemical Society and the American Chemical Society. “His scholarly accomplishments over several decades have been recognized worldwide.”

Such recognitions have included prestigious awards ranging from the Alexander von Humboldt Senior Fellowship Award to, most recently, the Edward W. Morley Medal of the Cleveland Location Section of the American Chemical Society.

“Dan Scherson has led a very distinguished and highly productive program in fundamental electrochemistry for four decades at CWRU,” said Henry S. White, distinguished professor of chemistry at the University of Utah, who has followed Scherson’s research for 30 years. “In my view, he is one of the most creative electrochemists of his generation.”