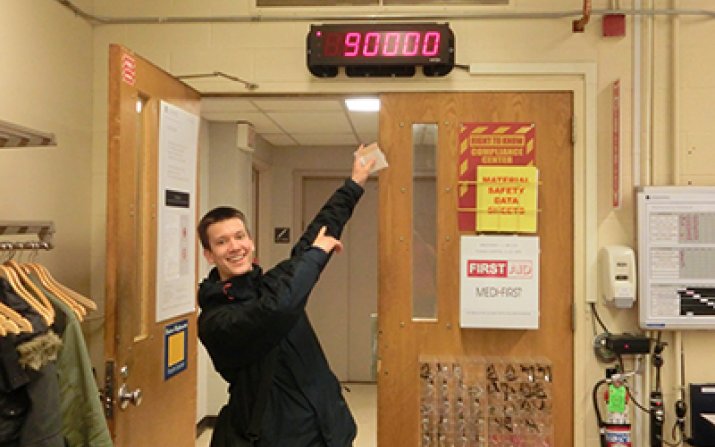 Taylor Barto, a third-year electrical engineering major at Cleveland State University, was visiting think[box] to work on an embedded systems project for class.

Think[box] opened its doors in Glennan Hall in 2011, giving the campus and regional community access to equipment and resources for turning ideas into inventions. In 2014, the university broke ground on the first phase of the expansion project that will move think[box] into its permanent home—a seven-story, 50,000-square-foot innovation hub.