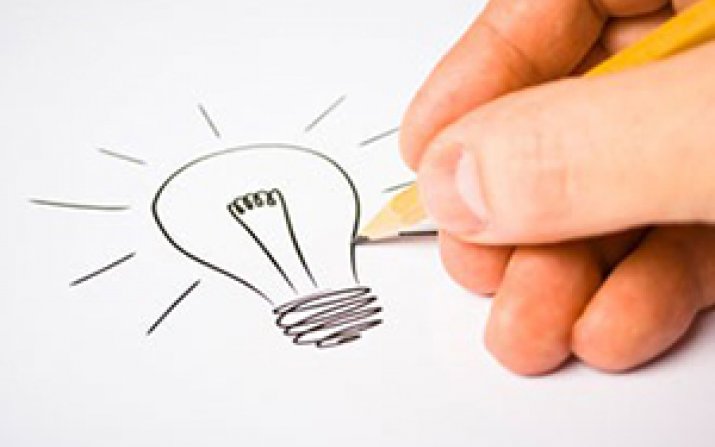 The power of ideas paid student entrepreneurs handsomely during the school year. In all, they won more than $200,000 in competitions.

Winners came to college with a notion or developed concepts in classes or while learning to handle an independent life away from home. They used such resources as think[box], Case Western Reserve Blackstone Launchpad—both with funding from the Burton D. Morgan Foundation—entrepreneurial classes in the business and engineering schools, LaunchHouse, BioEnterprise and other off-campus entrepreneurial networks, mentors and resources.

FGC Plasma Solutions won the $50,000 Department of Energy Student Prize and the $50,000 Aviation Clean Energy Award, sponsored by Boeing, United, and UOP Honeywell, at the regional Clean Energy Challenge in Chicago in April. The company is solving a 30-year-old engineering challenge: using a plasma to assist in igniting fuel inside a jet engine.

Gomez del Campo was a Florida high schooler when he came up with the idea for a nozzle that uses plasma—gas-like charged matter—to separate jet fuel into molecules that burn more efficiently. The result is safer combustion safer and lower fuel consumption.

The White House honored Gomez del Campo, a rising senior with a double major in aerospace and mechanical engineering, and other student entrepreneurs from across the country during a ceremony in May.

“While it is of course an incredible honor, which validates many years of hard work and sacrifices, I have seen so many other great entrepreneurs working on incredible technologies who are at least as deserving as I am,” Gomez del Campo said.

He also was one of five regional contest winners to compete in the Department of Energy’s National Business Plan Competition in Washington on June 24, going up against teams from Carnegie Mellon University, Stanford University, MIT and the University of California at Berkeley. In preparation, the company ran computer simulations and tests on campus and at NASA Glenn Research Center.

Greenlite Technologies took in $10,000 by winning the Spartan Challenge Entrepreneurial Competition and a $75,000 People, Prosperity and the Planet phase II grant from the Environmental Protection Agency. The grant follows an earlier $15,000 phase I grant from the EPA.

Rising juniors Samuel Crisanti, a mechanical engineering major, and Ian Ferré, a math major, came up with the idea for a foot-powered charger in a class called “Engineering Design for the World’s Poorest” last year. Rising junior Evan Harris, a finance major, has since joined them and is handling the business side of the venture.

The charger is powered by pressing on a foot pedal, like that used to beat a bass drum. Connected gears turn a generator, emitting enough electricity to charge a phone and power an LED lamp. The undergraduates found that villagers in rural parts of Africa and elsewhere may travel a day to a town in order to pay someone to charge their phone. They aim to build a charger that’s smaller than a shoebox and costs less than $5 to manufacture.

“All of the money will be put towards furthering the business, continuing development, and traveling to the Philippines and Lesotho (again) to conduct market research,” Ferré said.

With the growing body of medical data being generated, al Dubhaib, who is in the BS/MS systems engineering program, saw the need and opportunity to provide patients, health care workers and insurers with the best evidence-based treatments, at the touch of a button.

“Triple Analytics’ system is able to sift through this data and identify treatments and therapy regimens that worked best in the past for specific types of patients,” he explained.

He called the global student competition “one of the most rewarding experiences I had this year.”

In addition to the money, “I made a lot of valuable contacts,” al Dubhaib said. “In fact, through their mentorship program, I met one of my most-involved medical advisory board members.”

College Hamper, a laundry courier service for college campuses, was awarded a total of $7,000 after taking third place in the Spartan Challenge and second place in the regional Entrepreneurship Education Consortium IdeaLabs Competition.

Founder Marc Parnell, a rising sophomore majoring in economics and mathematics, quickly saw the need when he arrived on campus. “Laundry isn’t something that students love doing, and the process can certainly be improved,” Parnell said.

The courier service is run within a logistics-driven mobile software framework, similar to Uber or Roadie, a neighbor-to-neighbor shipping network.

In addition to prize money, the contest provided seasoned experts to mentor the winning teams from concept through planning.

Answenergy, won the sixth annual Saint Gobain Student Design Competition and $9,000 in prize money. The company, which also competed in the regional Clean Energy Challenge finals in April, designed a portable device that harvests the energy of motion to power a cell phone or other electronics.