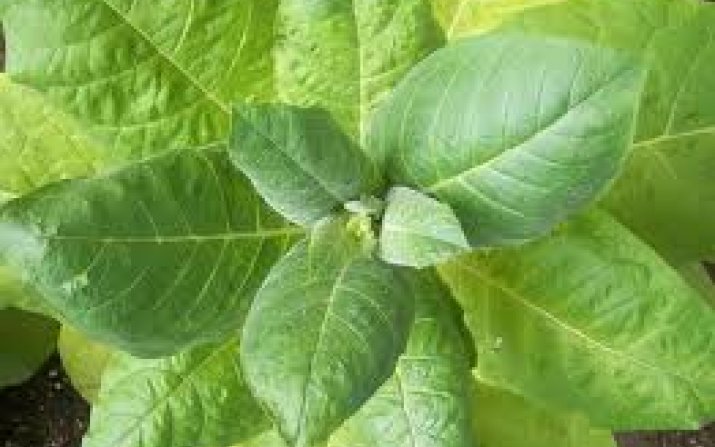 The shells of a common plant virus, inhaled into a lung tumor or injected into ovarian, colon or breast tumors, not only triggered the immune system in biologic models to wipe out the tumors, but provided systemic protection against metastases, researchers from Case Western Reserve University and Dartmouth College report.

The scientists tested a 100-year-old idea called in-situ vaccination. The idea is to put something inside a tumor and disrupt the environment that suppresses the immune system, thus allowing the natural defense system to attack the malignancy.

That something—the hard coating of cowpea mosaic virus—caused no detectible side effects, which are a common problem with traditional therapies and some immunotherapies.

The team’s research is published in the journal Nature Nanotechnology.

“The cowpea virus-based nanoparticles act like a switch that turns on the immune system to recognize and fight against the tumor—as well as to remember it,” said Nicole Steinmetz, an assistant professor of biomedical engineering at Case Western Reserve, appointed by the Case Western Reserve School of Medicine.

“The particles are shockingly potent,” said Steven Fiering, professor of microbiology and immunology at Dartmouth’s Geisel School of Medicine. “They’re easy to make and don’t need to carry antigens, drugs or other immunostimmulatory agents on their surface or inside.”

The immune system’s ability to detect and destroy abnormal cells is thought to prevent many cancers, according to the National Cancer Institute. But when tumors start to develop, they can shut down the system, allowing tumors to grow and spread.

To restart immune defenses, the scientists used the tumor itself as if it were the antigen in a vaccine—that is, the target for antibodies produced by the immune system.

The cowpea virus shell, with its infectious components removed, acts as the adjuvant—a substance that triggers and may enhance or prolong antigen-specific immune responses.

The process and results

The researchers first switched on the immune system in biologic models to attack B16F10 lung melanoma or skin melanoma, leaving the models tumor-free. When the treated models later were injected with B16F10 skin melanoma (to re-challenge the cured models), four out of five models soon were cancer free and one had a slow-growing tumor.

The nanoparticles proved effective against ovarian, breast and colon tumor models. Most of the tumors deteriorated from the center and collapsed. The systemic response prevented or attacked metastatic disease, which is the deadliest form of cancer.

“You get benefits against disease you don’t even know is there yet,” Fiering said.

“Because everything we do is local, the side effects are limited,” despite the strength and extent of the immune response, Fiering said. No toxicity was found.

Harsh side effects, such as fatigue, pain, flu-like symptoms and more are common with chemo and radiation therapies and with some immunostimulation drugs.

The researchers are now trying to understand how the virus shell stimulates the immune system.

“It’s not cytotoxic, there’s no RNA involved or lipopolysaccharides that may be used as adjuvants, and it’s not simply an irritant,” Steinmetz said. “We see a specific immune response.”

Unlike most other adjuvants, Fiering said, the virus shells stimulate neutrophils, a type of white blood cell. What role that plays is not yet known.

If the virus shell continues to prove effective, the researchers believe it eventually could be used in combination with other therapies tailored to individual patients.