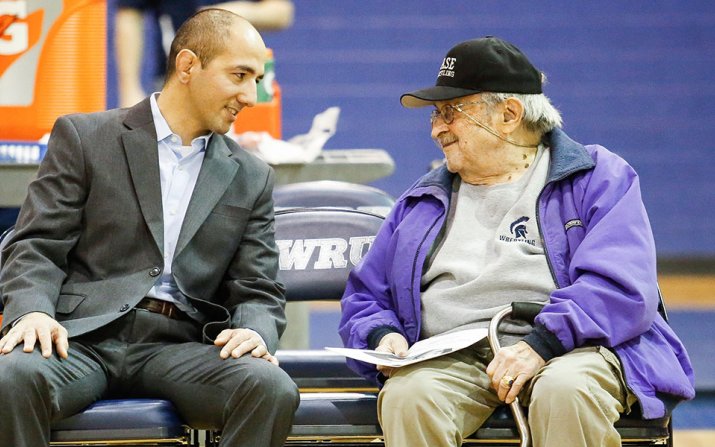 Simon “Si” Ostrach, who ultimately became “a giant in the field,” had no idea what engineering was when he graduated high school.

“I came from Eastern European people, and the anticipation was that you’re going to be a physician or a teacher or maybe an attorney,” he said in an interview for NASA’s Oral History Project in 2014. “I’d never spoken to an engineer. I had no idea what engineers did.”

Ostrach had set his sights on pre-med—until he worked at a summer camp after graduation with his high school guidance counselor.

“All throughout the camp, he said to me, ‘Why don’t you become an engineer?’ He kept hammering away,” he recalled in the interview, “and about three weeks before we broke camp, he wrote a letter to the University (of Rhode Island, Kingston), changing me from pre-medicine to engineering.”

That letter launched Ostrach on a career of extraordinary achievement, including membership in the National Academy of Engineering and the American Academy of Arts and Sciences. The former director of the National Center for Space Exploration Research and a longtime engineering faculty member died of congestive heart failure Monday, Oct. 2, at his home in Pepper Pike. He was 93.

His son Louis Ostrach (SanDee) preceded him in death, as did his first wife, Gloria, and his second wife, Margaret.

Over the course of a 60-year career, Ostrach’s work contributed to the development of crystals for semiconductors and life-support systems in space, as well as for ground-based materials processing.

“He was a giant in his field,” said Joe Prahl, a Case Western Reserve mechanical and aerospace engineering professor, friend and sailing companion whom Ostrach hired in 1968.

Ostrach began his professional engineering career at the NACA Aircraft Engines Research Laboratory (predecessor to NASA Glenn) in Cleveland. He later came to the Case Institute of Technology, ultimately becoming chair of what was then the Fluid, Thermal and Aerospace Sciences Department.

His main research focus was the effect of weightlessness on the behavior of fluids and how flows—which occur in nature and various technologies—are induced and affected by various forces.

In 1998, NASA named Ostrach one of 12 “Super Stars of Modern Aeronautics,” selected for their significant contributions to the agency’s aeronautics programs over the previous 50 years. Specifically, he was recognized for his work in buoyancy-driven flows and microgravity science.

After 45 years on the faculty, Ostrach retired in 2005 and became the Wilbert J. Austin Distinguished Professor Emeritus of Engineering.

Ostrach’s other driving passion was wrestling. In high school, he was highly regarded in the sport, and, as an adult, spent 25 years as one of the most respected NCAA wrestling officials in the nation. He was an avid supporter of Case Western Reserve’s wrestling program, serving as its faculty liaison for the last 20 years and as a mentor to countless Spartan wrestlers. The Dr. Si Ostrach Meet is held annually in January in his honor.

Ostrach will be among six inductees into the Spartan Club Hall of Fame on Saturday as part of Homecoming festivities.

“It is well known the soaring intellect of Si Ostrach,” said Amy Backus, director of athletics and chair of physical education. “What may not be known is his love for the sport of wrestling and his support of our wrestling program at CWRU. He shared his knowledge and his stories with generations of Spartan wrestlers. He was one of a kind and he will truly be missed.”