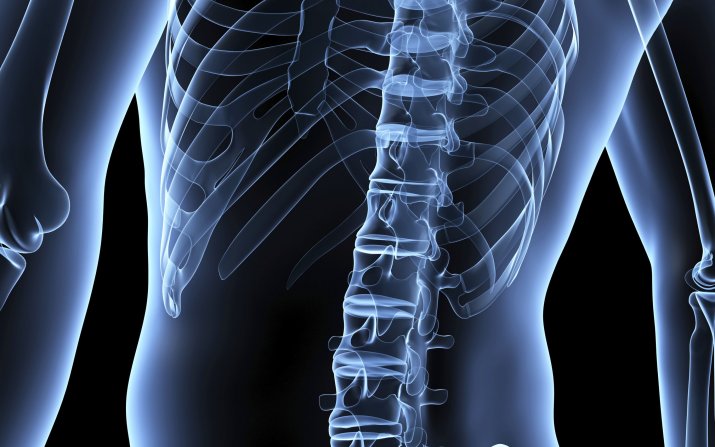 In a third step forward, the U.S. Food and Drug Administration (FDA) has approved IFR’s application to begin clinical trials on 10 patients. The first trials, with patients using the system for hand grasp and postural balance, are scheduled to begin this fall.

“The business model we’re creating is designed to be a lasting partnership, serving the small population with spinal cord injury as well as patients who’ve suffered a stroke and other neurological disorders,” said Hunter Peckham, the Donnell Institute Professor of Biomedical Engineering and Distinguished University Professor at Case Western Reserve.

Peckham and his team have sought a for-profit manufacturing partner that’s committed to serving the population.

“The partnership with Synapse Biomedical marks a pivotal step in our program because, not only will it serve as the manufacturer of the Case Western Reserve-developed Networked Neuroprosthesis and license the technology for its own use, but we anticipate the partnership being the first step in creating a sustainable business model for this technology to reach people with spinal cord injury,” said Megan Moynahan, the institute’s executive director.

For 13 years, Synapse Biomedical has been developing and commercializing a neurostimulation system to help patients with spinal cord injuries (SCI), ALS or other illnesses to breathe. The company has sales in 25 countries.

“We have a long history of transferring technology from the advanced development labs of Case Western Reserve to the commercial marketplace and look forward to making this available to a broader group of patients,” said Anthony R. Ignagni, president and chief executive officer of Synapse Biomedical, Inc.

Earlier-generation systems developed at Case Western Reserve had components outside the body but demonstrated that neurostimulation allows paralyzed individuals to grasp and drink from a cup, maintain balance, breathe and cough, regain bladder control or stand.

The technology uses electrical stimulation to activate neural pathways and create or restore motion. Smaller, more powerful and longer-lasting batteries and microelectronics now allow surgeons to embed an entire customized system under the skin. A patient will recharge the battery nightly with a wireless charger.

In upcoming clinical trials, patients will test a multi-purpose implantable stimulator that can be deployed in various configurations to address multiple clinical problems due to neurological disorders, such as paralysis, Peckham said.

The Neilsen Foundation wants to ensure patient access to the technology doesn’t rely solely on for-profit businesses that can halt production if investors fail to see a large return–a scenario that took an earlier, proven system off the market.

“Our goal in funding IFR is to give the nonprofit enough support to get off the ground and begin working to bring this new technology to the people who need it as soon as possible,” said Kim Eisner, the foundation’s executive director.

“Valtronic is excited to enter a partnership agreement with Case Western Reserve University and Synapse to facilitate, grow and bring the next-generation of innovation and technology to the forefront of patient care,” said Jay Wimer, president and CEO of the company.

To reach more patients, Synapse is bringing international partners to the collaboration. The University of Tokyo, Institute for Industrial Science will participate in developmental tasks and clinical studies and USCI Ltd. will help establish a Japanese entity to further promote the commercialization of the technologies in Asia.

Synapse Biomedical will build and sell the systems as the technology earns regulatory approvals in Europe, Japan and from the U.S. FDA as early as 2017.