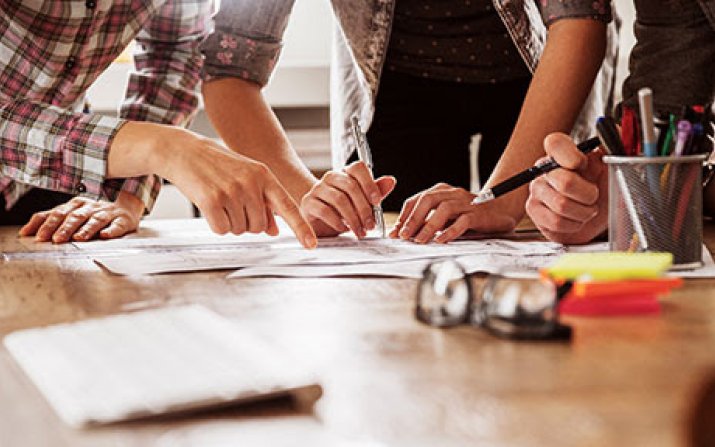 The six finalists of the upcoming Morgenthaler-Pavey Startup Competition will not only compete for $50,000 in winnings, they will also receive free legal and entrepreneurial services and experience by working directly with industry professionals keen on growing the local startup ecosystem.

But first, the application to compete is due by Nov. 16.

Any current Case Western Reserve University student or graduate of the last five years is invited to enter. Teams need only one university-affiliated member to take part in the competition.

To apply, each team submits a pitch deck—a quick overview of its business plan—that will be reviewed by a Weatherhead School of Management entrepreneurial finance class, using a standardized scoring rubric. Six finalists will be invited to compete in-person at an on-campus pitch event in May.

“Teams that enter will not only compete to win, they will be given valuable chances to improve their skills and the success of their businesses along the way,” said Scott Shane, the A. Malachi Mixon III Professor of Entrepreneurial Studies and an economics professor at the Weatherhead School, as well as a co-organizer of the contest.

While last spring’s first Morgenthaler-Pavey contest concluded with a March pitch competition, this year’s finale has been moved two months later—May 29, 2019—to allow finalists more time to work with professionals offering their services as sponsors of the contest.

First place earns $25,000; second $15,000; and third $10,000. Prizes will be provided by JumpStart, which also will help startups hone their pitches before taking the stage. Law firm Thompson Hine also returns as a sponsor.

New support comes from Ernst & Young, which will offer the teams accounting, consulting and tax assistance.

To each of the top three finishers, local development firm The Finch Group will provide six months of free rent at its co-working space at Glenville Circle North, a new building being constructed at East 105th Street and Ashbury Avenue, near campus.

Co-locating in the space will be top national startup accelerator Gener8tor, which plans to enter the Cleveland market with its gBeta pre-accelerator program this summer. The contest’s six finalists will advance automatically to final round interviews for entry in its seven-week program.