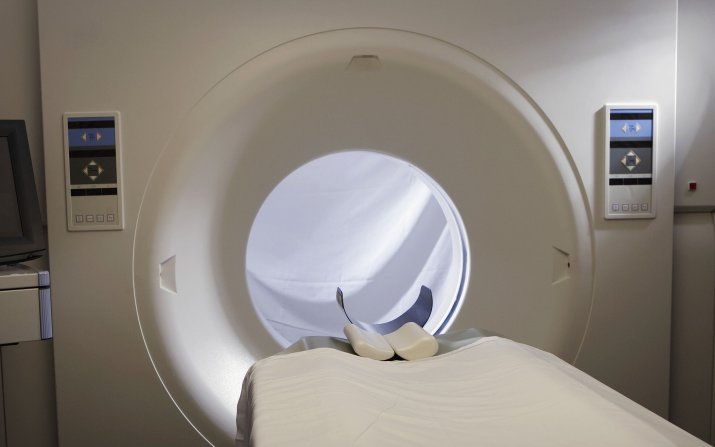 For women with the most common type of breast cancer, a new way to analyze magnetic resonance images (MRI) data appears to distinguish reliably between patients who would need only hormonal treatment and those who also need chemotherapy, researchers from Case Western Reserve University report.

The analysis may provide women diagnosed with estrogen positive-receptor (ER-positive) breast cancer answers far faster than current tests and, due to its expected low cost, open the door to this kind of testing worldwide.

The research is published in the journal Nature Scientific Reports.

“Until about 15 years ago, doctors had no way of telling aggressive cancer from non-aggressive, so the majority of women got chemotherapy, which can produce very harsh side effects,” he said.

Since then, a genomic test for differentiating between aggressive and nonaggressive cancer was developed. The test requires doctors to send a biopsy sample to a company that analyzes it and assigns a risk score that the doctors then use to guide treatment.

“The test is used frequently in the United States, but it destroys tissue, requires shipping and costs about $4,000,” said Madabhushi, who is a member of the Case Comprehensive Cancer Center. “The cost puts the test out of reach for people in middle- and low-income countries.”

They analyzed images of 96 ER-positive cancer patients scanned at a hospital in Cleveland or Boston. Each woman had undergone what’s called a “dynamic contrast enhanced MRI,” which produces images of tissues as they take up a contrast agent. Each woman had also undergone the genomic test.

Because intensity values regularly used to analyze tissues vary by scanner, the researchers needed a different way to search for signals distinguishing the two categories of patients.

In 85 percent of the cases, the conclusions matched those of the genomic test.

“We think the dynamic texture data is robust and reliable,” Madabhushi said. “It allows us to compare apples to apples.”

He expects the test, if further trials validate it, would cost “pennies on the dollar, compared to the $4,000 test.”

For the patient, the test requires an MRI scan, which many doctors already prescribe for those newly diagnosed with cancer. “So the test, for many, doesn’t require the cost of a scan,” Madabhushi said.

He said a computer and program are the tools needed. No tissue would be shipped. Instead of waiting a week or two for results, the wait would be minutes, reducing the stress on patients and allowing them to quickly start treatment, the researchers say.

“With cloud computing and data warehousing, we can analyze images coming in from anywhere in the world, “Madabhushi said. “It breaks down geographic boundaries because everything is electronically transmitted.”

The researchers are seeking funding to evaluate the test further. They want to look at the outcomes for the 96 patients to try to determine how accurately this test and the genomic test predicted who needed chemotherapy and who didn’t. They plan to test scans from more sites to see if the results hold up.

Madabhushi said even if the MRI test proves to make accurate predictions only for patients at extremely low or extremely high need for chemotherapy, the analysis would still serve 30 to 40 percent of patients.