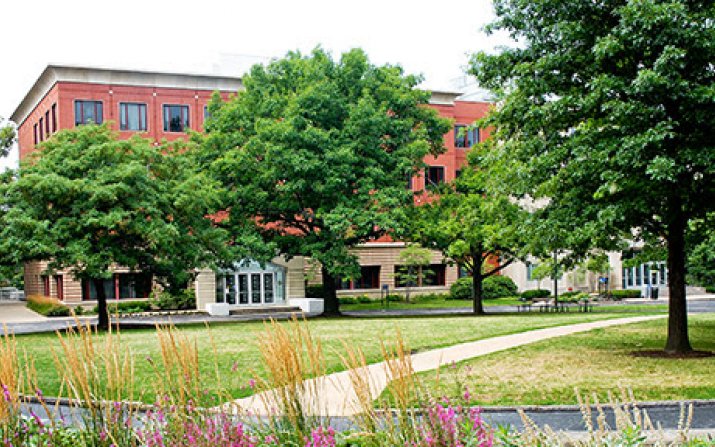 Charles Phipps has had a deep, personal and professional connection with the Case School of Engineering at Case Western Reserve University for more than 70 years.

That partnership and relationship has recently been further cemented: His $5 million pledge in 2018 endowed the Charles H. Phipps Dean at the Case School of Engineering.

The endowment will allow Venkataramanan “Ragu” Balakrishnan, new dean of the engineering school, to annually draw from the fund for research opportunities, strategic initiatives and transformative ideas.

“This support is incredibly helpful to the school and I am so grateful to Mr. Phipps for his generosity,” said Balakrishnan, who began his deanship Sept. 1.

“We already have begun laying the groundwork for a new first-year experience for all engineering students in order to teach them engineering fundamentals through a series of hands-on labs,” he added.

“In addition, we’re enhancing our research program so that we can expand the interdisciplinary research we’re able to conduct while also growing our PhD program. Neither of these efforts would be possible without Mr. Phipps’ support.”

Balakrishnan came to Case Western Reserve after nine years leading one of the nation’s top programs for electrical and computer engineering at Purdue University. Under his direction, Purdue’s largest academic unit experienced dramatic growth in undergraduate enrollment, research funding, and faculty diversity, among other accomplishments.

The endowment is Phipps’ third major gift to the school:

Phipps was accepted into CIT after high school in 1944, but first served two years in the U.S. Army, where he also took engineering classes. He earned an electrical engineering degree from CIT in 1949.

“Case (Institute of Technology) at that time was just right for me, in part because of the small class sizes and easy rapport with professors, as I came from a small town and would have been lost at a larger university,” Phipps said. “But the university also had a strong interplay between engineering and science, and with that and social and other activities, I had a sense of accomplishment by my senior year and initial confidence for trying new uncharted challenges.”

His subsequent career in those “uncharted challenges” reads like a history of early computer engineering. In fact, Phipps’ career is summarized in an online listing in the Computer History Museum.

Phipps, now 92 and living in Dallas, had a career that spanned more than four decades as he went from General Electric to Motorola to Texas Instruments, where he landed in the late 1950s, just as the company was developing integrated circuits and semi-conductors for new markets.

He worked at Texas Instruments for 30 years, becoming the director of strategy when strategy was just emerging as its own business discipline. He later wrote his own personal account of the company’s early history.