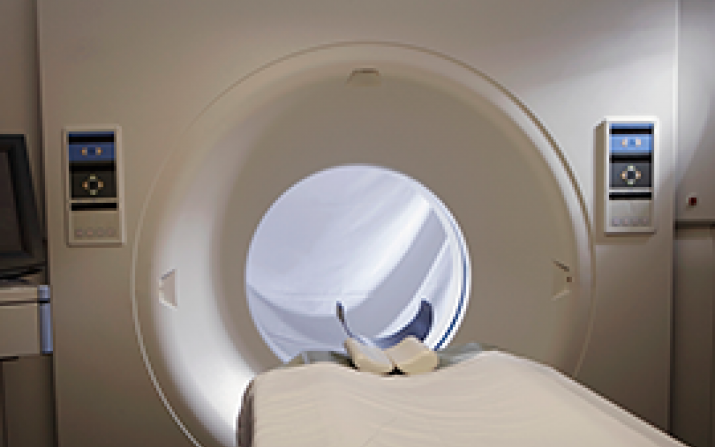 "Currently, there is no imaging technology in clinical use that can detect tumors or metastases smaller than 2 millimeters in diameter," said Zheng-Rong Lu, professor of biomedical engineering and leader of the research. "This can detect them as small as 300 microns--a few hundred cells."

Metastasis is the most common cause of breast cancer deaths. Scientists believe early detection and treatment of primary and metastatic tumors increases the chances of survival.

The key to earlier detection is a small peptide gadolinium-based MRI contrast agent that binds to molecular markers, called fibrin-fibronectin complexes. The complexes are expressed in high-risk primary tumors and metastases.

The small peptide is a chain of five amino acids. Called CERKA for short, the peptide doesn't attach to healthy tissues. But in metastatic tumors and aggressive primary tumors--especially those preparing to metastasize--more fibronectin is expressed and more image contrast generated, the researchers found.

"We not only detect the tumor, but detect it's aggressiveness," Lu said.

The engineers tested the agent on biologic models bearing breast cancer metastases. Signals generated during a molecular MRI showed the agent was effective at delineating primary tumors and micrometastases in the lung, liver, lymph node, adrenal gland, bone and brain as small as 300 micrometers. The agent increased the signal output from metastases by 77 percent to 122 percent.

Lu and his colleagues plan to pursue tests proving the agent is safe and hope to begin clinical trials within three years. A biodistribution test previously done showed the agent clears the body in eight hours, about the same time as current clinical contrast agents.

The researchers are also working to make the agent more tumor-specific, starting with tweaking the technology to detect prostate cancer.