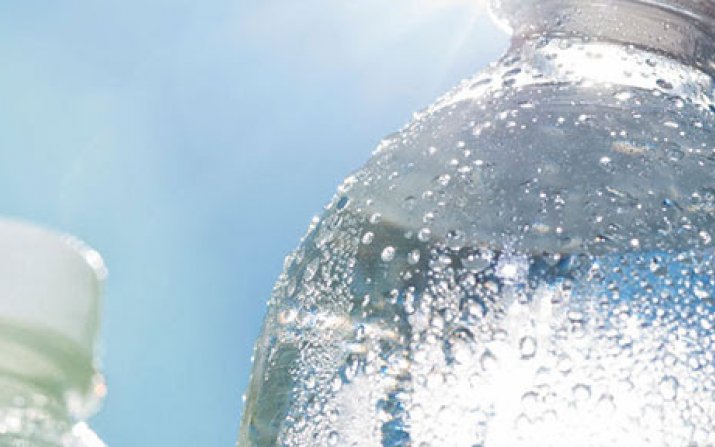 A team of student innovators from Case Western Reserve University, developing a device to expand access to clean drinking water globally, was chosen a finalist in the 2018 Collegiate Inventors Competition (CIC) by the National Inventors Hall of Fame.

Finalists will present their entries to a panel of judges composed of innovators from across the country, and have their inventions showcased at the CIC Expo at the United States Patent and Trademark Office (USPTO) headquarters in Alexandria, Virginia, Nov. 14-16.

“Our team is hopeful that being a finalist for this award helps us bring our device to the people who desperately need it,” said Sanjit Datta, executive director of the Billion Bottle Project (BBP), the student team’s Cleveland nonprofit working to enhance what is known as solar disinfection to make water safe to drink. “We hope that it helps support our research and development efforts and helps us build partnerships to move our invention from the laboratory into the field.”

The other BBP team members participating in the national competition are Charit Tippareddy, David Pfau and Eric Salomon. All four team members are students at the School of Medicine.

“Sanjit Datta and the Billion Bottle Project team are incredibly impressive,” said Dan Lacks, the C. Benson Branch Professor and chair of the Department of Chemical and Biomolecular Engineering at the Case School of Engineering and the team’s advisor.

“They identified an important widespread need and have working prototypes of an effective and realistic solution to meet the need,” Lacks said. “The team works fully independently and shows strong creativity, cleverness and ability to develop expertise in new areas. They have already achieved impressive success in creating their prototypes, and they are poised to move to a commercial product that could have a real impact on the world.”

CIC, founded in 1990 to encourage and drive innovation and entrepreneurship at the collegiate level, is a program of the National Inventors Hall of Fame in North Canton, Ohio—in partnership with the USPTO. The competition brings together the nation’s brightest college minds to showcase, recognize and award their cutting-edge research and discovery. Among the 2018 finalists are teams from Harvard University, John Hopkins University, Massachusetts Institute of Technology and Brown University.

Solar disinfection, developed in the 1980s to inexpensively clean water, is simply filling a clear bottle with water and exposing it to sunlight for several hours to destroy bacteria and viruses.

The approach is proven to reduce diarrheal disease, the second-leading killer of children younger than 5. Although solar disinfection is so effective that UNICEF and the World Health Organization have endorsed it, the technique can be difficult for users to know how long to treat their water to ensure it’s safe.

To address that uncertainty and speed the purification process, the team devised the Optimized Solar Purification with a Reusable Indicator, or OSPRI, a cheap, reusable, sensor that changes color when the water has received enough sunlight to be safe to drink. OSPRI is made of a dye-based formula contained in a tube that drops to the bottom of a water-filled bottle during solar disinfection.

“With our device, this underutilized technique becomes much easier to use, which will help it become practically accessible to a far wider audience,” Datta said. “What drives us is the potential to impact the health of so many people with a device that is so simple and affordable. Since we first started BBP, our goal has been to make our device accessible to as many people as possible.”

After nearly three years of development, BBP has a prototype water-disinfection technology that is ready for field-testing with the nonprofit’s partner in Nairobi, Kenya.

BBP has grown from three co-founders to a group of more than 30 students, most of them from Case Western Reserve. The team received funding from the Sears think[box] Student Project Fund to support development.