Making solar panels that last half a century 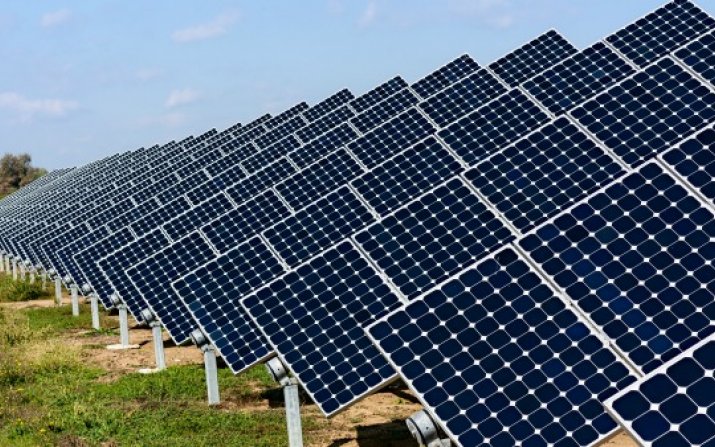 A team of solar energy researchers from Case Western Reserve University has been awarded $1.35 million from the U.S. Department of Energy Solar Energy Technologies Office to continue its work toward increasing the efficiency and lifetime of photovoltaic modules—specifically aimed at pushing their lifespan to 50 years.

The project is being led by Roger French, the Kyocera Professor in the Materials Science and Engineering Department at the Case School of Engineering and head of the SDLE Research Center at Case Western Reserve.

“This is the new challenge for solar energy—a 50-year lifetime for photovoltaic (PV) modules,” said French, whose research team had in 2017 received a similar $1.47 million Department of Energy grant to test new commercial silicon solar cell technology. “Right now, the lifetime of a solar panel is about 25 to 30 years, so this is a big jump, but one that can be made.”

Specifically, the research at Case Western Reserve is expected to help determine the relative value of two different kinds of module construction for encapsulating photovoltaic cells: one of double-glass construction and the other known as glass/backsheet, where the backsheet is instead a multilayer polymer laminate.

Each type of PV module construction has its advantages and disadvantages: double-glass better protects the structural integrity of the PV cells inside, but can also trap corrosive degradation products inside; glass/backsheet, on the other hand, “breathes” better to allow corrosives to leak out, but offers less physical protection to the inside components.

“My background is in chemistry, so I’m looking at the chemical degradation of polymers inside the solar panels, especially in the glass-glass construction, as many manufacturers are starting to use that method,” said Laura Bruckman, an associate research professor at the center.

And while Bruckman peers into the innards of the solar panel to look at chemical degradation, Jennifer Braid, post-doctoral researcher at the SDLE Research Center, will be considering the relative effect of that degradation on the PV cells and their electrical performance.

“One of the big problems is corrosion,” Braid said. “In the glass-polymer construction, those corrosive materials can escape; while in the glass-glass module, not so much. We’ll be measuring and comparing the effects of corrosion and other degradation modes on module power loss.”

The team will also compare the mechanical durability of glass-glass and glass/backsheet modules with Jennifer Carter, an assistant professor specializing in data science.

French said the testing will be done on photovoltaic modules made in the lab which are equivalent to commercial quality panels, but at a smaller scale. As with the 2017 research, the testing will also be under accelerated and real-world conditions.

A previous Energy Department initiative in 2009—known as the “SunShot Challenge”—was issued to spur researchers and developers to drive the cost of solar energy down to 6 cents per kilowatt hour by the year 2020. That threshold was achieved in 2017, three years early.

“Now we’re focusing on extending the lifetime of solar panels—and getting the cost down to 3 cents per kilowatt hour,” French said. “We may not do it as fast as the first SunShot, but the ultimate goal is to make (solar) the most efficient electricity source around.”

The Energy Department announced on Oct. 23.   that it would fund 53 innovative research projects aimed at lowering solar electricity costs and supporting a growing solar workforce, according to a news release.

That includes $27.7 million for 31 projects focused on photovoltaics research and development, including the Case Western Reserve research.

The department’s Solar Energy Technologies Office had also highlighted the SDLE lab’s work earlier this year as one of its “Success Stories.”