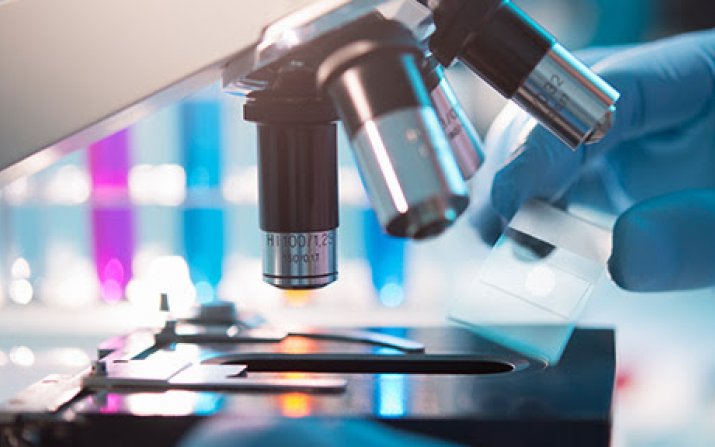 The issue: Even as digital pathology makes rapid advances worldwide—with more physicians analyzing tissue images on “smart” computers to diagnose patients—there are no reliable standards for the preparation and digitization of the tissue slides themselves. That means poor quality slides get mixed in with clear and accurate slides, potentially confusing or misleading a computer program trying to learn what a cancerous cell looks like, for example.

Researchers from Case Western Reserve University are trying to change that.

Bioengineering researcher Anant Madabhushi and Andrew Janowczyk, a senior research fellow in Madabhushi’s Center for Computational Imaging and Personal Diagnostics, have developed a program that they say will ensure the quality of digital images being used for diagnostic and research purposes.

The two unveiled their new quality-control tool in the most recent edition of the Journal of Clinical Oncology Clinical Informatics and are being supported by a three-year, $1.2 million grant from the National Cancer Institute.

The new tool incorporates a series of measurements and classifiers to help users flag corrupted images and help retain those that will aid technicians and physicians in their diagnoses.

“The idea is simple: Assess digital images and determine which slides are worthy for analysis by a computer and which are not,” said Madabhushi, the F. Alex Nason Professor II of biomedical engineering at the Case School of Engineering. “This is important right now as digital pathology is taking off worldwide and laying the groundwork for more use of AI (artificial intelligence) for interrogating tissue images.”

The application is “open source”— or free for anyone to use, modify and extend. It can be accessed through an online repository. It was developed by Janowczyk about 18 months ago after discovering what he believed to be a surprising number of poor-quality slides from the well-known Cancer Genome Atlas, home to more than 30,000 tissue slides of cancer samples.

Janowczyk said about 10 percent of the 800 cancer sample slides he reviewed had problems, ranging from a crack in the slide to an air bubble between the slide’s layers.

‘Knife chatter’ among many slide imperfections

To appreciate the value—and risk—in relying on the highly technical, smart-computer, digital-imaging cancer diagnosis, it’s helpful to understand the fundamental steps in getting there.

While these high-tech approaches can process thousands of images per second, they’re relying on digital images of the same kind of tissue slides that pathologists have been making for generations. And those slides, when viewed through a microscope, have more imperfections than you might think.

To create a slide, the pathologist first harvests a block of tissue from an organ dissection, places a small slice of the tissue on a piece of glass that will make up a slide. The tissue is then stained to reveal its cellular patterns. A second smaller piece of glass is then placed on top of the tissue sample to protect it.

The quality can be compromised in slide preparation by air bubbles, smears and ragged cuts (called “knife chatter”) in the tissue, or even during the digitization process, which may introduce blurriness and brightness issues.

“A microscope can’t focus on areas that have distorted quality,” said Janowczyk, who is also a bioinformatician at the Swiss Institute of Bioinformatics. (Bioinformatics is the science of collecting and analyzing complex biological data such as genetic codes or, in this case, digitized images of tissue slides.) “And it took me days to go through all of those slides to manually identify and remove the bad ones. It was then that I realized we needed a faster, automated way to make sure we had only the good tissue slide images.”

The result, Madabhushi said, moves toward a true “democratization of imaging technology” for better diagnoses of cancer and other diseases.

Partners on the new project—called “Histo-QC,” for “histology,” the study of the microscopic structure of tissues, and “Quality Control”—include researchers from University Hospitals, the Perelman School of Medicine at the University of Pennsylvania and the Louis Stokes Cleveland VA Medical Center.

Madabhushi established the CCIPD at Case Western Reserve in 2012. The lab, which now includes about 50 researchers, has become a global leader in the detection, diagnosis and characterization of various cancers and other diseases by meshing medical imaging, machine learning and artificial intelligence.

Some of its most recent work, in collaboration with others from New York University and Yale University, has been using AI to predict which lung cancer patients would benefit from adjuvant chemotherapy based off tissue slide images. That advancement was named by Prevention Magazine as one of the top 10 medical breakthroughs of 2018.