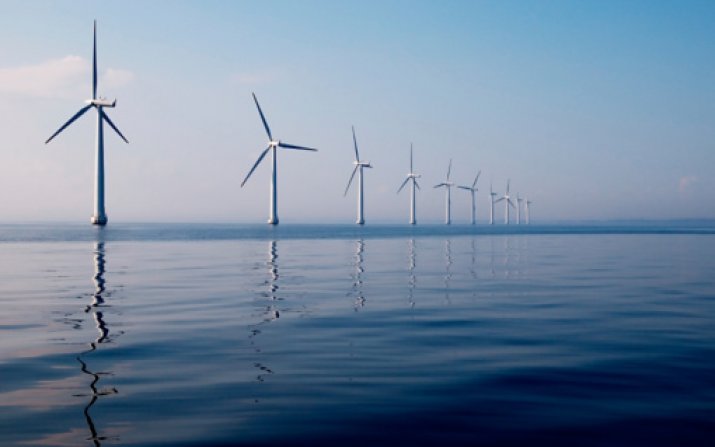 The federal Advanced Research Projects Agency – Energy funded both grants in hopes of meeting a growing demand for light, strong magnets that don’t use costly rare-earth elements. The agency wants these essential components for generators and motors made from resources under U.S. control. It awarded an initial grant of $1 million in 2011.
Currently, the rare-earth metal neodymium is the key element in light, strong magnets. The world’s supply is mined almost exclusively by China, where officials say their country will soon use all it extracts. Although a U.S. neodymium mine reopened last year, scientists and manufacturers are concerned the supply won’t meet demand, and production costs will remain high.

“A costing model puts neodymium–iron–boron used now at $60 per kilogram and our material at about $10 per kilogram,” said David Matthiesen, associate professor of materials science and engineering at Case Western Reserve and the project’s principal investigator.

Matthiesen’s group believes it can make magnetic powder out of cheap and plentiful iron and nitrogen, which can be compacted to form magnets with the desired properties. The engineers are combining early materials science with recent methods they developed to increase the carbon concentration in stainless steel way beyond the usual equilibrium solubility limit.

“We’ve had to go to the old literature to learn what materials the industry was working on before rare-earth metals came along and why everybody has failed at producing a powder made of the material with the highest known magnetic remanence,” Matthiesen said.

Remanence is the strength of the magnetic field a material produces after the material is magnetized. The higher the remanence, the smaller the mass of material needed to convert mechanical and electrical energy in a generator or vice versa in a motor.

In seeking a solution, the engineers returned to the science used to make ancient samurai swords, which had a hard, sharp but brittle cutting edge on a flexible blade. Centuries after manufacturing had begun, scientists understood that the flexible blade was cooled slowly, but the edge was cooled rapidly which resulted in a steel packed with carbon atoms differently than the slow-cooled steel.

Rapidly cooling the iron-nitrogen alloy produced a form of Fe16N2, called ’ (alpha prime) which is a disordered form, meaning its nitrogen atoms are randomly arranged.

Jack didn’t mention magnetic properties in his reports, but Japanese researchers found when they produced a thin film of pure alpha double prime to make a computer hard drive that the ’’ compound has the highest remanence of any material known.

So far, however, no one has been able to make ’’ powder that could be used to manufacture large industrial magnets. Scientists have been unable to dissolve enough nitrogen into iron to fully transform the solid solution into ’’. A partial transformation results in a correspondingly weaker magnet.

Matthiesen believes fellow materials science and engineering professors Frank Ernst, Arthur Heuer and Gary Michal may have found the keys. During the last decade, they developed a way to dissolve carbon or nitrogen in stainless steel that exceeds the natural equilibrium solubility limit up to 100,000-fold.

“We believe that combining all these bits of information will enable us to make bulk powders of ’’ with properties to make a practical magnet and replace neodymium–iron–boron magnets,” Matthiesen said.

With the new round of funding, the group has added Ames National Laboratory in Ames, Iowa, to the effort. The Ames Lab is providing a starting powder of specially engineered spherical alloy particles. The engineers will design and build a fluidized-bed reactor at Case Western Reserve to optimize processing parameters, Matthiesen said. “There are a lots of them,” he said, “and each affects the next.”

Matt Willard, associate professor in materials science and engineering at Case Western Reserve, will analyze the magnetic properties of their products, and the team will use computer simulation to help scale up the process for commercial production.

The Electrodyne Co., in Batavia, Ohio, a magnet manufacturer, and Baldor Electric Co. (now a division of ABB), in Richmond Heights, a motor and generator manufacturer, are part of the team to help speed the concept to market.

Investigates phase transformations and materials processing, especially their impact on structure and properties of materials