Is an ‘Internet of Ears’ the next big thing for smart homes? 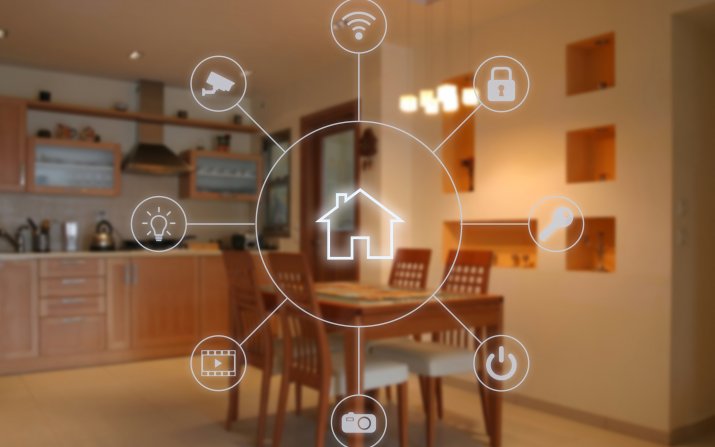 Houses have been getting progressively “smarter” for decades, but the next generation of smart homes may offer what two Case Western Reserve University scientists are calling an “Internet of Ears.”

Today’s smart home features appliances, entertainment systems, security cameras, and lighting, heating and cooling systems that are connected to each other and the internet. They can be accessed and controlled remotely by computer or smartphone apps.

The technology of interconnecting commercial, industrial or government buildings, someday even entire communities, is referred to as the “Internet of Things,” or IoT.

But a pair of electrical engineering and computer science faculty members in the Case School of Engineering have been experimenting with a new suite of sensors. This system would read not only the vibrations, sounds—and even the specific gait, or other movements—associated with people and animals in a building, but also any subtle changes in the existing ambient electrical field.

While still maybe a decade or so away, the home of the future could be a building that adjusts to your activity with only a few small, hidden sensors in the walls and floor and without the need for invasive cameras.

A building that ‘listens’

“We are trying to make a building that is able to ‘listen’ to the humans inside,” said Ming-Chun Huang, an assistant professor in electrical engineering and computer science.

“We are using principles similar to those of the human ear, where vibrations are picked up and our algorithms decipher them to determine your specific movements. That’s why we call it the ‘Internet of Ears.’”

Huang is leading the research related to human gait and motion tracking, while Soumyajit Mandal, the T. and A. Schroeder Assistant Professor of Electrical Engineering and Computer Science, focuses on vibration sensing and changes in the existing electrical field caused by the presence of humans or even pets.

“There is actually a constant 60 Hz electrical field all around us, and because people are somewhat conductive, they short out the field just a little,” Mandal said. “So, by measuring the disturbance in that field, we are able to determine their presence, or even their breathing, even when there are no vibrations associated with sound.

Huang and Mandal introduced their work in the IEEE (Institute of Electrical and Electronics Engineers) Sensors conference in Glasgow, Scotland, last year, and published further details in this year’s IEEE Sensors in New Delhi, India. A longer version of their results will appear in the journal IEEE Transactions on Instrumentation and Measurement early next year.

They’ve also tested the technology in conference rooms in the electrical engineering department on campus and in the Smart Living Lab at Ohio Living Breckenridge Village, a senior-living community in Willoughby, Ohio.

Mandal said they have used as few as four small sensors in the walls and floor of a room. As for privacy concerns, Mandal said the system would not be able to identify individuals, although it could be calibrated to recognize the different gaits of people.

They expect the system could provide many benefits.

“The first advantage will be energy efficiency for buildings, especially in lighting and heating, as the systems adjust to how humans are moving from one room to another, allocating energy more efficiently,” Huang said.

Another benefit could be the ability to track and measure a building’s structural integrity and safety, based on human occupancy—which would be critical in an earthquake or hurricane, for example, Huang said.

“This hasn’t really been explored as far as we’ve seen, but we know that humans create a dynamic load on buildings, especially in older buildings,” Huang said. “In collaboration with our colleague YeongAe Heo in civil engineering , we are trying to  predict if there is going to be structural damage because of the increased weight or load based on the number of people on the floor or how they are distributed on that floor.”