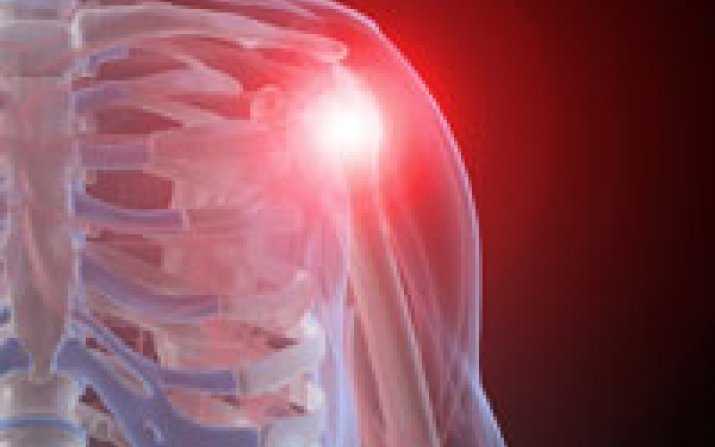 Ozan Akkus, professor of mechanical and aerospace engineering, has already devised a technique to reconstitute collagen—a building block of tendons—into tough fibers and induce adult stem cells to grow into tendons on those fibers.

"This is a concept that works on a lab bench," Akkus said. "We will refine the concept and test the validity on a biologic model."

"Following completion of that, we may be in position for clinical applications," he continued.
Tendons are the sinew that tie muscle to bone, enabling us to push and pull, run and jump or, in the case of the rotator cuff, throw a ball or a mundane task such as reaching up to a shelf. But the cuff is susceptible to wear and damage.

The American Academy of Orthopedic Surgeons reports that nearly 200,000 Americans require shoulder surgery to repair damaged rotator cuffs annually. The failure rate for repairs exceeds 20 percent, with the rate being highest for the largest tears.

"A simple detachment, doctors suture back in place," Akkus said. "But if the body or bulk of the tendon is damaged and there is not enough tendon to reattach, we need to regenerate bulk volume of the tendon."

To achieve that, the NIH grant will allow Akkus and a team of doctors and researchers to conduct basic science and translational work during the next five years.

At the heart of tendons is collagen, which is in skin, teeth, bones and ligaments of many species and is therefore accepted by the immune system. But, "normally, when you reconstitute collagen, it's as strong as Jell-O," Akkus said. "For a tendon, that's not an option."

His lab uses electrical currents to align collagen threads, mimicking the natural tendon and making the threads dense and strong as a tendon. And his team can make threads in bulk, which would enable manufacturers to make spools of the material—enough to accommodate hundreds of thousands of surgeries.

Woven threads are sufficiently strong to be surgically handled and sutured in place and be fully load-bearing, Akkus said. "This would enable a patient to begin physical therapy and remobilization quickly," he said.

The threads alone could be used as sutures to repair simple tears. But when more tendon material is needed, adult mesenchymal stem cells placed on the aligned collagen differentiate toward tendon cells without highly regulated growth factors, which also carry undesirable side effects or other chemicals.

Akkus' lab will investigate why differentiation occurs and whether other factors, such as mechanical stress, may further induce the stem cells to develop into tendon.

They will also test whether mesenchymal stem cells in bone marrow could complete a repair. They will drill holes in bone, tie collagen scaffolds through the holes and try to coax stem cells to spread over the scaffold and grow.

If this fails, they will seed cells on a scaffold in a petri dish and allow them to grow for a few weeks before implanting the biomaterial.

The researchers believe the technology will be useful for more than tendons. For example, mesh sheets woven with controlled pore size and geometry could be used to repair hernias or urinary incontinence. Sheets of collagen could be cast in molds of an ear or nose, for replacements for patients who suffered trauma or devastating tumors.