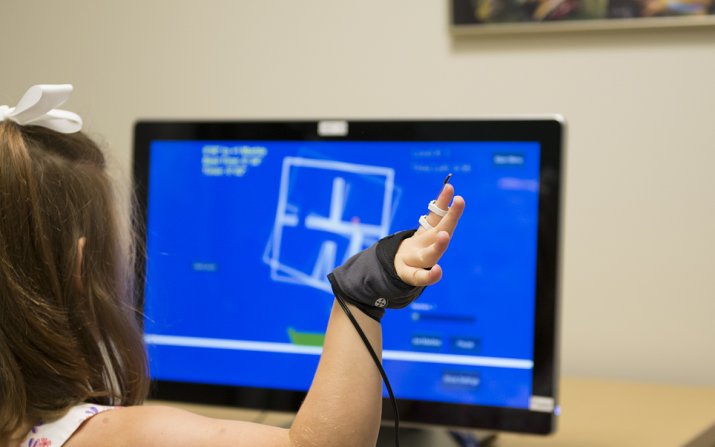 Fu won the grant to help commercialize his electrical-stimulation-assisted video game hand therapy—a treatment for children with hand disabilities due to cerebral palsy, he explained.

The four winners were selected for their ability to address the unmet need for medical devices used in pediatric rehabilitation.

The institutions awarded $150,000 in grant funding and more than 400 hours of in-kind service to the commercialization of four medical devices. All applications were reviewed through a multi-stage process by a panel of business, clinical, and technology development experts, and selected finalists were invited to pitch their strategy for developing and bringing their device to market.

Each device awarded in the 2016 Target Challenge is expected to be on the market within 18 months or near market with additional financial investments and development.