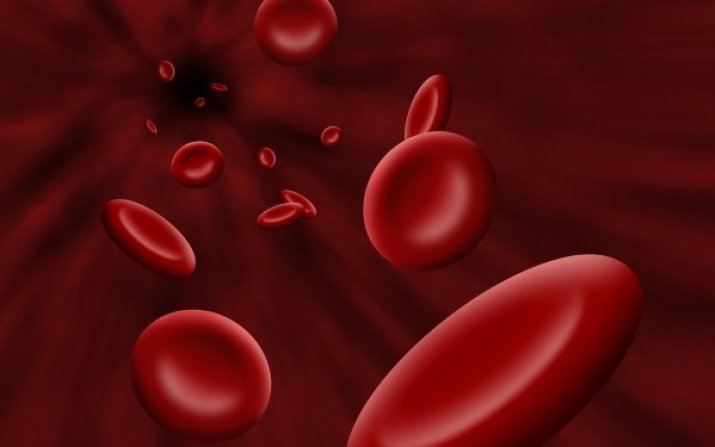 Researchers at Case Western Reserve University received a $486,000 Doris Duke Foundation award to discover how to predict when sickle cell disease patients will suffer an acute crisis and monitor the effectiveness of treatments.

For decades, scientists have known that during acute crises, patients’ red blood cells change shape from round to a sickle or crescent, become sticky and block flow of healthy oxygen-carrying cells in the body’s smallest blood vessels. The oxygen starvation kills tissues and causes pain and swelling in organs and joints, feet and hands.

About 3 million people worldwide suffer from sickle cell disease, mostly in Africa, India and the Middle East, with an estimated 100,000 adults in the United States and more than 1,000 in Northeast Ohio, according to the Centers for Disease Control and Prevention.

“Each crisis is an accumulative event, but numbers from a standard blood test tell us little about what’s happening in regard to this disease,” said Umut Gurkan, assistant professor of mechanical and aerospace engineering and leader of the project. “There’s a need for a more complex test that quantifies the red blood cell physical properties—that is, how sticky the cells are. If we can reliably measure the stickiness, we can predict a pain crisis and monitor patients more effectively.”

Gurkan is working with Case Western Reserve mechanical engineering PhD student Yunus Alapan at the School of Medicine; Jane Little and Lalitha Nayak, associate professors of hematology and oncology; and Connie Piccone, assistant professor of pediatrics. Deepa Manwani,, associate professor of clinical pediatrics at Einstein College of Medicine, and Robert Paulson, a cell biologist and professor of veterinary and biomedical sciences at Penn State University, are the basic scientists on the project.

Gurkan likens sickle cell disease to a Russian egg doll, which presents increasingly complex challenges as each layer is opened.

“It starts with the DNA, a single mutation in the gene that produces the protein hemoglobin, which carries oxygen in the blood,” he explained. “The hemoglobin should be distributed homogeneously throughout the red blood cell and be able to absorb or release oxygen easily.”

But with this mutation, a single amino acid in the hemoglobin protein is displaced and, as a result, the protein crystalizes and forms abnormally long chains in the cells. Similar to how water changes and forms crystals when it freezes, the protein chains change the physical and surface properties of a red blood cell, causing it to change shape and become stiff and sticky. The affected cells block blood flow.

The researchers don’t know what triggers a crisis, so they are using cell stickiness as a marker of the onset. They have begun using the foundation’s three-year Innovations in Clinical Research award to measure when changes in the physical properties of diseased red blood cells are associated with the painful event. For example, do sickle cells become two or three times as sticky as a normal cell when they start glomming onto one another and blocking blood vessels?

The team is also designing and building an at-home, hand-held testing device that enables patients and their doctors to monitor their blood for vital changes daily or weekly.

As designed, a patient puts a droplet of blood into the device. The blood is divided among three channels, each about half the height of a human hair—the diameter of some of the body’s smallest vessels. The lining of the channels will mimic the lining of the vessels, so that interactions with the red blood cells are true to what happens inside the body.

Results come in less than 10 minutes—the time it takes for blood to flow through the channels. During that time, images and measurements of blood cells are taken and relayed by a phone app to the patient and doctor.

“If we can immediately measure cellular properties, we can respond immediately,” Gurkan said.

They can also monitor the patient’s blood after medicine has been given, and see results immediately. Presently, a doctor can only determine the effectiveness of treatment when and if pain and swelling eases, which is late in the process.

Gurkan believes the device could be used to personalize medicine for each patient by watching how blood cells respond to different medicines and different amounts.

Concepts for the test were developed in weekly meetings with collaborators, he said.

“To come up with a new, novel medical technology, you need a crossover of disciplines and you need to work with clinicians and patients,” Gurkan said. “The School of Engineering is right across the street from the School of Medicine. I have an appointment at the School of Medicine as well—in orthopedics. That enables me to interact with researchers there. Because I’m part of their system, I have more opportunities to learn how we can work together.”

The Duke Foundation research focuses on adults, but a Belcher-Weir Family Pediatric Innovation Award from the Center for Clinical Research and Technology at University Hospitals (UH) Case Medical Center provided a $7,500 award to apply the technology for children.

Beyond adapting the test for young patients, the scientists hope to develop a mobile diagnosis method for newborns. Newborns with the disease have fetal hemoglobin, called HbF, which blocks the sickling action. They don’t show signs of the disease until after the level of HbF is reduced as they age.

If the technology proves workable, Gurkan and his colleagues say it also may be useful for other diseases, such as determining the physical properties of circulating cancer cells that come from a primary tumor and form secondary tumors elsewhere in the body.