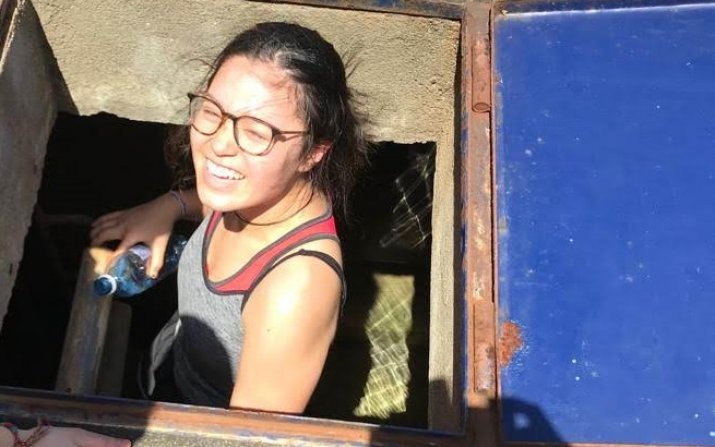 Members of the Humanitarian Design Corps learn to engineer on the fly, as the best laid plans often go awry.

Before flying off to Costa Rica in March, a team from the Humanitarian Design Corps at Case Western Reserve University pored over the design of a drinking-water system in a remote village and plotted measures to test and improve it.

They arrived at Las Pillas to find that plans they had studied on campus did not quite reflect the facts on the ground. Pipes were leaking. A key pump was over-working. Villagers were not using the system quite as they had expected.

So much for installing water meters.

“It was crazy to see how many things could go wrong,” said Ern Tan, a second-year mathematics major and the team lead on the project. “Some problems we expected had disappeared. Others popped up!”

The six students took a collective breath and went to work. About 40 households depended on the gravity-fed water system that earlier HDC teams had designed and installed. They spent spring break repairing and reengineering, in consultation with their grateful clients. For Tan, it was her first experience with engineering in the field--and one she may never forget.

“We definitely made progress. If we hadn’t come in, they would not have water at all,” she said. “But there’s a lot more to a project than I realized.”

The Humanitarian Design Corps, a four-year-old student group popular among engineering majors, promises real-life engineering lessons and social impact—locally and abroad--in exchange for volunteer labor. That’s an offer many are eager to accept.

About 50 students belong to the group, which has projects underway in Costa Rica, the Dominican Republic and Malawi. Club members learn to work as a team on sustainable energy projects in areas with pressing needs but limited resources. They also learn to work with clients from diverse cultures and backgrounds, establishing contacts, assessing needs, putting their high school Spanish to work as they organize and improvise.

Along the way, maybe, they become globally-minded engineers. That's the big idea.

“We work with them to plan and plan and plan,” said faculty advisor Andrew Rollins, PhD, a professor of biomedical engineering. “And not because we’ll be able to actually execute what we planned. It’s because we know that we won’t. So they have to react—and manage what they find on the ground.”

He believes the club is helping to shape students into problem solvers who can work anywhere.

“It’s one thing to be widely read,” Rollins said. “By visiting and working with people on their own terms, our students get a better idea. They see they have resources and opportunities that other people don’t have. Working together, maybe we can solve some problems.”

Cindy Serena Ngombe Massado, a first year chemistry major, hopes to travel to Malawi in August as the lead of a solar energy team. She and her classmates are designing a solar power system for Kasungu National Park, a tourist attraction that is also a center for academic research and youth education.

The students aim to bring light to the park headquarters so that it can accommodate more students and researchers. Corps members plan to build a solar system that will power lights and recharge electronic devices.

“That’s really important when you’re in the middle of nowhere,” said Massado, an international student from Cameroon.

During an assessment trip over winter break, they met the park directors and learned what materials could be sourced locally. They also installed a small solar power system that lights a kitchen at night and can recharge mobile phones.

Soon, they are going back with bigger plans.

“I feel the skills I’m learning are very important,” Massado said. “It’s more than wiring things together. It’s communicating with people from across the world, organizing a project, evaluating other people’s needs. This club enables us to learn a lot.”

One of the tallest challenges facing the corps is travel costs. Students pay a portion of their expenses but often that’s not enough.  The club has launch its first crowdfunding campaign, aiming to raise $6,000 by June 30, to help them get to places that need their help.

To help, or to learn more about the campaign, go to https://www.casealum.org/hdc