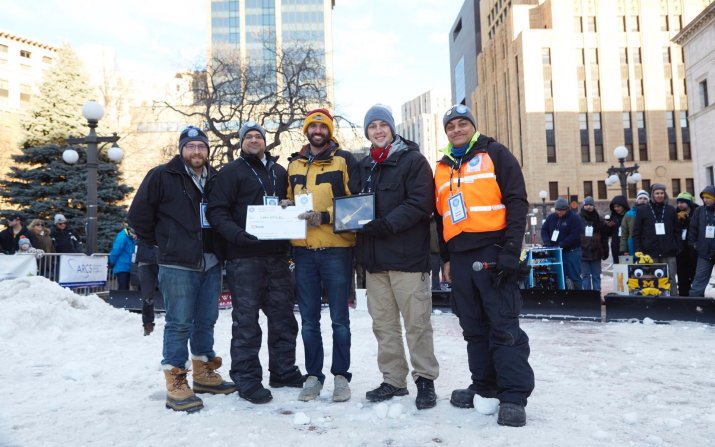 Hosted by the North Start Section of the Institute of Navigation Satellite Division, the competition challenges students to design, build and operate a fully autonomous snowplow to remove snow from a designated path, while safely avoiding moving and stationary obstacles.

Matthew Klein, William Baskin, Charles Hart and their robot OTTO-XL surpassed last year’s second-place finish to bring home the Golden Snowglobe, $7,000 in cash and a $3,000 travel stipend to present at the 2017 ION GNSS+ Conference in September. They also won the Golden Shovel Award for best student presentation, which included another $500.

OTTO-XL and the rest of the competition were featured in a recent mini-documentary and an article from Vice’s Motherboard.