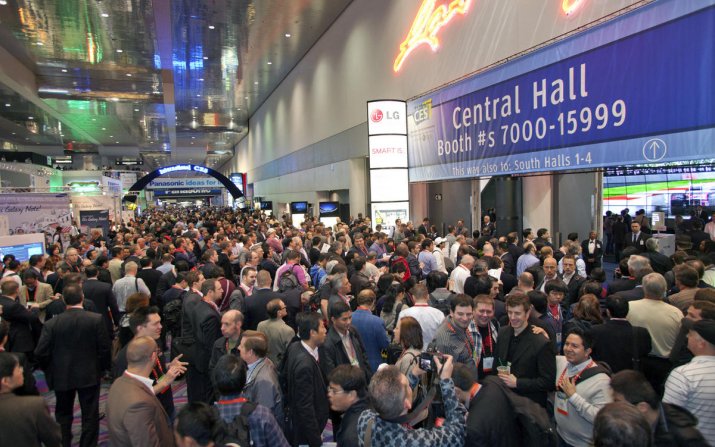 Although too young to gamble, student innovators from Case Western Reserve University hope to “hit the jackpot” by drawing interest for their inventions from investors and companies at the Consumer Electronics Association’s International CES on Jan. 7-10 in Las Vegas.

Case Western Reserve students will exhibit, demonstrate and promote such products as electric bicycles, energy-saving shower meters and even rockets. Additional rockets will greet the expected 152,000 visitors as they enter the exhibit hall of the Las Vegas Convention and World Trade Center.

Seven student companies from Case Western Reserve’s Blackstone LaunchPad, the campus entrepreneurship program, among the show’s 3,200 exhibitors, will display technologies designed and developed on campus. Many were created as classroom assignments and constructed in think[box], the university’s invention center.

New this year at CES is a section dedicated to college student innovators, called the Academia Tech Zone. The area is housed among 200 exhibits in the Eureka Park TechZone, which is dedicated to up-and-coming developments.

“The CES experience will give students the opportunity to sell their product or service to a worldwide audience.  They will be able to meet and receive feedback from a broad base of potential customers and partners.  This will include companies starting out to established businesses,” Sopko said.

Carbon Origins
Amogha Srirangarajan, an undergraduate engineering student, founded Carbon Origins, a startup with the goal to empower people with the best tools to explore the universe and in the process make space commonplace. They are designing sounding rockets, flight computers, payload-management systems, microcomputers with embedded sensors and small- to mid-size satellites. To date, they have designed 14 sounding rockets of varying sizes that have completed a combined 42 successful launches. The rockets are designed to be rapidly-reusable and carry science and engineering payloads to measure atmospheric and flight data, which is used to develop their suborbital rockets. The company expects to take its first commercial payload to space by fall of 2015.

EcoSpinners
Jean Zhao, a fourth-year chemical engineering major from Stow, Ohio, serves as president, and Chris Daroux, chief engineer, founded EcoSpinners in 2013. Combining 10 years of experience in development and manufacturing of advanced energy storage systems, Zhao and Daroux built a zero-emission-powered bicycle with no range or power limitations that easily maneuvers through traffic, avoids parking hassles and offers exercise and recreation. Using fuel-cell technologies to power the bike, the founders hope to capture the aging bike population that may need a little backup power to continue riding.

Sprav Water LLC
Craig Lewis (on leave to develop his business) is a senior macromolecular science and engineering major from Zanesville, Ohio. Sprav, a Bluetooth-enabled smart water meter, saves money by reducing wasted water and energy consumed in the shower. An app for smartphones and tablets allows for water use projections, water and energy reduction goals, as well as real-time viewing of shower utility consumption.

Widdle and Kudoala
Matt Strayer, a third-year business management major (with a minor in entrepreneurship) from Strongsville, Ohio, started two companies, Widdle and Kudoala. Widdle is an app that allows people to view their social networks and “widdle away” the posts that don’t matter without un-friending and un-following anyone. Kudoala is a social network dedicated to giving people public kudos to acknowledge the awesome things they do.