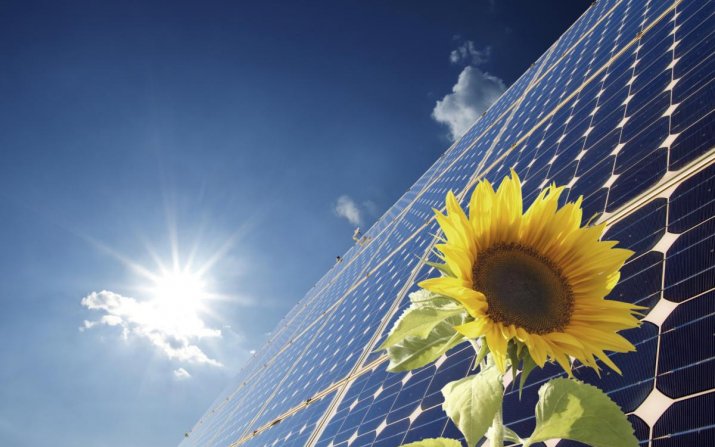 Engineers and scientists at Case Western Reserve University have been awarded federal funds to try to double the lifetime of thin-film solar energy cells.

Solar cells convert energy from the sun into electricity and are considered by many to be essential to the worldwide effort to reduce greenhouse gases and other pollutants generated by traditional energy production. Thin-film solar panels absorb a broader spectrum of sunlight and some versions can be manufactured at lower cost than widely used silicon solar panels, but they’ve been plagued with a shorter operating life.

The SunShot Initiative is a collaborative national effort that aggressively drives innovation to make solar energy fully cost-competitive with traditional energy sources before the end of the decade. Seeking to accelerate the development of low-cost solar technologies, the SunShot Initiative released a funding opportunity focused on Small Innovative Projects in Solar (SIPS).

The effort is based on research started by Ina Martin, an adjunct assistant professor of materials science and engineering and director of operations in the Materials for Opto/Electronics Research and Education (MORE) Center, based on methods she developed as a postdoctoral researcher at the National Renewable Energy Laboratory. The researchers who are continuing this study have backgrounds in chemistry, physics, materials science and engineering, and chemical engineering.

“Our concept is to take a thin-film solar panel that may have a short life and coat it with a material to exclude water—make it hydrophobic—and perhaps double its lifetime to 25 years,” Peshek said. “That would make it competitive with silicon-based solar cells.”

In earlier testing on aluminum-doped zinc oxide (AZO), a conducting oxide used in the top layer of some thin-film photovoltaics, the coating delayed degradation of the oxide and delamination of the film.

Heather Mirletz, who earned a master’s degree at Case Western Reserve in 2013, led the testing along with Roger French, the Kyocera Professor of Ceramics and director of the Solar Degradation and Lifetime Extension (SDLE) Center. Sam Sprawls and other undergraduates made films and coatings for Mirletz. Sprawls, now a fifth-year, will make films and coatings in this project.

“We understand the chemistry and the thin films; we’re now putting them together,” said Martin, who is co-leader of the research.

The coating will be made from a family of compounds called silanes, which are inexpensive and widely used in industry, particularly for protecting fiber optics. The compounds can be customized to enhance desired surface properties without affecting the optical or electrical properties of the film.

The National Renewable Energy Laboratory will provide materials and their performance history—a baseline from which the researchers will work.

The study will be done at three research centers on campus.

The team will use the MORE Center to develop a process to strictly control the deposition of a variety of silane monolayers; the SDLE Center to accelerate aging and weathering and test the cells’ durability and performance; and the Swagelok Center for Surface Analysis of Materials to understand the structure of the coatings and the interface with the AZO layer and the properties they engender.

If the researchers are able to substantially extend the lifetime of the cells, they plan to seek funding to further expand the research and apply it more broadly.

Coated AZO, an inexpensive material, could be used to replace more costly or polluting materials in other solar cells, as a transparent electrode display and more, Martin said.