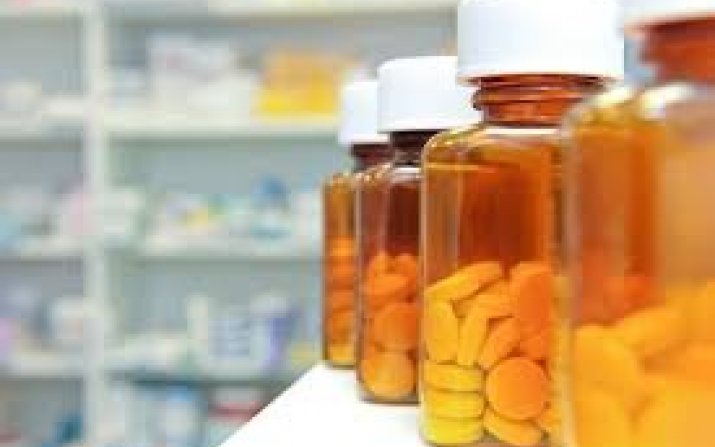 Fake or low-quality medicines and food supplements are an ongoing global problem in underdeveloped nations, although technology-savvy places, such as the United States, are also not immune.

A researcher at Case Western Reserve University is developing a low-cost, portable prototype designed to detect tainted medicines and food supplements that otherwise can make their way to consumers. The technology can authenticate good medicines and supplements.

"There is a big problem with counterfeit and substandard medicines in poorer countries, particularly in Africa and Asia,” said Soumyajit Mandal, assistant professor in the Department Electrical Engineering and Computer Science in the Case School of Engineering. “In the U.S., the biggest problem is with various dietary supplements.”

Mandal and his collaborators are developing a small, box-like detector that has been preliminary tested in field trials.

“The work builds on—and improves—a related project introduced in Europe a few years ago to create a portable, low-cost detector for medicines,” he said.

Mandal said the detector he and his colleagues are developing is much more flexible (capable of analyzing a wide variety of medicines and dietary supplements), and more sensitive (capable of measuring smaller quantities).

Mandal is the principal investigator of the research and co-author of an associated paper to be published in IEEE/ACM Transactions on Computational Biology and Bioinformatics, a bimonthly peer-reviewed scientific journal.

Research participants are Professor Swarup Bhunia at the University of Florida, in Gainesville, Fla., and Research Fellow Jamie Barras and Professor Kaspar Althoefer, both at King’s College London.

“Current results are very promising and have advantages over competing methods,” Mandal said. “The required instrumentation is simple and low-cost, compared to other analytical techniques, such as optical spectroscopy.”

The paper, titled “Authentication of Medicines using Nuclear Quadrupole Resonance Spectroscopy,” links their research to the concept of safe medicines “as a human right.” In 2013, the United Nations Human Rights Council adopted a resolution focused on access to medicines “that are affordable, safe, effective and of good quality.”

“We think our technology will have an important positive impact on public health by enabling consumers to directly authenticate the contents packets or bottles without having to send samples to an analytical chemistry lab,” Mandal said.

A medicine or dietary supplement might be incorrectly labeled for a variety of reasons—intentional fraud, poor manufacturing practices and degradation due to poor storage or post-expiration date. The key to detection is to know the proper active pharmaceutical ingredients (API) in a medicine or supplement, so technicians can determine whether a pill or powder is what it appears to be. The technology being developed in Mandal’s lab does not authenticate liquids.

The device uses Nuclear Quadrupole Resonance (NQR) spectroscopy, a non-invasive and non-destructive analytical technique for medicines and supplements in pill or powder form. Most chemical elements have nuclei that generate NQR signals. Almost all medicines have API with NQR-active nuclei.

Mandal’s research team proposes a “chemometric passport approach” for quality assurance. Data on packaged medicines will be derived from a spectroscopic analysis performed at the point of manufacture. The contents of the packet will later be authenticated by matching the results of another spectroscopic analysis using unique chemical identifiers from a reference spectrum.

Authentication information can be accessed either from a secure database stored in the cloud, or from information encoded directly within the product barcode. The absence of a match triggers a “contents don’t match the label” alarm on the testing device.

Mandal said that capability would be particularly useful at customs checkpoints and postal sorting offices when a barcode might not be visible. One day, he said, a person might be able to test his or her own medicines or supplements at home, which would have a direct effect on public health.

“Part of what we are proposing is to take this product and do a systematic survey of how much misidentification there is out there,” Mandal said. “We need more data to understand the extent of the problem. We are recruiting people willing to try our prototype.”