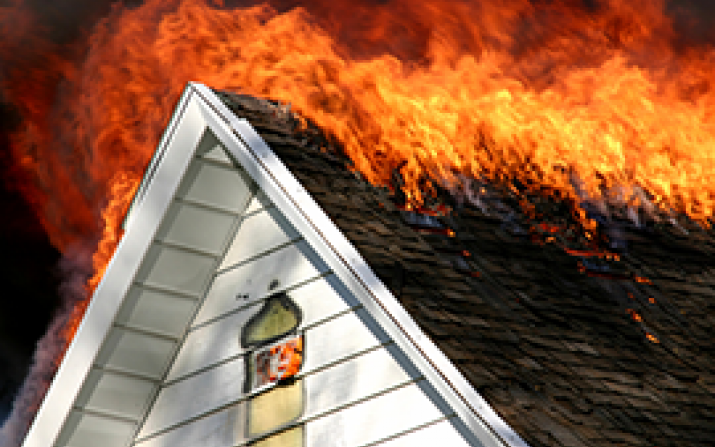 During the next three years, researchers at Case Western Reserve University will team with NASA Glenn Research Center and firefighters nationally, from Cleveland to Oregon, to design and test sensors aimed at protecting firefighters from respiratory damage and illnesses.

The Department of Homeland Security/Federal Emergency Management Agency has awarded the group a $1.5 million Assistance to Firefighters/Fire Prevention and Safety Grant to make prototypes.

The sensors will alert structural and wildland firefighters of hazards in the air after they’ve entered the phase called “fire overhauling or mop up.” At this stage, the main fire in buildings, forests or open land have been knocked down and their duties include cleaning up, detecting and preventing secondary fires and managing other tasks.

Firefighters often remove their self-contained breathing apparatus during overhaul, based on readings from their carbon monoxide detectors. But recent studies, including one by members of this research group, found the firefighters may be exposing themselves to particulates and toxins that could cause respiratory problems.

The sensors will expand on NASA’s compact particulate and gas sensors used to detect fire in the International Space Station to also recognize and alert users to toxic gases, including formaldehyde and acrolein.

“The sensors used in space detect harmful particulates, but the gases are limited to major species such as oxygen, carbon monoxide, carbon dioxide and hydrocarbons,” said Fumiaki Takahashi, a professor of mechanical and aerospace engineering at Case Western Reserve, and leader of the effort.

Chung-Chiun Liu, the Wallace R. Persons Professor of Sensor Technology and Control in the department of chemical and biomolecular engineering at Case Western Reserve, will develop additional sensors to detect formaldehyde and acrolein gases, Takahashi said.

Formaldehyde is in building materials such as pressed wood, particleboard, plywood and foam insulation. It’s found in fungicides and industrial disinfectants, and is released during forest fires and when lumber, tobacco, gasoline, methane and oil are burned. Exposure causes eye, nose, throat and lung irritation, and long-term exposure to high levels causes cancer.

Acrolein is used in pesticides, herbicides and fungicides and in the process of making acrylic acid. It also forms when tobacco, wood and fuels such as gasoline and oil are burned. The chemical was used as a weapon during World War I, causing lung and skin damage.

The Fire Protection Research Foundation in Quincy, Mass., will help in forming a balanced and diverse technical panel that includes fire service representatives and appropriate subject matter experts, this fall.  The panel will provide external evaluation and guidance on the project.

The researchers, who include Makel Engineering in Chico, Cal., will integrate the toxic gas sensor with NASA’s compact sensors in a small and light unit that can be hand-held or worn outside protective gear.

The Cleveland Division of Fire, Tualatin Valley Fire and Rescue in Greater Portland, Ore., and U.S. Forest Service will then test them in the field.

The Fire Prevention and Safety (FP&S) Grants are part of the Assistance to Firefighters Grants (AFG) and support projects that enhance the safety of the public and firefighters from fire and related hazards. The primary goal is to reduce injury and prevent death among high-risk populations. In 2005, Congress reauthorized funding for FP&S and expanded the eligible uses of funds to include Firefighter Safety Research and Development.