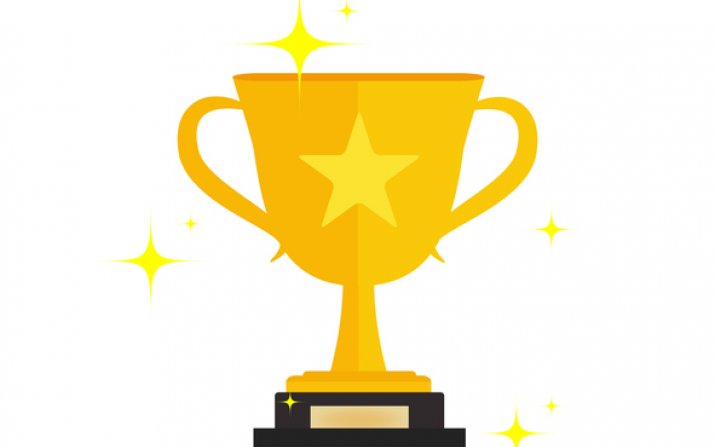 A group of Case School of Engineering student athletes were recognized for their achievements—on and off the field—at the 2019-20 (virtual) Athletic Awards Show on May 11.

Graduating senior Ilissa Hamilton, Biomedical Engineering, Women’s Softball team, received the Bill Sudeck Outstanding Student-Athlete Award, which honors the individual who best exemplifies the attributes of the Case Western Reserve University student-athlete in the spirit. The award is given to the student-athlete that has demonstrated and achieved significant athletic accomplishments, academic achievements, engagement in campus activities, and has shown leadership in athletics and in the classroom.

King was also the recipient of the Emily R. Andrews Award, for her strong contributions to the volleyball program, maintaining a high level of academic achievement, showing leadership within the team, and contributing service to the department and University. King is a two-time Academic All-American, earning first team honors as a senior and second team honors as a junior.

First year student Maria Pritchett, Biomedical Engineering, Women’s Swimming and Diving team, received the 2019-20 Nancy Gray Rookie of the Year Award, presented annually to a first-year female student-athlete who has made an outstanding contribution to her sport during her first year of competition. Pritchett claimed an all-America honor by qualifying for the 2020 NCAA Division III Championships in the 400-yard individual medley. During the season, she broke a pair of five-year old school records, recording a time of two minutes, 5.87 seconds in the 200-yard individual medley and four minutes, 28.40 seconds in the 400-yard individual medley at the University Athletic Championships. The award was presented by its namesake, Nancy Gray, a former longtime coach and administrator at CWRU.

First year student James Hopper, Biomedical Engineering, Men’s Tennis, received the Robert Del Rosa Rookie of the Year Award. Hopper claimed a National Doubles Championship at the ITA Cup, while finishing fifth in the singles draw at the event in the fall. He also secured All-America honors by winning both the singles and doubles championships at the Fall ITA Regionals. Hopper finished the year with a 31-2 doubles record and a 21-4 singles mark, while playing at the team's no. 1 position for both. He came just two doubles wins shy and nine singles wins away from setting the program's single-season records, despite seeing his spring campaign cut nearly in half by the pandemic. The award was presented by Chris Nader, a Spartan Club Hall of Fame inductee, and an All-American wrestler for Del Rosa.

Junior Caitlyn VonFeldt, Mechanical and Aerospace Engineering, Women’s Swimming and Diving team, received the Dorothy L. Hoza Award. The award is given annually to the female freshman, sophomore or junior student-athlete who has made a strong contribution to the women's intercollegiate sports program, maintained a high level of academic achievement, shown leadership in the team and contributed to the Department and the University. VonFeldt is a three-time All-American, which includes a pair of All-America honors this season. She has qualified for the NCAA Championships all three years of her career, including this season, when she qualified individually in the 100-yard breaststroke and as a member of the 400-yard medley relay team, before the meet was cancelled due to the pandemic. She is the current school record holder in five different events – the 200-yard backstroke, the 200-yard medley relay, the 400-yard medley relay, the 200-yard freestyle relay and the 400-yard freestyle relay. In addition, she is a two-time Academic All-UAA honoree. The Hoza Award was presented by Angie Zeuch, who is a Spartan Club Hall of Fame inductee and a former CWRU basketball player who claimed the honor herself in 2001.

Anika Washburn, Computer and Data Science and Spanish, Women’s Soccer team, received the Glenn and Peggy Nicholls Female Athlete of the Year Award, presented annually to the female student-athlete who has made outstanding contributions to her sport. Wasburn earned a place on the All-America Second team and was selected as the University Athletic Association's Most Valuable player, becoming the first player in the program's history to win the honor. In addition, she claimed spots on the All-UAA and All-Region First teams. She started all 19 games for the Spartans, setting program single-season records with 14 goals, 33 points and seven game-winning goals, as she led her team to just the second NCAA postseason berth in the program's history. She was also selected to the Academic All-America Second team following the season. Glenn Nicholls, the former Vice President for Student Affairs at CWRU and one of the award's namesakes, presented the honor.

Congratulations to all of our student athletes!