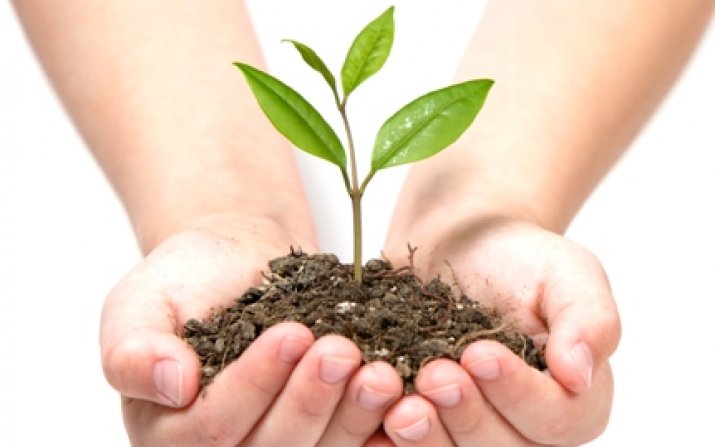 On a section of East 84th Street dotted with abandoned buildings and vacant lots, five seniors from a Case Western Reserve University chemical engineering class spent the spring building a community garden they handed over to residents and others this week.

Leafy greens and onion stems rise from dark, rich soil in beds raised and sealed from unhealthy lead in the gravely ground beneath and the chemicals used to pressure-treat the lumber frames.

A rake, left atop one bed, awaits its owner’s return.

”We have something physical to show, something that will live on after we leave,” said Kelley Morris, who graduates from Case Western Reserve with a chemical engineering degree on May 18.
Read the Cleveland Plain Dealer's coverage of their project.

Morris, 22 of Waynesburg, Pa., and her team were all in a senior capstone course taught by chemical engineering professor Daniel Lacks, who learned about this vacant lot by word-of- mouth.

Debora Pruitt, a building service worker at the university, owns the land. She told co-worker Mischelle Brown, who is earning a master’s degree in positive organizational development at Weatherhead School of Management, that she hoped to create a community garden on the plot.

Brown mentioned it to Lacks at an Ethics Table Fellows gathering on campus and asked if he had students who would be willing to test the soil.

Lacks told his students about it and, “The students ran with it and they did everything,” Brown said.

They went to university farms horticulturist Chris Bond and farms director Anna Locci, who helped them design the plot and provided advice, plants, seeds and other supplies. The university’s Facilities Services provided compost and mulch.

“We couldn’t have done this without their help,” Morris said.

To protect themselves and others from lead dust, the seniors spread the site with newspapers and covered them with a layer of wood mulch.

They hauled lumber, drilled and hammered—building bed frames during a March deep freeze, running back and forth between the worksite and senior Becky Tun’s car to warm themselves. Tun, 21, is from Laurel, Md.

They shoveled and wheel-barrowed compost and soil and put the early crops in the ground.

“These kids walked by and asked us what we were doing,” Raven Alford, 22, from north of Columbus, said. “We told them we’re working on a garden. Want to help?’ They ran home and got gloves and tools and came back and helped.”

“They were awesome,” said Gerardo Ortega, 21, from Medina, Ohio. “Some of them came back a day we weren’t here. They leveled out the compost and left a rake.”

“That tells me we’ll be successful after we leave,” Ortega continued. “If the children are into it, the adults will support it.”

The four and Makenzie Lein, 21, of Petersburg, Mich., were putting together a slow-drip irrigation system before finals started. Corn, squash, radish, tomato, cucumber seeds and more await warmer weather and other’s hands to put them in the earth.

In the center of the plot there’s room for people to gather or just sit in the quiet on a pair of park benches the students installed.

Brown is now working with students from the Cleveland Municipal School District, who will join Pruitt’s friends and family and other community members to finish this season’s planting and weed, water and eventually harvest the crops.

Some of the food will be sold from a convenience store on the corner, Brown said.

The five seniors have grown to respect and enjoy the neighbors, who would stop by to talk and help and are excited about having a garden in which the children can work.

Lacks’ other students spent the semester on computers, figuring out such things as extracting diesel fuel from lower-value products at a refinery or other theoretical work for their senior capstone projects.

Here the group performed a laboratory analysis of the soil and modeled the viscous losses in the irrigation system. Applying their engineering skills to create a park-like garden that helps the community made this, Alford said, “a lot more fun than anyone else’s project.”