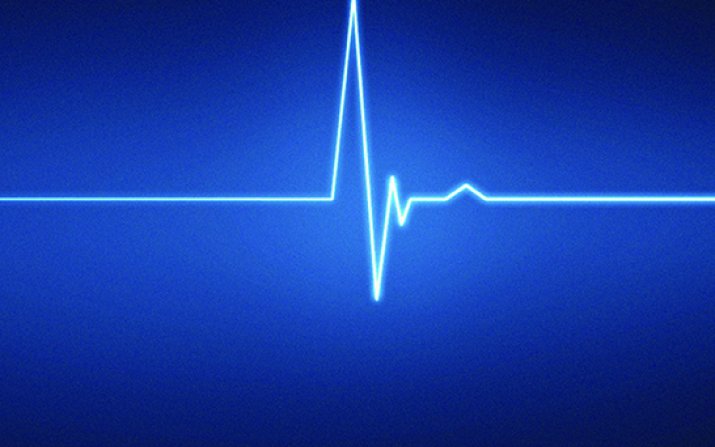 Doctors have long characterized epilepsy as a brain disorder, but researchers at Case Western Reserve University have found that part of the autonomic nervous system functions differently in epilepsy during the absence of seizures.

This connection to the involuntary division of the nervous system may have implications for diagnosing and treating the disease and understanding sudden unexpected death in epilepsy (SUDEP).

The research is published online in the Journal of Neurophysiology.

“All the findings of our study on heart rate variability in epilepsy point to increased activity in the parasympathetic nervous system during sleep,” said Roberto Fernández Galán, assistant professor of electrical engineering and computer science and senior author of the study. “But we don’t know if this abnormality compensates for epilepsy, coincides with the disease or is part of the etiology.”

Specifically, the parasympathetic—or “rest-and-digest”—nervous system modulates breathing and slows the heart rate of sleeping children with epilepsy substantially more than in healthy children.

To their surprise, the researchers also found that several children who had been diagnosed as neurologically normal—but had similar strong modulation and low heart rates—were later diagnosed with epilepsy.

The discovery suggests that changes in the parasympathetic tone precede the onset of epilepsy in children.

The group studied the electrocardiograms of 91 children and adolescents with generalized epilepsy, and 25 neurologically normal children during 30 minutes of stage 2, or light, sleep. No subjects were suffering from a seizure during these intervals.

The researchers found that respiratory sinus arrhythmia—the increase in heart rate during inhalation and decrease during exhalation—was more pronounced in patients with epilepsy, and that their heart rate also was significantly lower.

Those changes are consistent with increased firing of the vagus nerve in children with epilepsy, compared to those without, the researchers suggest. The vagus nerve is the main trunk of the parasympathetic nervous system. The more the vagus fires, the more it slows the heart, especially during exhalation.

The researchers found no difference in blood pressure between the two groups of children, indicating the sympathetic nervous system, which is responsible for fight-or-flight responses, is not involved.

All of the children in the study had electroencephalograms monitoring their brain activity during the 30-minute periods of sleep. There was no abnormal activity found there, either.

Galán said that by further defining differences in the respiratory sinus arrhythmia between children with and without epileptics, they may be able to identify thresholds, or biomarkers, to diagnose those with epilepsy or at risk of developing the disease.

The researchers say the findings also raise the possibility that medicines that help control the autonomic nervous system may help control epilepsy.

Other researchers, including Kenneth Loparo, chair of the Department of Electrical Engineering and Computer Science at Case Western Reserve, and Samden Lhatoo, MD, professor of neurology at Case Western Reserve School of Medicine, have shown that autonomic dysfunction may play a role in SUDEP, the most common cause of death among people with uncontrollable epilepsy.

“This may be a key contributing factor,” Sivakumar said. “The heart rate and breathing decline dramatically after a seizure. If they are already low, and are then lowered further, that may cause a child to go a minute or more without a breath or pulse.”

Severe epilepsy in adults is sometimes treated by implanting an electrode to stimulate the vagus nerve, which, in turn, stimulates the brain. The treatment provides some relief for about 30 percent of patients, but other patients get no benefit and some find that their conditions worsen.

“In light of our new findings, we call for caution,” Galán said. “The implant may be slowing the heart during sleep even more.”

The study was funded by The Hartwell Foundation. The researchers are now seeking financial support to broaden their study to adults, to include patients from several hospitals across the United States and to begin investigating whether medicines that modulate the parasympathetic system may be used to treat epilepsy.