“Chameleon roofs” of future could save money, energy 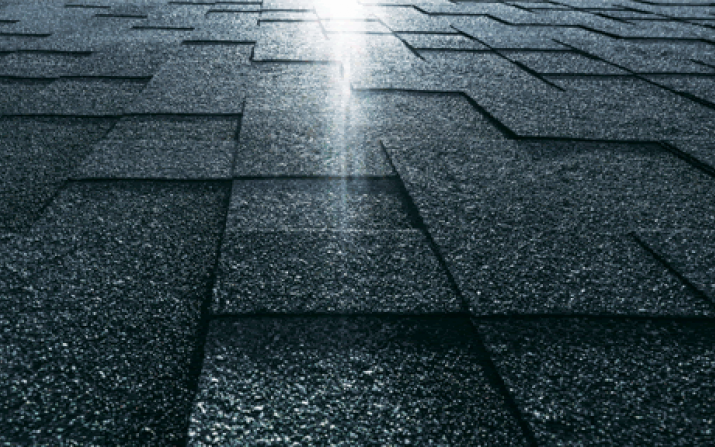 In Bill Yu’s future world, the roof of your house might change its colors from dark blue to light blue when the sun comes out—and both your pocketbook and the planet might thank you for it.

Yu, a civil engineering professor at Case Western Reserve University, calls them “chameleon roofs,” describing existing asphalt shingles coated with plastic film or a spray paint that changes color depending on the amount of natural light.

A darker roof will absorb more heat from the sun and help to heat a house in winter; a lighter-colored roof will reflect the light and help keep a home cooler in the summer, Yu said.

About 40 percent of an average building’s energy use and expense comes from heating and cooling, Yu said, making the changeable roof system potentially a money-saving innovation for homeowners and businesses alike. Buildings also use about 30 percent of the world’s electricity, much of it still generated from fossil fuels.

Yu—and collaborator Jianying Hu, a former postdoctoral researcher at Case Western Reserve now at Southeastern University—experimented with various colors and materials in different climate situations. In addition, they are testing another system to more efficiently scatter or concentrate collected light particles to increase the efficiency of the material.

Their work  published in a new research paper detailing this “adaptive thermochromic roof system” in the journal Energy & Buildings.

The system has not yet been tried on residential or commercial roofs, but computer models across climates in seven U.S. geographic regions projected success rates of varying degrees.

The thermochromic roof system was most effective in San Francisco, showing a combined savings of more than 47 percent in heating and cooling over the course of a theoretical year.

Yu came up with the idea as a way to improve upon the U.S. Department of Energy’s “Cool Roof” program, which advocates for roofs painted white to reflect light and heat in warmer areas of the country, which helps reduce the phenomenon in bigger cities known as the “urban heat island effect.” “In a world of climate change, you have areas experiencing wilder swings in temperature,” Yu said, “so having a roof that reacts to both heat and cold could be beneficial no matter the time of year.”