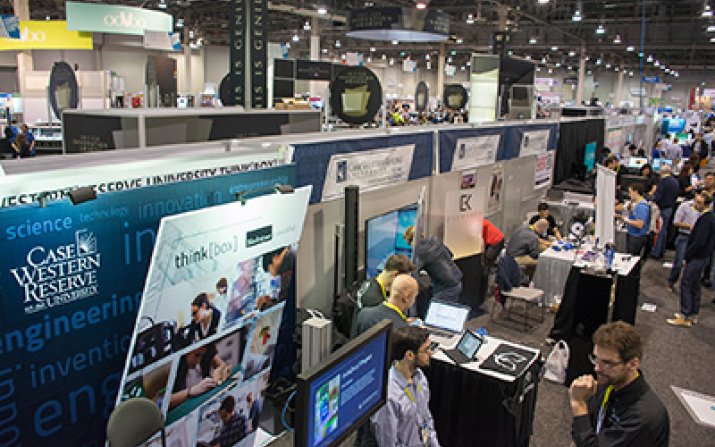 More than 30 Case Western Reserve University students, staff and alumni will showcase their inventions, startup ventures and entrepreneurial and innovation resources on a global stage: CES, produced by the Consumer Technology Association, in Las Vegas Jan. 6-9.

It marks Case Western Reserve’s third consecutive year exhibiting at the event—and largest representation yet. CES, which annually attracts more than 170,000 visitors from all over the world, introduces next-generation innovations to the marketplace.

His message: With university “maker” spaces designed to encourage experiential learning and entrepreneurial thinking gaining in popularity, their full impact will arise when connections to the broader innovation ecosystem, including production, are included.

As a key institution in Cleveland’s emergence as a rising startup city nationally, Case Western Reserve’s exhibit of 10 booths at CES will display and demonstrate the following and more:

Many of the innovations were made possible through support of the Burton D. Morgan Foundation, CWRU LaunchNet, and Case Western Reserve’s Technology Transfer Office.